« If Beale Street Could Talk review 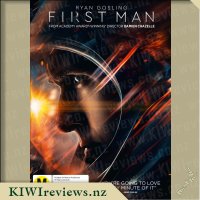 On the heels of their six-time Academy Award-winning smash, La La Land, Oscar-winning director Damien Chazelle and star Ryan Gosling reteam for Universal Pictures' First Man, the riveting story of NASA's mission to land a man on the moon, focusing on Neil Armstrong and the years 1961-1969. A visceral, first-person account, based on the book by James R. Hansen, the movie will explore the sacrifices and the cost- on Armstrong and on the nation -of one of the most dangerous missions in history. Written by Academy Award winner Josh Singer (Spotlight), the drama is produced by Wyck Godfrey & Marty Bowen (The Twilight Saga, The Fault in Our Stars) through their Temple Hill Entertainment banner, alongside Chazelle and Gosling. Isaac Klausner (The Fault in Our Stars) executive produces. DreamWorks Pictures co-finances the film. 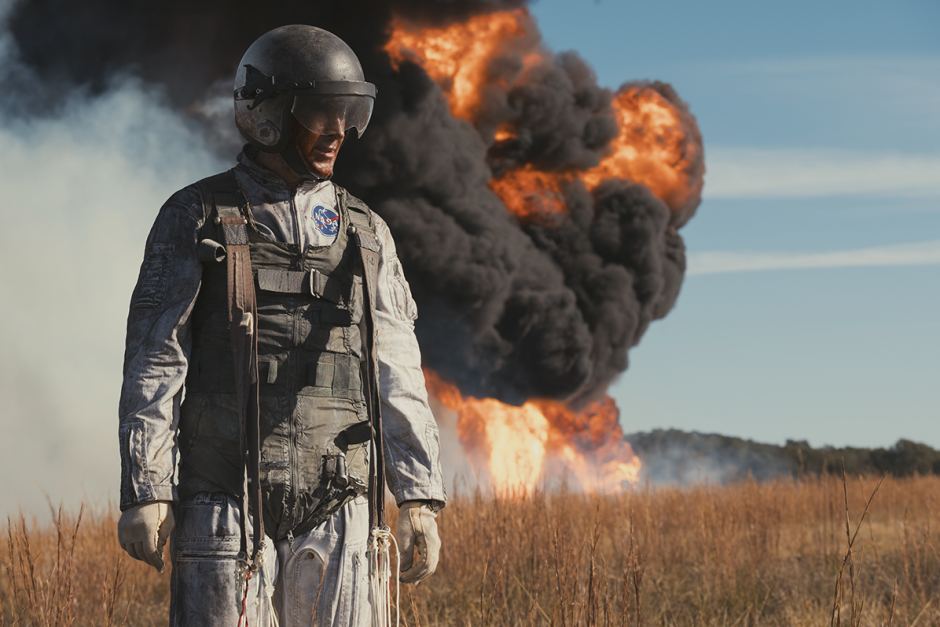 First Man is out on DVD today. The film focuses on Neil Armstrong, the first man to walk on the moon (unless you believe Stanley Kubrick was involved in faking the whole thing). First Man is not the action-packed film like predecessors Apollo 13 or Gravity, neither does it highlight the civil rights movement like 2016's runaway hit, Hidden Figures. First Man focuses on Neil Armstrong and the effects that the space race had on his friends and family and ultimately his own mental health.

As such, the film doesn't necessarily focus too much on NASA itself or the mission (while it is always there in the background); First Man is more interested in the costs and sacrifices, the toll that it all took on Armstrong. Almost set up like a war movie, the film opens with the loss of Armstrong's daughter, an event that effects Armstrong's temperament for the remainder of the film, as this meticulous, calculating man, retreats emotionally into an introverted, stoic character. The film spans eight years, as NASA attempts to get ahead in the space race. each experiment or training scenario becomes a battle, where the astronauts don't know whether they will come out alive.

But while the action and tension increase as the film progresses, the Gosling's emotional connection with the characters withdraws further and further with every loss. As a result of something that could look to be comparable to a form of PTSD, all of the emotional acting comes not from Gosling's Armstrong, but from his wife (portrayed by Claire Foy).

Detached. Grounded. Stoic. Passive. These are all words that could be used to describe the film's portrayal of Armstrong in the lead-up to the successful Apollo mission.

Visually, the film has been shot in an interesting fashion with a variety of different formats. Some of the flashback shots done with a grainier low-tech format (or 60's look, you could call it), others are in higher detail (more likely 70mm), but most importantly, if you pay attention to the aspect ratio, you will notice the later space shots expand the scope, filling the whole screen with maximum glorious detail in a modern IMAX format.

First Man is no big action film. It is a slow building family drama that just happens to include an astronaut. It is refreshing to see a more balanced look at the time, showing the presence of protesters that opposed such high expenditures on NASA (not dissimilar to current disagreements in the US to a certain wall). The film, while still very "America is great", does look more at the personal cost. It glosses over the planting of the flag, to instead remind the viewers of the losses and struggles that it took to get to that point.

One of the advantages that this DVD has over the theatrical release, is the special features. It has finally happened that a DVD actually has some reasonable special features. Probably the most interesting piece comes in the form of the audio commentary. First Man does come with its own fair share of controversy about how things are depicted, or about the accuracy (or inaccuracy) of the film, and these things are talked about at length during the commentary. Whether it be the timing of events, or what Armstrong does on the moon, every decision is discussed.

It's often forgotten, the true cost of such endeavours. And while First Man, is undoubtedly a slow film that tries to minimise the usual "exciting" tropes for a space film, it creates some breathtaking visuals and provides a more balanced look at the space race (even if it only scratches the surface).

Score: 9.5
Product reviews for listing 3528: Tinker Bell and the Secret of the Wings -  Directed by Peggy Holmes

Journey with Tinker Bell and her fairy friends into the forbidden world of the mysterious Winter Woods, where curiosity and adventure lead Tink to an amazing discovery and reveals a magical secret that could change her world forever.