Rise of the Jain 1 - The Soldier review 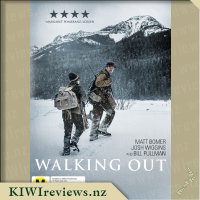 Disclosure StatementFULL DISCLOSURE: A number of units of this product have, at some time, been supplied to KIWIreviews by Universal Pictures NZ or their agents for the purposes of unbiased, independent reviews. No fee was accepted by KIWIreviews or the reviewers themselves - these are genuine, unpaid consumer reviews.
Available:
at selected retailers from July 2018

As the pair ascend into the wilderness, Cal tried to connect with David by recounting the story of his own first kill, on his last hunting trip with his now long-dead father (Bill Pullman). After their trip is disrupted by a chance encounter with a grizzly bear, a wounded Cal realizes they must both rely on David's strength and resilience to survive. 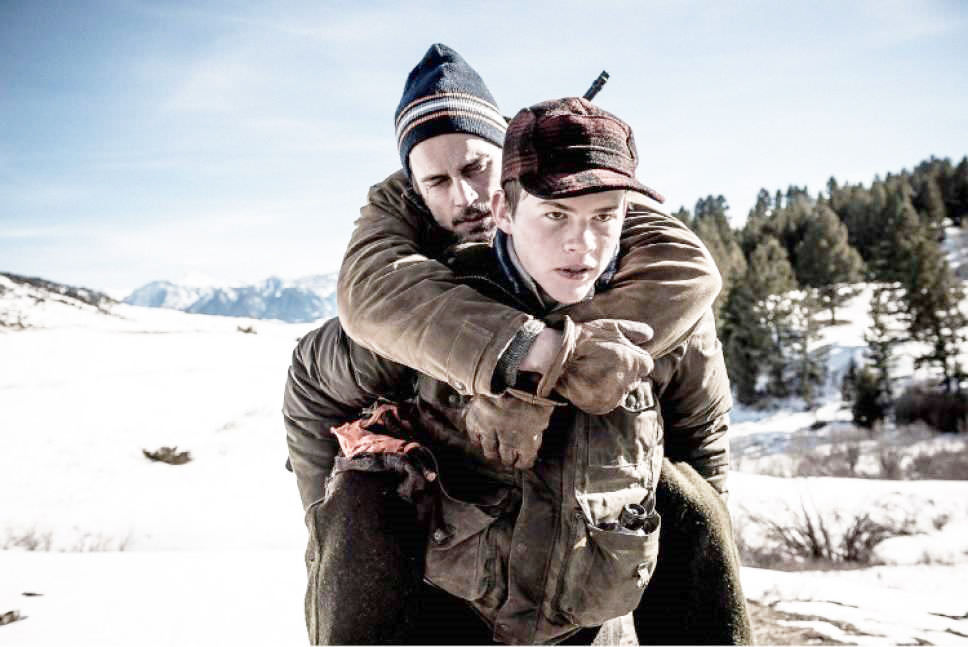 A film that covers big game hunting certainly sounds like an action film, but that is not the focus of this film. Matt Bomer and Bill Pullman are in this film, but their names don't add anything to the film. The film is very simple; it is all about highlighting the difference between hunting and killing. It is done in a bit of a roundabout way, under the guise of father-son bonding, and a quest for redemption.

Following a father and his son, who has become distant since the parents separated, the film follows a big game hunt that goes awry, and their fight to make it home. The son trying to navigate and get his father to safety is obviously a long and tiresome episode, and the film breaks that up by including the fathers own first and only big game hunt with the grandfather. As the film progresses and we are fed more and more of the fathers story through flashbacks, we start to see the motivation for this hunt; why so much importance is placed on hunting vs. killing. How his own hubris had negatively affected his relationship with his dad.

While there are some questionable moments in the film, in terms of being realistic, there are many more that are right on the money. A teens awe of nature, the struggle walking on snow and navigating a white landscape, dehydration surrounded by snow, and the alarming ease in which severe hunting accidents can occur in unexciting ways (it's not always going to be battling a bear or moose to the death). The ending is really the most realistic part of all.

The film is beautifully shot and does well to convey the feeling of isolation. The beginning of the film is less compelling. Faced with the problem of trying to deal with the problem of every young person having a GPS-enabled smart phone, the film does drive a stake further between the father and son, with this unnecessary "Technology will rot your brain" rhetoric hampering this father that wants his son to enjoy visiting him.

As mentioned earlier, Matt Bomer and Bill Pullman are in the film, and really having recognisable names and faces does nothing for the film. Their portrayal of the father and grandfather respectively could be done by any actors, and would have actually been more genuine a film if they had been lesser known actors. With Bill Pullman's character taking up less than a couple of minutes of screentime, it feels like the call was made to try bring in viewers without adding to the quality of the film. Josh Wiggins, who plays the son, David, is the clear star of the film. With the most emotional range, you can see the frustration & helplessness, fascination & wonder, all through his eyes and facial features.

The world have become very opinionated with the rise of the internet and social media, and there has been a lot of backlash towards hunters, when there are two types that are lumped in together. There are those that hunt for food, and to maintain the balance of the ecosystem, hunting invasive species and preventing overpopulation of species, and try to take down the animals in the quickest most humane way. And then there are "hunters" that hunt purely to kill. Large gauge shells, or automatic weapons. No interest in the meat, or the ecosystem. Killing for the sake of killing. A line is drawn, visually and emotionally, and its something that needs to be understood. This film covers both the positive and negative types of hunter, differentiating into the more accurate descriptions of hunter and killer.

It's interesting to see a film using father-son bonding to teach the differences in hunting. Usually, it would be using the hunting to show the importance of father-son bonding. Similar content, but a much different result.