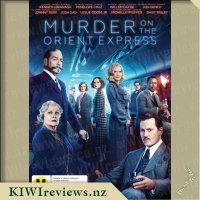 Disclosure StatementFULL DISCLOSURE: A number of units of this product have, at some time, been supplied to KIWIreviews by Universal Pictures NZ or their agents for the purposes of unbiased, independent reviews. No fee was accepted by KIWIreviews or the reviewers themselves - these are genuine, unpaid consumer reviews.
Available:
March 2018

Score: 5.0
Product reviews for listing 5092: The Lords of Salem
Directed by Rob Zombie

The Lords of Salem is a 2012 Canadian-American independent horror film written, produced, and directed by Rob Zombie.
The plot focuses on a troubled female disc jockey in Salem, Massachusetts, whose life becomes tangled with a coven of ancient witches.