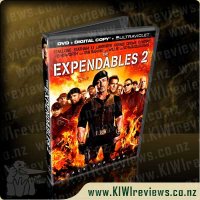 Mr. Church reunites the Expendables for what should be an easy paycheck, but when one of their men is murdered on the job, their quest for revenge puts them deep in enemy territory and up against an unexpected threat.

I love my action films, so when they made the original Expendables movie, I was guaranteed to love it no matter what they did. It was the problem where I idolised these action heroes as a child and teen, and they could do no wrong. Having a star-studded cast including; Stallone, Statham, Li, Lundgren, Couture, Austin, Crews, Rourke, and Willis, meant that it would be legendary.

That being said, when the sequel was announced, I was less excitable. having seen my favourite action heroes interacting together, I failed to see how the sequel would entertain me. A yet they did. Giving Schwarzenegger and Willis bigger roles, and the addition of Chuck Norris, and Jean-Claude Van Damme expanded the already huge wow-factor to the expendables franchise.

And the plot was very much a simple action movie plot, but with so many action heroes, it created many chances for witty banter, and the hilarious intentional use of other actors catch phrases. The plot was actually deeper than a lot of films these days, which bodes well for the 3rd upcoming installment.

Action, action, and even more action. With legends trying to outdo each other, but above all they look like they are having fun in what any normal person would consider a horrendously terrifying and life-threatening situation. It proves to be a film that still has that feel-good vibe despite the enemy death toll at the end. Can't wait for Expendables 3!

When flying with my family recently I thought why not watch a no brainer movie without much story. But, with all the disruptions, eating and dealing to the children I completely got lost with what was happening. So glad it is now being shown on Sky.

Growing up watching movies like Commando, Die Hard and Kick Boxer its great to have them all in the one movie. Granted, its not a very sophisticated plot "Team gets sent to retrieve an item from a plane accident only to have it stolen from the bad dudes and they all try to get it back with a lot of blood shed along the way. Millions of bullets being shot all the time and surprisingly only the good guys manage to hit anyone." Theres the classic 'unnecessary' over the top stunts like a motor bike flying thru a helicopter or a plane crashing into a hanger with everyone surviving.

But, its not all doom and gloom - what does make this movie great is the relationships, the banter and the fantastic way they refer to each others movies. Its great to see they left their egos at the door and are laughing at themselves and each other. Love Norris comment about being bitten by a snake and then it died a painful death. Or Schwarzenegger and Willis swapping there trademark catch phrases. Arnie starts to say 'I'll be back' just for Willis to cut him off and say 'no I am tired of your I'll be back, I'll be back' and Arnie replies with 'well Yippee-ki-yay'. I found myself to be laughing quite a bit. Also love the banter between Stallone and Statham.

The guys have not all aged very well and Dolph Lundgrem is no longer good looking but it is watchable. Not sure if the younger ones would get all of the movie references but for any 'old school' fans this is worth taking a look at.

J discovers that there are secrets to the universe that K never told him - secrets ... more...