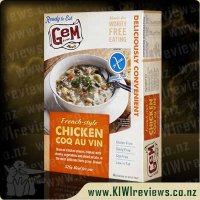 Disclosure StatementFULL DISCLOSURE: A number of units of this product have, at some time, been supplied to KIWIreviews by GEM Meals or their agents for the purposes of unbiased, independent reviews. No fee was accepted by KIWIreviews or the reviewers themselves - these are genuine, unpaid consumer reviews.
Available:
at selected quality supermarket

It's the best thing since tomato sauce, and your kids will love you for it! And of course, it's perfect for their parents also! If you want all of the flavour without the heat; this is the Baxter's Original creation for you.

Made with cane sugar and hickory smoke, Sweet and Smoky BBQ is a serious all-rounder that goes great on anything, the name says it all! Pairs well as a marinade on your pulled pork, or add it to ... more...