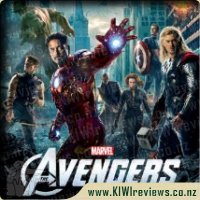 Disclosure StatementFULL DISCLOSURE: A number of units of this product have, at some time, been supplied to KIWIreviews by Hoyts NZ or their agents for the purposes of unbiased, independent reviews. No fee was accepted by KIWIreviews or the reviewers themselves - these are genuine, unpaid consumer reviews.
Available:
Yes

After the huge success of the Thor and Iron Man cinema releases, The Avengers was set to break box-office records and indeed it did, with the highest opening weekend on record. The Hulk, Thor, Iron Man, and Captain America, have all proved that they are capable of running alone in the film industry, so the true challenge in putting them all together would be in acquiring a suitable villain, and finding the correct way for them to work together and determine the hierarchy between them.

And Captain America fills that top role well. Lacking much of the powers and gear that the other three have, he compensates with a moral high ground and a natural ability to lead.

I was looking forward to the large battle in this film with the Chitauri Army led by Loki, but I was ultimately disappointed by the end. Once the Avengers had gotten over their childish squabbles over who was the best, they were working together and making the most of each other's strengths. But after Iron Man saves Manhattan from nuclear annihilation, the battle ends inexplicably, and in a disheartening fashion.

All in all, they did a great job in putting all of these heroes together (even finding uses for Black Widow and Hawkeye). The use of extra scenes during the credits of the previous Marvel movies combined them all brilliantly. But their enemy relented far too easily. Hopefully the next villain will prove to be far more challenging.

What do you get when Loki, all around bad guy, comes onto the scene and steals the Tesseract? You get a special team brought together to stop Loki and the army that he plans on using to take over the world with. Into the movie comes several 'superheroes' most of which have starred in their own movie. We have The Hulk who can now, mostly, stop himself from transforming, Captain America, Hawkeye, Black Widow, Thor and Iron Man.

While this is a great ensemble, there isn't much time for character development other than, we don't get alone, now we have to get along, I guess I like you now, Best Friends!!!!

While you don't need to have seen any of the characters previous solo films, I think the movie is slightly less confusing if you know a bit of their background and personalities. Having never read the comics etc, I know nothing about Hawkeye and Black Widow, so that made things a little confusing.

Overall it was a good film, not the best that I've ever seen, but for an ensemble movie it was enjoyable. I am looking forward to another.