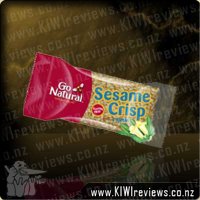 Disclosure StatementFULL DISCLOSURE: A number of units of this product have, at some time, been supplied to KIWIreviews by Dutch Rusk Ltd or their agents for the purposes of unbiased, independent reviews. No fee was accepted by KIWIreviews or the reviewers themselves - these are genuine, unpaid consumer reviews.
Available:
at selected quality retailers

Though I wasn't too big a fan of these, my 4 year old could not get enough! After asking for, and then having, a nibble on one, he was quick to exclaim "Ooohhh! Yummy!" then promptly ask if he could take what was left. Thinking he meant what was left of the one in his hand, I said he could, at which point the cheeky little imp grabbed the rest of the packet, thanked me in a chirpy little voice, and ran off down the hallway giggling in delight.

I later found the packet, with just a single wafer still in it, sitting on the bench next to his lunchbox for daycare the next day. Subtle, kid... subtle. So, it went into the lunchbox and with him to daycare the following morning. Bare crumbs of it remained at the end of the day, along with - to my utter surprise - his regular muesli bar and his fruit strings, two of his all-time favourite morning-tea snacks! Very impressive.

With four wafers in a pack for a mere dollar, these are quite a good price and will be great as snacks for the wee ones. Though you may want to be aware they are QUITE sticky indeed, and may result in sticky fingerprints all over everything for hours afterwards. I would strongly suggest that after eating these, the sprogs are encouraged to wash their hands, or have them washed or wiped by an adult. You may also want to consider wrapping them individually - using some baking paper worked well for me - to prevent them from sticking to containers or other lunchbox items.

Overall, surprisingly good products that really took me by surprise. I wasn't honestly expecting them to do so well, especially as Mr4 is quite fussy about his snacks.

I grabbed this for a quick snack today. Tummy was grumbling, and I had forgotten to eat any breakfast. Easy enough to open but it did mean breaking two of the four wafers.

When I first had a bite, I wasn't too sure on the taste. I have had sesame wafers before, and in comparison, this wasn't that great a taste.

The texture of the wafers is nice, and you can taste the sesame seeds, but the glucose syrup left a slight funny taste in my mouth. Not enough to put me off eating two at the time, but the remaining two will go to the kids.

The only other thing that I had an issue with was that it stuck in my teeth. But all in all not a bad little snack.

While I wouldn't buy this myself, at $1 a pack, it's a decent enough price and I would add it to the kids lunchbox.

Man these are good.

For something in a small package, these 4 wafers contained within the packet is awesome, great taste of sesame.

They remind me of the sesame coated thing you get at a Yum Cha restaurant, but is just way better. The taste, crunch, texture are all winners.

And the price is exactly right, I am going to have to hunt these down and get some more, my new favourite type of bar. While not like a normal bar, this is something new to try and try you must.

Ok, of the 8 bars given for review these were the first I tried. They had my attention from the get go. A wafer thin, well, wafer (

) of sesame seeds coated in honey. Simple really... but wow do thy leave your taste buds begging for more.

The thing that surprised me the most was that they were a snack that didnt have you headed for the cupboards within seconds looking for something else to eat.

There is 4 really attractive and nicely created wafers per pack... and for only $1 they are perfect for lunch boxes, handbags or even your pocket. I shared the wafers amongst a family of 6, haha, one for each adult and one broken up for the kids. Miss 5 was not impressed but that did not surprise me. Everyone else had at least one thumbs up to offer :) even my father who is extremely picky and always unimpressed with healthy food enjoyed his one and said he would purchase them.

A discussion after and we have decided to try and source some more and will have a go at crushing them up and using as a topping on muffins, as we think they would go well like this.

Very impressed with these little packages of sheer goodness.

I tried the GoNatural Sesame Crisp 4-pack last night. I was cooking dinner and needed something to fill the hunger gap before I was done. It took a pair of scissors for me to get into the pack without damaging the wafers. I did like the packaging as it is clear in parts so you can see the product.

The wafers were slightly stuck together due to the honey. With a little encouragement they came apart without breaking. I thought to myself, 4 wafers equals several snacks. I can finish them off tomorrow. Cue Laughter... not 5 minutes later and they were all gone.

These wafers are so delicious. They are honey coated and packed with sesame seeds. The seeds have that wonderful nutty roasted seed flavour. They leave a slight bitter taste afterwards, but they are so yum! The honey is beautiful, sweet but also slightly salty. Its like a hard peanut brittle. But without the peanuts.

Honestly if I had another packet in the cupboard I would have monstered that as well. I did like that there were no other nuts in this product. You got the full taste of the seeds. The honey is a great compliment to the seeds and they don't compete for your attention in these wafers.

I usually only have sesame seeds two different ways; on top of a bread roll and as a tahini. To have it as the main ingredient in a snack bar intrigued me so much that it was the first of the eight Go Natural bars that I tried.

The sesame crisp pack consists of four wafers. This made it ideal to share. My girls (aged two and four) were keen to sample it. My eldest loved it and came back for more. As I had expected my youngest wasn't so keen. My husband also had a wafer and commented "I'm quite partial to them." This is very high praise from him.

I found that they were very crisp as the name suggests. I enjoyed the mix of sweet and nutty flavours. Since trying this bar I goggled the nutritional value of sesame seeds and was surprised to see how high it was in essential minerals and the health benefits of eating them. I will be keeping an eye out for these in the supermarket. They are a delicious healthy treat to share or enjoy by yourself.

It all began in the USA in 1954 with a milkshake machine salesman named Ray Kroc. Ray received an order from the McDonald brothers' hamburger outlet in California. He was fascinated by their operation - the menu was simple and inexpensive but the hamburgers were good; the fries were made in-store; and the shakes were thicker than usual.

So Ray put a proposition to the McDonald's Brothers. "Let me open new McDonald's ... more...