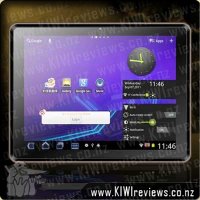 Disclosure StatementFULL DISCLOSURE: A number of units of this product have, at some time, been supplied to KIWIreviews by Assassin Imports or their agents for the purposes of unbiased, independent reviews. No fee was accepted by KIWIreviews or the reviewers themselves - these are genuine, unpaid consumer reviews.
Available:
via Online Store and Retail Outlet

Experience the Arc Touch Mouse: there is no equal in look, feel, and performance. With a dramatic design and easy elegance, this stylish mouse is a perfect fit for your lifestyle. Flick to zip down the page. Tap to stay at your destination. Feel the speed and responsiveness to your touch.