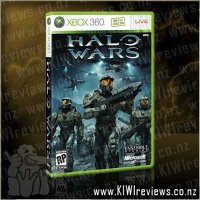 Grand Theft Auto IV is the next chapter of the award-winning Grand Theft Auto franchise from Rockstar Games, and it will be coming to the Xbox 360 on day one. In addition to online multiplayer, a first for the series, gamers will experience hours of additional gameplay with two downloadable episodes exclusively available on Xbox LIVE following the release of the game.

What does the American Dream mean today? For Niko Bellic, fresh off ... more...