« The Indonesia Book - A People, A Place, A Culture review 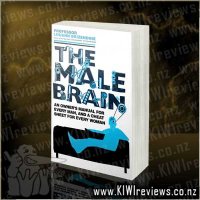 As this impeccably researched, irresistible guide follows the male brain through every phase of life, from infancy to adulthood, it unlocks many secrets and offers insights into a range of subjects, including emotional intimacy, anger, aggression and winning.

It also provides answers to many baffling questions and exposes the often-shocking gulf that exists between males and females.

Imagine a world where all the horrible misunderstandings didn't exist, because the inhabitants understood each other's motive so clearly and well that 'misunderstanding' was a deliberate choice to ignore what they knew of each others' mental state, processes and chemically-controlled motivations. The question "Why did you do/say that?" would be as aliens to them as the lack of such a question in our daily life would to us.

Such a world could exist... tomorrow... if everyone was issued a set of Dr Brizendine's books; this one and it's predecessor, "The Female Brain". Though I freely admit I haven't read it's counterpart, if it's anything like "The Male Brain" then it will alternately enlighten and terrify you as it unravels (most of) the mysteries of how and why our minds seem to hijack our bodies throughout life. Often to our great dismay or embarrassment. Just ask any 'involved' guy who gets slapped for reflexively 'checking out' other women while in the company of his 'significant other'. And yes, this book even covers, in detail, exactly how and why we can't help ourselves - it's a survival instinct hangover from caveman days - we really, honestly and truly have little if any control over it!

From the day the sperm cell meets the ovum and we begin to divide and become the individual we will be, our brain goes through a number of distinct and obvious stages. Development, infancy, childhood, adolescence, adulthood and then the slow settled decline into old age. Each stage brings about serious rewriting of the brain's wiring, and thus it's way of processing and reacting to internal and external stimuli. To most of us, this process is a complete mystery - governed by some arcane and arbitrary 'roll of the dice' we are unaware of. The truth is far from unknowable - With variations in the 'road' affected by free-will and circumstance, our brain runs along a fairly set pathway from the moment of conception to the moment of death... a road whose direction and bumpiness is set by the interaction fo a swarm of neurochemicals and hormones, coded in our DNA for millennia.

Overall, this books is a scary, and enlightening wander through the 'construction plans' that make up the male brain and the causes of all our joys and miseries, this book is both filled with wonder for the self-educating mind, and an insight in how to 'play the game better' for women everywhere. Any smart woman who doesn't have a copy of this book simply isn't as smart as she could be. This book implies a set of behaviours and understandings that can go a long way to reconciling differences in relationships, and an astounding array of scientific information presented in a highly accessible manner - making higher knowledge available to those without the scientific and biological background information that Dr Brizendine has accumulated over the years. A stunning volume that deserves a place, next to it's counterpart, on every happy home's bookshelf.