Battle Of The Sexes review 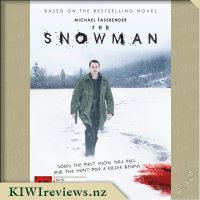 Disclosure StatementFULL DISCLOSURE: A number of units of this product have, at some time, been supplied to KIWIreviews by the company for the purposes of unbiased, independent reviews. No fee was accepted by KIWIreviews or the reviewers themselves - these are genuine, unpaid consumer reviews.
Available:
January 2018

A gruesome and compelling crime thriller based on the acclaimed best-selling
novel by Norwegian author Jo Nesbø.

When elite crime squad's lead detective Harry Hole (Michael Fassbender)
investigates the disappearance of a victim on the first snow of winter, he fears an
elusive serial killer may be active again. With the help of a brilliant recruit
(Rebecca Ferguson), the cop must connect decades-old cold cases to the brutal
new one if he hopes to outwit this unthinkable evil before the next snowfall. 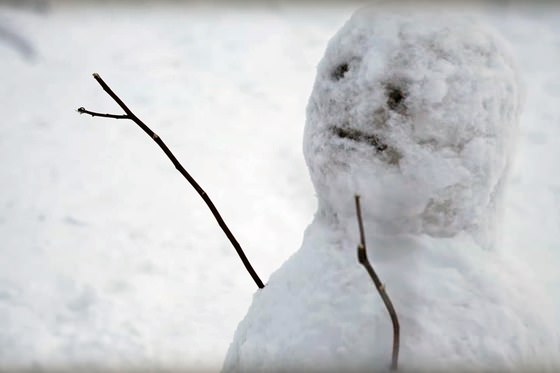 Let's just get this out of the way. I have an extreme hate for DVDs that make me sit through trailers before letting me watch the movie. This DVD is set up in a way that if you try to skip the trailers by hitting menu, it goes back to the language setting, and makes you watch them all again. If you try to skip it, it goes back to the start and you watch them all again. You can spend several infuriating minutes going through settings on your computer (if you are lucky enough to have been watching it on a computer) and find the correct "Chapter" to skip past the trailers, but otherwise, you have to wait five and a half minutes before you can even hit "Play". That alone would sometimes be enough to make me not want to watch that DVD again. LET. ME. SKIP. TRAILERS. PLEASE. Now that I have written almost an entire review worth of content on being forced to Watch the "American Made" and "Happy Death Day" trailers far too many times, let's get to the actual film.

I chose this film, by reading the synopsis of the DVD, and thought that crime thriller involving J. K. Simmons, Val Kilmer, and Michael Fassbender was intriguing. Having subsequently watched the trailer, it reinforced that this was a movie that I wanted to watch. So first piece of advice, if you haven't seen the trailer and are considering watching this movie, DO NOT WATCH THE TRAILER. Not because it gives away the plot or reveal or anything. Purely because it sets the wrong tone for the film. While they categorise it as a Crime Thriller, I would actually consider it more of a Crime Drama. Based on a best-selling novel, the story is better suited to a television series. There is no "thriller" aspect until the final moments in the film, and this is due to there being nothing that directly affects the protagonists in the film. We watch someone trying to catch a killer for no other reason than because he wants to. Not overly thrilling.

That all being said, as a crime drama it is very well done. We have an interesting killer with a unique modus operandi (usually mentioned as an M.O.), and a lot of variables and suspects that in the end leaves a suitable twist that took me embarrassingly long to figure out. Environments alone were stunning; Shot in Norway, because that was where the film was set, instead of in a studio, or in another similar looking environmental area, there is a definite air of authenticity around the environments in the film. It doesn't feel made-up or put together, which helps the viewers get drawn into the story.

Casting-wise, I'm not sure how I felt about Michael Fassbender. While he didn't detract from the film in anyway, he also didn't fully sell his character to me. Fassbender seems to be in the same class as Hugh Jackman for me, where I love their role in the X-Men franchise, but nothing else lives up to that. He has the "looking pensive" aspect down to an art, but any other emotion really doesn't feel genuine. Otherwise, the cast is well chosen. They all felt like fully fledged characters with backstories I just don't know about, and the way in which they approached Fassbender's character was superb.

Not a great thriller, by any measure; but an okay film. Definitely would have worked better as a tv series or even a mini-series, or perhaps just needed a bit more killer/protagonist dialogues/letters to really build a connection that was necessary to create an ounce of threat and suspense. I do enjoy watching someone solve a case, and connecting clues, so if that's your thing, it's definitely worth a watch.