« Mune: Guardians Of The Moon review 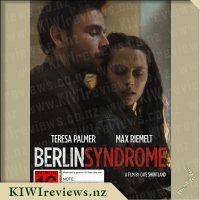 A compelling psychological thriller, Berlin Syndrome follows Clare, an Australian photojournalist alone and adrift in Berlin. One afternoon she meets Andi, a charismatic local. There is an instant attraction between them and a night of passion follows. But what initially appears to be the start of a romance take a sinister turn when Clare wakes up the following morning to discover Andi has left for work and locked her in his apartment. An easy mistake to make, of course, except Andi has no intention of letting her leave, ever. Biding her time, Clare plots her escape as the walls of Andi's apartment close in, all the while becoming drawn into a complex relationship with her captor. 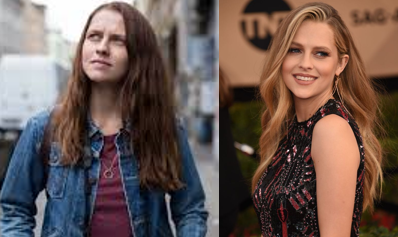 Berlin Syndrome is one of those films that is intriguing, but also difficult to fully appreciate as a male. The prospect of being locked in a room after what was meant to be a one night stand seems like something I would personally put up a lot of fight about. I'd probably either find a way out, or be snuffed out quickly due to being problematic. But I am a physically imposing male, with a lot of weight behind me. It is difficult to truly comprehend a situation where I could be completely physically dominated by someone else.

As far as casting goes, it seems as if they chose one of the most European looking Australian actresses that they could find. Teresa Palmer is a naturally stunning woman, but with the de-saturation of colours throughout the film, she ends up looking more German than her co-star Max Riemelt who is German by birth (check out the attached image of Teresa in the film (left) compared to her normally (right)). The film really struggled to get me to empathise with any of the characters. We never got to spend enough time with Teresa's character, Clare, before she gets into trouble, and thus there is no emotional investment in the character. Max Riemelt does well portraying Andi, a rather disturbed young man, who despite seeming to struggle at interpreting his own language, plays a compelling performance.

The layout of the film was a little bit odd. It felt more like a film about Andi, than a film about Clare, who I thought was the main protagonist. The film would have been much more emotionally investing if it had stuck with Clare throughout the film, rather than jumping between the two characters. While the way it has been done certainly helped to explain Andi's tics and accentuate his social oddities, at did little to highlight Clare's situation. I would have been much more convinced if I only knew as much as she did.

Berlin Syndrome is like watching a failing marriage; watching one partner purposefully antagonise the other in order to get a reaction. It feels awkward to watch, it feels weird, but it doesn't feel dangerous until the climax of the film. The climax did get my interest. There was finally something exciting going on, but it was too little too late. Not a film I would watch again.

The Trade Federation has blockaded the small world of Naboo, and two Jedi - Master Qui-Gon Jinn and Padawan Obi-Wan Kenobi - have been sent in to investigate and negotiate a settlement.

But there is far more afoot than anyone expected. A sinister plot is beginning to unfold, masterminded by a Sith Lord, hidden and trained in secret. During this, they discover a young boy with a mysterious past and an uncertain future, who none the less has an amazingly strong connection to the Force.