ProdID: 4952 - The Hobbit : 2 : The Desolation of Smaug
Directed by Peter Jackson 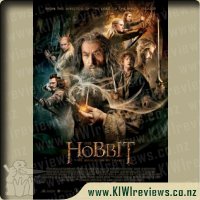 The Hobbit : 2 : The Desolation of Smaug product reviews

The dwarves, along with Bilbo Baggins and Gandalf the Grey, continue their quest to reclaim Erebor, their homeland, from Smaug. Bilbo Baggins is in possession of a mysterious and magical ring.

Now this is the excitement I was waiting for! Some good creative battles between all character types, and some drama jammed in there too. Evangeline Lilly being cast was a highlight for me, and she offset the other characters quite well.

With the proper introduction of Smaug as a character, this installment had even more CGI than the first one, and while it was not really believable, the plot was exciting enough to be able to look past it. Bilbo has flourished in this film, becoming far more three-dimensional in personality, and even being able to contribute to the mission in a significant fashion.

So far it reminds me a little bit of a Disney movie, with pretty much every "good" character managing to survive the perilous journey, compared to the "evil" characters who tend to drop like flies in battle scenes but that being said it is still fast-paced and far more exciting than the previous installment.

The plot-line has moved exceptionally far during this film, and it leaves me to wonder how much is truly left to explore in the final movie of the trilogy, but this film has done well to pique my curiosity, and I has provided something that I can watch again and again until the third movie is released.

After finally watching The Hobbit 1: An Unexpected Journey, I immediately sent hubby down to get the next installment. As much as there were times in the first one that my attention was not kept, I really needed to know what happened next. As I have waited so long to see these movies there was no dissapointment that the dvd may already be hired out, so we were able to hire out this one the same day and watch back to back.

Like the first Hobbit movie there were a few moments where I felt the scenes were long and drawn out even though the same impact could have been made with slightly shorter scenes. One of these moments was when Gandalf, Bilbo, and the Dwarves had climbed to the top of trees to hide from Orcs. To me this scene seemed to take a really long time to get to the point. Maybe it seemed this way because one already knew what to expect and the meaning behind the piece with the moth from the LotR movies. But moments like this aside, this too was another impressive movie.

Peter Jackson does not let us down in these movies, they are just as impressive and amazing as the LotR and it is great to have the caps left from the trilogy filled in and making sense. I was super pleased to see one of my all time favourite actors 'Orlando Bloom' as legolas is in the Hobbit movies. I adore him and he was my davourite character in LotR. I did not know there were some original characters going to be in this trilogy also. I found myself smile at hearing the mention of Gimbly and that his father was in an earlier quest. Moments like that brought the two trilogies together.

Although these movies are super amazing. Neither score full 10s from me, but this is because my attention was not kept from start to finish and moments that may have been seriously amazing were flawed by the fact you know they live because they are in future movies, such as the scene where Legolas could have been killed by an arrow while at the river, but you know it wont happen because hes a big character later.But other than that truly amazing movies.

Went to see this at the movies, I was lucky enough to win a family pass (which I thought was silly, but meh) and so hubby and I went to this last night. One of my must see on the big screen movies and so very glad that I did go and see it.

It was easy to get into the film right away, setting the scene with a quick trip into the past then bang, right back into the story, not long after we left our heroes in the first film. My only grip with this film was that there were a couple of bits where things seemed a little plastic and I could tell that those were parts that would be in 3D had we gone to a 3D screening. I loved Smaug and whilst that part was a lot slower than the rest of the film I was happy for that, a game of cat and mouse, knowing things would go wrong but still hooked watching it.

The acting is great as always, and whilst there are parts that have been added (I guess to make it link better to the Lord of the Rings trilogy for non-readers of the books) they fitted in fine and were still just enjoyable as the rest of the movie. There are some moments of sadness and of course some laughs.

You know your audience is really enjoying it when they yell out in disappointment when the screen cuts to black at the end of the movie, and I know I will be listening to 'I See Fire' from the credits, again and again.

If you liked the first Hobbit movie then this is a must, I simply cannot wait for the next one to come out.

Watching this movie and the Lord of the Rings triliogy you are reminded what a beautiful country New Zealand is. You really do not appreciate how lucky we have it till you travel and you see the rest of the world and then you come back to our beautiful green lush grass, waterfalls and trees.

I did not enjoy the Hobbit part one and found my mind to be wandering a lot so, was a little hesitant to see this one, but just like LOTR I was sucked right into Middle Earth and really enjoyed it. The Dwarves, with the help of Bilbo, are still on the quest to reclaim the lost Dwarf kingdom of Erebor. I found most of the movie to be fast moving and enjoyed the pace until Smaug joined the cast. As soon as the dragon arrived it slowed down a bit and felt it dragged on to much. The dragon looks awesome, but I hate snakes and found it moved around just like a slithering Anaconda.

I loved the barrel fight. Watching how graceful the Elves are is a joy to watch and loved the comedic aspects the dwarfs brought to it. Found most of the theater was laughing out loud with the Elves standing on the orc heads or the barrels smashing them down like it was a game of Ten Pin Bowls. So good to see that it wasn't just blood and guts, and that the humour was uplifting. Also the spiders were awesome - have come along way since the movie 'It' these were so fantastic and so life like.

The ring plays a large part in the movie as well and you are slowly introduced to various LOTR cast members. At one point I did have to remind myself that this was a prequel so you know various cast members were going to survive.

If you go to the movies be pre-warned, this does go for close to 3 hours and people were jumping up all the time for that potty break. You don't want to miss the opening scenes as there is a very well known person makes a cameo where the whole theater yelled out the name. Looking forward to the final movie.

The mythical city of Camelot, in a time before history began. A fanatical realm of legendary beasts and mysterious peoples. A dangerous world in which magic has been banned by the ruthless tyrant, Uther Pendragon. When Merlin, a young man gifted with extraordinary magical powers, arrives in the kingdom he quickly makes enemies including the heir to Uther's crown, the headstrong ... more...