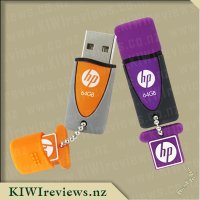 Disclosure StatementFULL DISCLOSURE: A number of units of this product have, at some time, been supplied to KIWIreviews by PNY or their agents for the purposes of unbiased, independent reviews. No fee was accepted by KIWIreviews or the reviewers themselves - these are genuine, unpaid consumer reviews.
Available:
at selected retailers

A special design for sports lovers, this flashdrive is water and shock resistant. 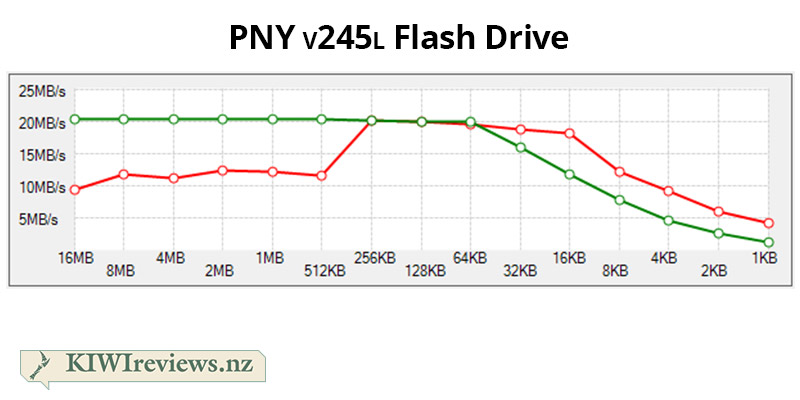 With so many devices still in common usage that only support USB 2.0, it's easy to see that a flash drive that handles this well would still be relevant. That said, it's a pretty poor USB 3 device that isn't backwardly compatible enough to take on the task just as well, so I struggled a bit to see the point of a device limited to an older standard at a price-point nearly double that of better hardware of a similar capacity.

However, having tested this device I found it was a fairly tolerable bit of kit, and the design is bound to attract a small segment of market, at least. The cute design, with a rubberised silicon skin and cap, and available in purple and orange colours, gives it some style at least. It feels comfortable in the hand, doesn't have any awkward corners to poke you through your pants pocket - if you keep your flash drive in your pants pocket, at any rate. I was intrigued by the little T-shaped attachment on the loop of chain, which is designed to slip the cap onto and keep it with the drive chassis.

Unfortunately, it really stopped impressing at that stage. The cap-holder was somewhat less than effective, not providing a snug fit and so the cap tended to fall off. Keeping in mind that this was intended to only be used while the drive was plugged in, the odds of it being jostled enough to drop the cap are minimal, it still could have been designed a fraction larger so that the cap had zero chance of falling free even if you unplugged it and pocketted it with the cap still on the holder. I also wonder what they used as glue to secure the actual flash drive inside the outer case, becauyse the third time I went to pull it free from the testing rig, the case came away, leaving the drive itself still stuck in the USB port.

Data speeds were as expected for such a device, with the best speeds on reading maxing out just over 20MB/s and falling to a rather pedestrian 1.2MB/s when moving lots of tiny files around. Write speeds were on par with it's peers ranging between 10-12 MB/s for files larger than 512kb each and falling to 4.8MB/s for tiny files, however a spike of 18MB/s for files in the middle range did surprise me, and gave this unit some small glimmer of hope. I was also interested to note that of all the 64GB flash drives I tested, it had one of the largest usable storage at 59.5GB of actual space.

Overall, while it looks cute, it seems to be another example of paying for the brand rather than any actual performance. I would not be quick to recommend this unit, and suggest you shop around a bit more.