The Shape of Water review 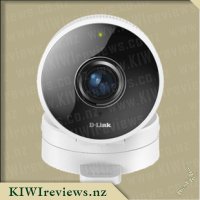 Sound and motion detection capabilities allow for push alerts to notify homeowners what's happening even when they're away and can also trigger video clip recordings to a local microSD card slot or cloud recording. 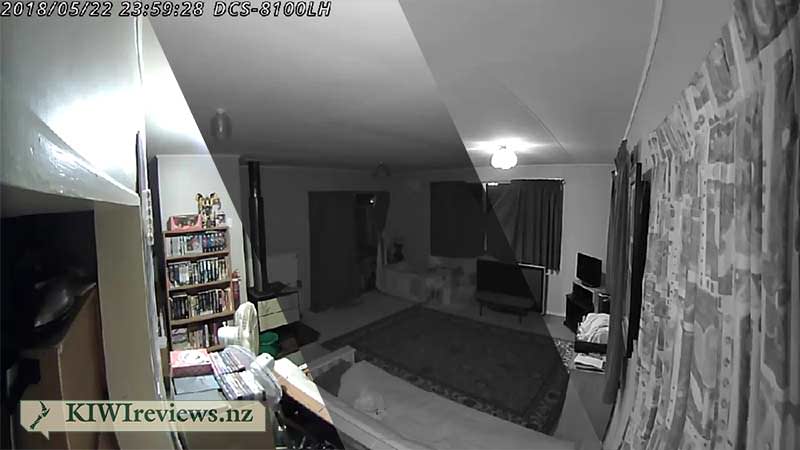 One thing that annoys me the most is when a product makes claims that can be easily proven false... but it's pretty rare to find one that UNDERsells itself the way this one does. While I can easily see the legal reasoning behind it, it's rare to find a product that sells itself on specs that are less than the product is capable of - it makes these hidden gems so much more worth exploring when you find one. But I'll get to the main one shortly...

This camera has a very unique design which allows you to aim the lens in almost any direction you could desire, without the instability of a ball-and-socket joint at the base. I have found those to be somewhat unreliable when it comes to mounting the camera in such a way that it is under constant pressure to 'fall over' from gravity, such as mounting it high up on a wall and aiming the camera down at an angle. This usually means that I have to adjust the camera and tighten the locking screw at least once every month or so... but not so with this unit.

The base locks securely to the wall with two supplied screws, and rather than having to line them up on the wall and then 'clip' the camera on to them, you simply detach the bottom ring of the unit and screw it directly to the wall, making sure to thread the power cable through the cable-guide first, then clip the camera into place. If you don't want to hard-mount the camera, and instead prefer it to sit on a flat surface, it is equally at home in that format too, with rubberised feet to keep it steady. The camera sits in a hinged ring, so you can tilt it away from the base and aim it almost anywhere, and it also rotates within the hinged ring to give you three degrees of movement - more than enough when combined to allow you to centre the view on any point in a room with a bit of adjustment.

Setting the camera up was an experience in itself, with this being one of the first of a new breed of wireless cameras from D-Link. Normally, you need to log in to the camera with WiFi in order to configure it, however the new methodology involves using the newest version of the mydlink app to make a Bluetooth connection directly to the camera, and from there selecting your WiFi network and giving it your password. After that, it's fairly simple to configure the camera directly through the app. The app itself is quite stylish, but not exactly intuitive to operate, requiring some experimentation to find all the features. However, when you try to do something that hasn't been configured yet, it's good about telling you where you need to go to set that function up correctly. It still needs a bit of work though, despite having one of the quickest and most blur-tolerant QR-code scanners I have ever come across.

A little bug-bear of mine, with all cameras that have motion-sensor functionality in them, is the annoying habit of the camera resetting the active zones behind your back. What I mean by that is that you can usually go in and select areas of the field of vision that it should monitor, and turn off zones you want it to ignore. For example, you may not want to be alerted to someone passing by a doorway visible in the frame, but activate should they actually enter the room itself. This camera, alas, falls victim to that same bug - I turned off about half the scanning zones, wanting the camera to only pay attention to motion near the external door, and sure enough, about an hour later, it was alerting me to motion in the supposed inactive zones. I also found it to be extremely sensitive, even when I ramped the setting right down to near-blindness... reflective dust motes floating past the lens in night-vision mode were setting it off regularly, requiring me to turn off notifications, since you can't turn Motion-Sensor mode off entirely. Annoying, but not the end of the world.

The microphone and speaker system were quite effective, allowing you to hear any intruders, and warn them off remotely. Also handy for spooking your kid when he sneaks into the room to play on the Xbox without permission.

And this is where the big undersell kicks in, because the specs proclaim a 5m night-vision mode... which I found to be utter rubbish. As you can see from the linked photo - showing the view in various modes; daylight, night-vision and night-vision with lights on - the far corner of the room is still clearly visible in the centre panel under infrared vision... and that corner is a full 7m away from the camera! I would easily estimate, from the light drop-off, that it could still give a usable image 3-4m further away, more than doubling the promised range. This is great for those who may want to deploy this in larger spaces, such as shops, storerooms or showrooms.

The now-common feature of being able to record to onboard microSD card is there, along with the ability to save your video streams to a subscription-based cloud storage. Remote vision is available through the app, so you can always remain in touch with what is happening. Going back to the app, it is clear that more devices will be forthcoming in this new range, because the app carries device categories including smartplugs, sensors and the like.

Overall, while I was greatly impressed with the camera, a few issues during setup and the somewhat awkward user interface on the app took some of the initial shine off for me. Still, apps can be redesigned and updated, so if I look solely at the hardware I have to admit it's a nice bit of kit that will undoubtedly prove valuable to anyone wanting this kind of solution. I would have liked to have seen a hardwired ethernet port in the unit though, for situations where the camera isn't getting as strong a WiFi signal as would be required to support a constant HD stream. On top of that, no matter what I tried I couldn't find a web interface for the camera, meaning I wasn't able to look through its eye from my PC.

The DCS-8000LH provides crisp HD 720p video to help users keep an eye on their homes at all times. A built-in IR LED provides 5 metres of night vision in total darkness and automatic push alert notifications, so nothing gets missed. At only 9.7cm tall, the camera's ultra-compact and inconspicuous design makes it ideal to fit in with any decor.