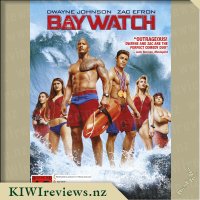 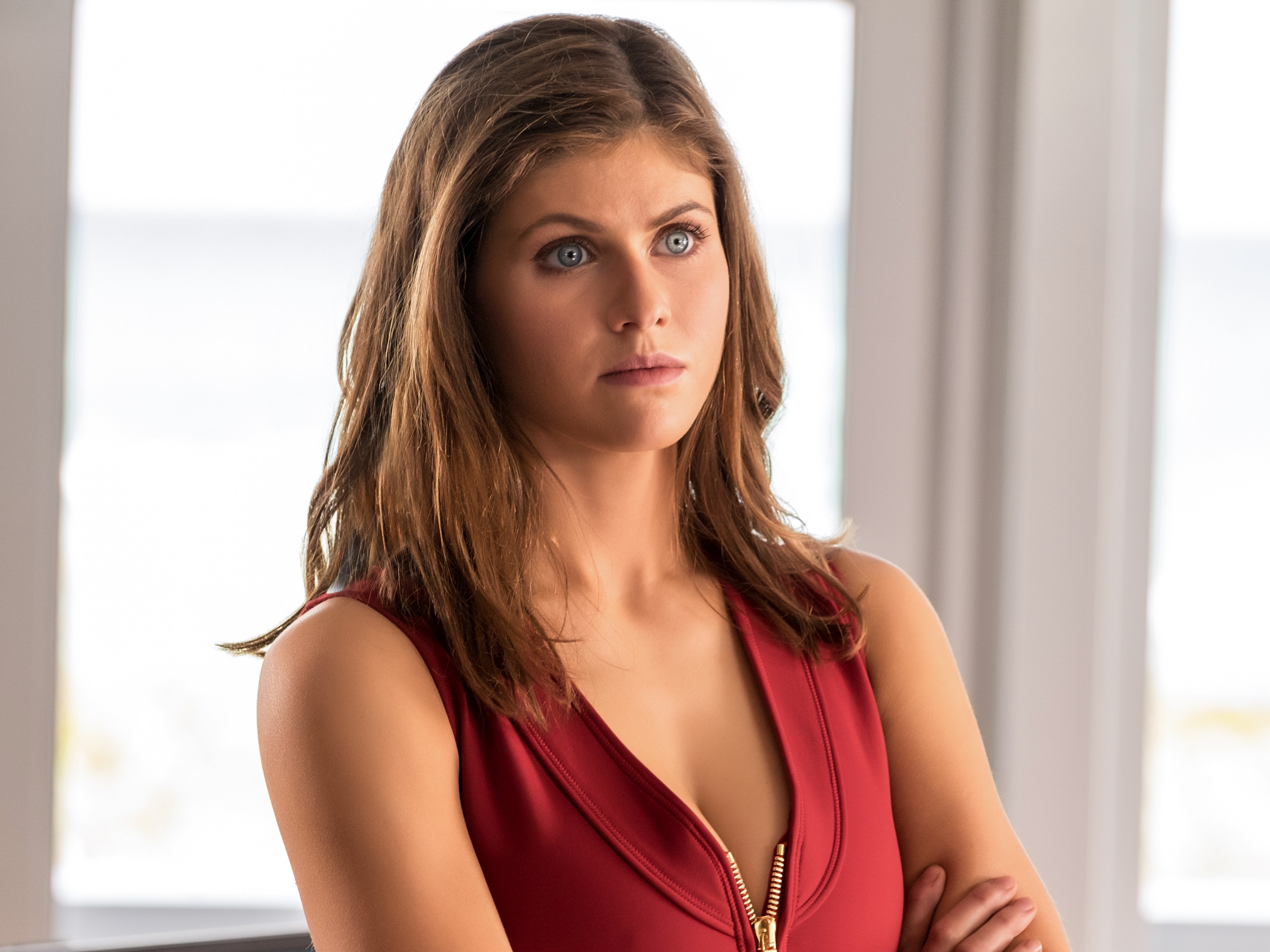 I only watched this film for one reason; Alexandra Daddario. Despite her having a smile that makes her look a bit unhinged, her eyes are magnificent. You get lost in them. So mesmerizing. So I was shocked to see how one of the running jokes of the film revolved around how Zac Efron's character keeps staring at her breasts. In real life, Alexandra Daddario is one of the few people that would never have that problem because her eyes are that luxurious. And that really outlines one of the big problems with the film. It feels like the casting was done completely separate from the scripting; that is to say that the cast was chosen because of their popularity and attractiveness, with no regard for how well they fitted in with the jokes and personalities in the script.

The film really struggled with what it wanted to be; it wanted to be cheesy like the original tv series, but it also wanted to be edgy, and action-packed. But each of these aspects reduces the effectiveness of the others. They attempt to be edgy by inserting as many penis jokes in as possible, and it negates the action. The action scenes negate the cheesiness. It ends up battling with itself, which is a losing battle. But was I entertained? I watched the whole movie through in one go without having to pause. So it did manage to keep me reasonably engaged. Did I hate the film? No, I didn't love it, but it wasn't atrocious by any means. Did it have everything I expected? I expected hot women barely clothed, slow-mo running along the beach and some cameos from the original cast. Tick, tick, tick.

The cinematography was great. Crisp, clean environments with a wide variety of camera angles. It was fun to watch, even if the plot was more like Fast and Furious meets Transporter meets Mall Cop; it certainly isn't a plot that requires you to think. But the story was far more complicated than it needed to be. All it needed was the first half of the film. Saving people on the beach, and a competition to pick new lifeguards. It would have been a wholesome film, with some reasonable snarky comments from Dwayne Johnson. None of this unnecessary buddy cop drama. Keep it simple.

I admit it, I used to be a Baywatch fan back in the day and used to chuckle at the slow-motion shots and ridiculous story lines. I'd heard mixed reviews about the film but thought I would give it the benefit of the doubt and see for myself. My husband looked at the DVD and was quite adamant that he wasn't watching it. After a couple of minutes watching it over my shoulder on the laptop, he suggested we watch it on our larger television. Obviously, a couple of minutes of this film had him sucked in!

Baywatch is based on the TV series of the same name and features the same characters. Dwayne Johnson is the energetic and friendly Lieutenant Mitch Buchanan that oversees an elite team of 'perfect' lifeguards who protect Emerald Bay. Second in command is Stephanie Holden and CJ is a veteran lifeguard who wears impossibly low-cut swimsuits. This summer 3 new recruits join the team, one of which is Zac Efron, who plays the role of Matt Brody, an insubordinate former Olympic swimmer. Summer Quinn (Alexandra Daddario) and Ronnie (Jon Bass) are the other trainees to be put through their paces. The movie is based around Mitch finding a new synthetic drug washed up on the beach and his team embarking on an undercover mission to save the Bay.

Baywatch does deliver a few laughs and there are quite a few dick jokes, some of which are funny, some of which go on too long and become plain silly. I found it hard to classify this film as it was a little bit action and a little bit comedy, with the emphasis being on 'a little bit'. I can't recall any memorable action sequences and at 2 hours, this movie is too long. There are some classic Baywatch slow-motion shots which the characters themselves mock and obviously the red swimsuits are as low cut and impractical as ever! I was disappointed on how much swearing this film contained and although it's rated 'Restricted 13', much of it was unnecessary.

The acting is as well as can be expected for such a film. Dwayne almost has a sparkle radiate from his mouth every time he smiles and apart from Ronnie, all are perfectly formed with maximum amount of flesh exposed at all times. David Hasselhoff makes a disappointing cameo and appears in the blooper outtakes at the end. Pamela Anderson makes another irrelevant cameo which is a shame as they could have done so much more with them.

Overall, I was left a little disappointed. This movie had so much potential but the script is terrible and I lost interest half way through as it was so predictable. Hubby didn't even make it to the half way mark and muttered how terrible it was as he left the room! This may be a hit for some die-hard Baywatch fans but sadly, not for me!

In the late 1960s, American actress Jean Seberg grew bored of acting and became enthralled with the activist politics of the era, particularly the Black Panthers.