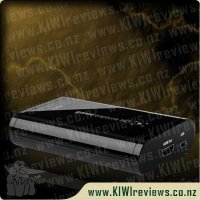 Elgato Game Capture HD enables you to record PlayStation or Xbox gameplay to a Mac or PC and share it with your friends and fans. With advanced hardware H.264 encoding, you can capture in stunning HD quality, while keeping the file size low.

The gameplay is passed through to the TV via HDMI - in pristine quality, without delay. Elgato Game Capture HD doesn't need a lot of cables or even a power supply to record your game: With direct Xbox 360 and PlayStation 3 input, you can use a single cable to connect it to your console.

The Elgato Game Capture HD is an awesome piece of kit. There are many other alternatives out there for those of you that want to record your gameplay and either keep it for later to watch or to upload to You Tube. What sets the Elgato Game Capture HD apart from the rest is the fact that it is incredibly simple to use and it just works. There are no fiddly setup cables to contend with, no tricky software to make sure is set up correctly. You can literally get it out of the box, connect it up, install the software and start making videos.

Consoles have the inbuilt ability to make clips and upload them to You Tube and I got asked this question "Why buy that when the consoles do it already built in?" The answer was simple. The quality. No one wants to watch footage that looks like it was recorded with a potato.

In the smart looking nifty box there is the Elgato Game Capture HD itself, the "Get Started" card which covers using this device with either an Xbox 360 or a Playstation 3, a 1 meter HDMI cable, a 2 meter mini-USB cable, a 1 meter PS2/PS3-to-DIN cable and a very short DIN-to component/RCA stereo cable.

There is no software disc supplied, but it does direct you to go to the Elgato website to download the latest version of the software. Earlier versions did not support "live commentary" and this meant one extra step post production before you could publish your works to the world but in the latest versions it is built in. Basically this allows you to record an additional embedded audio track from your microphone whilst you are playing the game. Great for doing live commentaries and also having the game audio running in the background.

After installing the software all you have to do is connect the Elgato Game Capture HD to your chosen laptop or desktop computer with the supplied USB cable. The software will auto detect the unit and it will be showing under the "Capture" menu. I use mine with HDMI Xbox 360 connections so all I had to do is essentially place the Elgato Game Capture HD inline with the HDMI picture signal cable to the TV so the signal out of the Xbox goes into the Elgato Game Capture HD first and then out to the TV after that with the supplied HDMI cable. The unit is self powered so it requires no external power supply or batteries. The unit is also a pass through unit only this means it does not have any storage capabilities on-board.

The software has 2 main screens. The Capture screen and the Edit screen. In the Capture screen you can watch what is being passed through to the TV and being subsequently recorded. Out of the box you can simply hit the large red record button and be guaranteed excellent results. If you do want to tinker with the capture settings you can change them by clicking on a gear wheel icon in the capture screen. Because I only publish to You Tube I have disabled all the other output formatting options to declutter the screen. The Elgato Game Capture HD allows you to produce and publish directly to You Tube, Facebook, Twitter, Email, Apple TV, Ipad, Iphone, MP4 1080p, MP Original and Movie Maker. In this screen you have light meter style audio level readouts which show the game volume as well as the live commentary levels. These both have volume knobs to adjust and balance.

The Edit screen is where you can load up your game clips and chop them up, remove sections, save sections as new files etc. If you lose track of where you are you can also restore original video which is a great function but what I found is that after a couple months of use I had eaten up around 500gb. My solution to this is produce, edit, publish to You Tube and delete from the system. You cannot record audio over a video file after the fact, only split footage up and delete parts. Because of this I don't use the software for any editing any more but in the beginning I would find a full length gameplay in a 4 hour gaming session, cut out the stuff before and after that particular game, then I would publish to You Tube. The winning formula there was in its simplicity of use and execution. I could have a new gameplay clip published online all in one software package.

There is an excellent function included called Timeshift. If you forget to hit the record button and then have some great gameplay that you wished you had kept, you can simply drag the recording progress slider back to the start of the timeline and hit record. The Elgato Game Capture HD software uses a buffer of as long as you allow it to be. For a 2 hour buffer it uses around 4gig of HDD space. I found that this function chops the gameplay videos into 15 minute pieces whereas just recording from the start chops the videos into 30 minute pieces. The only reason I mention this is because I like to record audio and put intro clips into the footage so I basically export the raw files to my favourite post production program. It can be a pain working with lots of 15 min long videos. When you are working within the Edit screen the video will appear as one video only however, it is only when you browse to the storage folder you will see it is chopped that one gaming section up into several smaller files.

When you publish the video you can also set the name of the gameclip, the title, the section it will appear in, the tags associated with the file and also one thumbnail. You link your You Tube account and upload directly from the software. It is a small (think pack of cards) lightweight simple but extremely powerful piece of kit. Very portable so I can take it to friends houses and simply plug inline with their existing setup and in less than a minute they are recording their gameplay also.

You are also able to livestream to You Tube and Twitch using the Elgato Game Capture HD software also. This is a great function as it is again bringing into one solution many of the requirements of the publishing gamer.

Since I have been using the Elgato Game Capture HD I have published over 60 videos on my account and am very happy with its ease of use and its quality of recording. It always uploads in 720p whereas if you try and upload a video to You Tube using the actual website You Tube, giving it a 720p file quite often comes out at 360p for some reason. I never have this problem with this software. I have tried 1080p but I didn't notice any appreciable difference and the trade off of file size and upload times has seen me use 720p exclusively. I have a fast upload connection of around 10Mbs and I find my videos upload in around 10 minutes. If you are on normal ADSL you can expect over 30 mins to 45 mins to upload on average a 6-8 minute video.

In closing I have 6 words for you.

Can you build a better mousetrap?

Find out in this fun-filled game of crazy mechanical gadgets and chain reactions. Race to the finish and nab your opponent's mouse before your own gets caught!