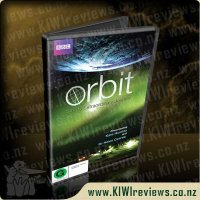 Right now, you're hurtling around the sun at 64,000 miles an hour. In the next year, you'll travel up to 584 million miles, to end up... back where you started. In this spectacular series, presenters Kate Humble and Dr Helen Czerski follow the Earth's voyage around the Sun for one complete orbit, to witness the astonishing consequences this journey has for us all.

From seasonal extremes to destructive weather, they travel the world to experience the great events that are shaped by our journey around the Sun. They venture back in time to show how the Earth's orbit has changed, and the astounding effect this has had on our planet.

For the first time ever, this astonishing series charts the progress of the Earth as it undertakes its incredible annual orbit around the Sun. From stunning space imagery to in-your-face storm chasing, this series showcases the incredible power of our planet's epic journey around the Sun.

I have to say this 3-episode series is quite impressive! After watching even a single episode of this, I had learned some important info about how something as simple as the Earth orbiting the Sun actually generates a large quantity of events that have and always will continue to shape our planet! It was very interesting to watch 2 presenters fork together to produce this film, sometimes it took me a while to realize that the presenter had changed, which added extra entertainment for me.

The cover design is awesome, I love how they took the letter "O" in "Orbit" and made it look like a diagram of the Earth with it's 23 degree tilt and the termination line, even now I can't stop myself from looking at it.

The digital graphics and demonstrations were well done, they provided an excellent visual aid to help me understand some of the processes that were in action. The film was made with a friendly-sounding soundtrack and actors, The friendly voices made me feel like I was just in the middle of a conversation.

If the series had been laid out in an unfriendly way, such as having a presenter how just drones on, with no emotion whatsoever, I would have given this DVD a bad review. It is surprising to see what happens in just 1 year, with consequences that can sometimes be happening in the background, and sometimes right in your face! I was also glad to watch an enlightening demonstration of how Hurricanes are formed and why they spin clockwise in the southern hemisphere and counter-clockwise in the northern hemisphere; As it turns out, it's all down to the Coriolis Effect.

Overall, this is a show that I will be watching again someday, and I highly recommend it to anyone who wonders: just what is going on behind the scenes in this world, and I assure you that after watching the DVD, you will then know that the magic number isn't 3, or 7, it's 23!

The name of the company is recognition of the grand masters of Russian Classical Ballet School and the Imperial Family who made such a ... more...