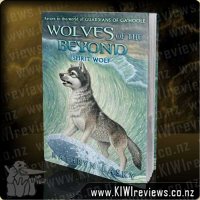 Disclosure StatementFULL DISCLOSURE: A number of units of this product have, at some time, been supplied to KIWIreviews by Scholastic (NZ) or their agents for the purposes of unbiased, independent reviews. No fee was accepted by KIWIreviews or the reviewers themselves - these are genuine, unpaid consumer reviews.
Available:
July 2012

Score: 9.3
Product reviews for listing 2331: The Book of Tomorrow -  Written by Cecelia Ahern

Tamara Goodwin has always got everything she′s ever wanted. Born into a family of wealth, she grew up in a mansion with its own private beach, a wardrobe full of designer clothes, a large four poster bed complete with a luxurious bathroom en-suite. She′s always lived in the here and now, never giving a second thought to tomorrow.

But then suddenly her dad is gone and life for Tamara and her mother changes forever. Left ... more...