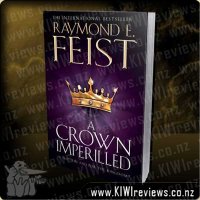 Disclosure StatementFULL DISCLOSURE: A number of units of this product have, at some time, been supplied to KIWIreviews by HarperCollins or their agents for the purposes of unbiased, independent reviews. No fee was accepted by KIWIreviews or the reviewers themselves - these are genuine, unpaid consumer reviews.
Available:
February 2012

A man battles for his life, two AIs vie for supremacy and a civilization hangs in the balance... Several forces now pursue rogue artificial intelligence Penny Royal, hungry for revenge or redemption, and the Brockle is the most dangerous of all. This criminal ... more...