« My Dream : Listen to the Children review 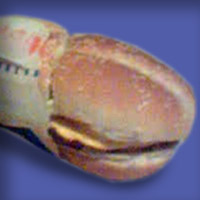 A flame-grilled hunk of solid Chicken meat, a ring of pineapple, bacon, lettuce and mayo, all in a long bun.

Chicken burgers are always my pick when it comes down to choosing between beef or chicken, and when it comes to choosing a fast food joint for either dine in or takeaway Burger King is almost always my choice over McDonald's, KFC, Subway and the like.

The BK chicken burger is normally my choice off the menu with the succulent chicken pattie, crisp lettuce and creamy mayo, sandwiched together between a soft fresh sesame seed bun. However when I have a few extra dollars to spare and feel like something a little more special I go for the Hawaiian BK Chicken Burger which has the same yummy fresh ingredients as the original BK Chicken, but with the extra yumminess of a ring of pineapple, bacon and cheese which makes for the ultimate tasty treat.

In the past I used to really like the way in which Burger King served these Burgers by cutting them into 2, this helped to make them much easier to eat and the ingredients didn't seem to go slipping out of the bun anywhere near as much as they do lately due to them have seemed to no longer cut the burger in half, I don't understand why this is to be honest, surely it was a convenient and no trouble job to undertake?

The Hawaiian BK Chicken burger teamed up with a side of chips and a yummy soft drink (I always go for raspberry coke, a mix of coke and the Schweppes raspberry) make for the perfect meal. Usually purchased by me after a week at work or as a weekend treat when out and about in town. My partner used to work for BK and tells me that this is one of the most popular burgers, and that the preparation time isn't long at all, the longest wait is waiting for the chicken to be cooked. To be honest id rather wait for fresh food than eat a burger that has spent its day sitting under the heat lamps. The price is a little steep for the burger on it's own but add on $2 and you get a drink and fries which makes is seem like a great deal. There are often coupons on the BK website which have pretty good 2 for 1 deals for this burger to. Definitely a burger worth trying.

Sometimes you just want a cheap burger. At McDonalds, you pick a cheeseburger. They often taste like cardboard, and may be kind of stale and tasteless, but sometimes that is exactly what you are feeling like. At Burger King, they have the BK Chicken. Similar to the McChicken, it is simply Chicken and lettuce, with a dollop of mayo on a long bun. They used to cut it in half to make it easier to eat, but they seem to have given up on that. Not that I care.

This is a burger that I enjoy the simplicity of. I don't have to pull any tomato or pickles out of it. I can just unwrap and eat it. I can chow one down in under a minute. If I want to try another burger but don't know if I'll enjoy it, I can even eat a BK Chicken afterwards regardless.

I have never been a fan of Burger King burgers because of the level of grease in their patties, but their chicken burgers have given me another reason to turn up. They can't compete with KFC's Zinger burger, but the Tendercrisp is a close second, with the BK Chicken not too far behind.

I never ever buy beef when buying burgers from places like Burger King, MacDonalds etc as I don't like the taste of a lot of fat and grease so if it doesn't say chicken or fish then it is not in my burger. I love this burger as it is nice and juicy thanks to the pineapple and if done right tastes great. I have found that sometimes there is too much mayonnaise and sometimes there isn't enough but mostly it is great tasting. I find when the particular Burger King is busy that often the quality falls so if I'm going to buy from them don't go during peak times.

I would order this over and over but only once a week as I have been told off for my weight from the GP (family history of diabetes and blood pressure problems) so have to think of healthier alternatives but when I'm not in the mood to worry about what I'm eating or feel like a treat then this is definitely a burger to consider.

I have tried introducing my kids to this burger but they only want the burgers that have the toys so are more than happy to have the kids meals but I'm sure when they find that the little burgers from the kids meals don't fill them any more that they will love this burger.

I would recommend this burger to others as I would any of the chicken burgers from Burger King.

Oh my gosh - the BK Hawaiian chicken burger, oh how I wish I had met you before now!! One word - YUMM!! I've always eaten burger king but until last night had never tried the Hawaiian chicken burger, and not for any particular reason really. I did kind of think the whole pineapple on a burger thing was a bit weird but when my hubby suggested it last night for dinner saying they were yummy I thought yea why not I'll try it - so glad I did! Just writing about it literally wants me to go back to burger king and get one right now lol!

Our local burger king (Whangarei store) has it's good and bad days - like most outlets I would suspect. Dear hubby told me there are times where he has had the Hawaiian burger and it hasn't been nice at all. I guess this comes down to your local store and just cross your fingers you get a good day! Luck of the draw really and like any takeaways it can never be as good as something you make at home. One of those things your better off having every now n then as a treat that's for sure as it certainly can't be good for you!

I do find Burger King quite expensive, and we always seem to spend more here than at other takeaway outlets but the price of this burger or combo is reasonable, there is certainly others on their menu that are more expensive. I was happy as I was full after eating this and that's the main thing!

Cooked chicken patty (the same as all chicken patty's at burger king), lettuce, mayo, pineapple and bacon all on a long bun. I particularly liked the long bun I must say - it seemed way easier to eat and less chance of spilling its contents all down your front which I am so good at doing with burger king burgers! It would also be easier to cut in half for children as due to the sizing (which was perfect for me) I doubt they would eat a whole burger. Definitely a winning combination all round and I can't wait to have another!

Sometimes when you go you get a really nice burger, but other times I have been and the lettuce hasn't been fresh and there has been too much mayonnaise. You do seem to wait longer for chicken burgers than the other burgers on the menu but overall the wait time hasn't been too bad.

I give this burger a 8/10 as far as takeaway burgers go as it is really filling and has a good taste in fact at lunch time I could probably only need half of the burger. I like the long bun style too as it is easier to eat and more tidy than eating out of a round bun always a bonus when you are eating with others and in public :).

I used to work for these guys and the prep time does depend a lot on how busy the store is but over all i gave it a 7.

I love these, they are the only bk burger that i eat. I cant stand the other "meat" there and still have nightmares about cooking it and the grease that used to drop out of the broiler.

Back to the burger, i love the taste combination and short of using a foot long bun, i don't know if they could improve it much, other than not sticking their greasy mitts all over the packaging and smearing the black pencil everywhere. The black pencil is used (if they are marking correctly) to show if you have added or dropped anything. They were fantastic to sharpen too ;)

I was talked into trying one of these by a chatbuddy, who said it was the best thing on the menu. Being a bit of a "Whopper if I have to" BK person, I figured "Worth a try at least."

She suggested that I get the extra mayo, since the chicken could get a bit dry. She was right, but no amount of mayo could remove that powdery after-feel that clung to the roof of my mouth for over an hour afterwards. Yuk.

Not much of a burger for the price, but compared to current prices, it could be worse I suppose. Highlight: They were able to make it in record time due to a total lack of customers instore at the time.

Overall... not really on my menu, thanks.

And it was - if you are a chicken & pineapple lover, then this burger is for you. They put plenty of bacon and cheese in too - surprising for a big name takeaway chain.

This burger is very filling. I could only finish half of it by the time I had eaten my regular fries (however, this could have had somthing to do with the hangover I was nursing).

On the downside, this burger is VERY expensive for the size of it. But if you don't mind forking out, you are in for an extremely tasty burger.

ROMA
ROMA targets not only those who enjoy Italian cuisine but also (because of the widespread appeal of this type of cuisine enjoyed by the New Zealand public) anyone choosing to dine out in Palmerston North who enjoys outstanding food, service and atmosphere.

UNO
Under Roma restaurant you ... more...