« Into the Wild review 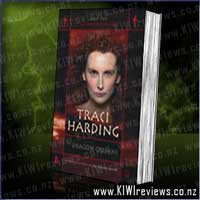 For Millennia, the Gene of Isis has been passed from mother to daughter...

Ashlee Devere, 19th century clairvoyant, adventurer and historian, is called upon to authenticate a Sumerian text that predates the Old Testament.

Kali, a powerful Goddess, and one of the keepers of the lost key to the gateway between our world and the next, is coming...

From the pyramids of Egypt to the legendary Halls of Amenti, from future myth to ancient science, from the sacred to the profane - the race to unlock the secrets of the Grail bloodline challenges the very nature of the gods...

Kelly Swift is trying hard to be an average teenager, to fit in. But every day her powers are growing: she can run ... more...