« The House With a Clock in Its Walls review 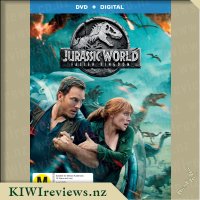 Disclosure StatementFULL DISCLOSURE: A number of units of this product have, at some time, been supplied to KIWIreviews by the company for the purposes of unbiased, independent reviews. No fee was accepted by KIWIreviews or the reviewers themselves - these are genuine, unpaid consumer reviews.
Available:
in stores September 2018

Three years after the destruction of the Jurassic World theme park, Owen Grady and Claire Dearing return to the island of Isla Nublar to save the remaining dinosaurs from a volcano that's about to erupt. They soon encounter terrifying new breeds of gigantic dinosaurs, while uncovering a conspiracy that threatens the entire planet.

I have to admit that I've enjoyed the Jurassic Park films and more recently, Jurassic World. My daughter's have also enjoyed them and when people got eaten, my youngest would refer to them as 'dinosaur food.'
The movie picks up three years after Jurassic World with Chris Pratt and Bryce Dallas Howard reprising their roles as Claire and Owen. They are tasked with saving the remaining dinosaurs from a volcano that threatens an 'extinction level' event, however, they soon discover a more sinister plot.

My 8 and 10 year old really enjoyed the movie and one scene had my more sensitive 10 year old in tears (I had to keep reminding her that this wasn't true!) They were engaged throughout and jumped and squealed in all the right parts. Personally, I didn't think this was nearly as good as Jurassic World. I noticed a lot of plot mistakes and simple continuity errors that shouldn't have existed. There were other sub plots that seemed to be thrown in to 'flesh' the film out without having any serious or meaningful impact on the film. The dinosaurs were bigger and scarier but that was to be expected. The Indo-Raptor is shown as the ultimate killing machine which makes me wonder what they will create in the next movie (and we are left in no doubt there will be another movie!) The casting is good and Rafe Spall is fabulous as smarmy aide Eli Mills whilst Jeff Goldblum makes a fleeting appearance as Ian Malcolm.

Fallen Kingdom sadly doesn't bring anything new to the franchise and parts are entirely predictable. There are some great special effects but if the third film in the Jurassic World is to be an improvement, then the plot and script are going to need a major overhaul! It's great for the kids and for adults not wanting to watch anything too challenging. 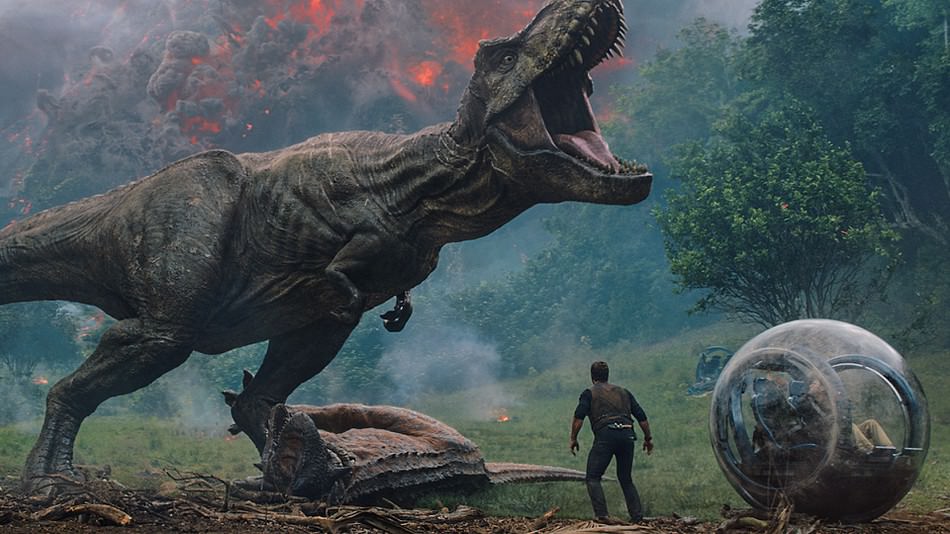 I saw Fallen Kingdom before it came out on DVD, and I thought it was okay. Nothing special, but nothing awful. When I had the chance to watch it at home properly, I tried to give it another go and quickly realised that the movie is an incredible hot mess.

The thing that has made Jurassic Park such a successful film to try and build a franchise from, is its ability to create a sense of wonder in the viewer. Being in a modern landscape with Jurassic creatures would be an amazing sensation to behold, but as Hollywood cranks out more and more Jurassic films, the wonder is lost, and instead replaced with jump scares and more "action".

Right from the start of Fallen Kingdom, we are fed scenarios that contradict each other and events that occur a certain way for plot convenience and to add tension. Whether it be helicopters that can withstand a T-Rex tugging on its rope ladder, a door that stops closing if the controller is broken, a completely different layout of the island to the previous movie, or people that communicated with radios moments ago choosing not to use their radios to add suspense, the film comes across very lazily written. No real thought has been put into the science of things, and it is as if the writers decided the presence of dinosaurs meant all science goes out the window.

The characters make a return with Bryce Dallas Howard and Chris Pratt taking up the roles of Claire and Owen again. Unfortunately, the writers decided to revert the characters back to their original status in the previous Jurassic World movie, ending their relationship off-screen for no reason other than to elicit a few laughs when discussing the break-up and give them something to try and rekindle during the sequel. An entirely unnecessary addition to the storyline that adds nothing to the plot.

The entire premise of the film revolves around trying to save the dinosaurs from extinction as the island they are on is an active volcano about to erupt, but the plot becomes incredibly convoluted from that point on. I could write over 900 more words at least on parts of the film that left me exasperated due to the impossibility of it occurring, or the contradictory nature of the film in that it doesn't even follow the rules set up within the film itself, but in doing so I would spoil what little plot there is. Combine the trailers for Fallen Kingdom, and the first half of The Lost World, and you have the plot for your sequel.

Perhaps one of the reasons I have started to dislike these films is the departure from realism with respects to the raptors. While in the first Jurassic Park film, the T-Rex saves the day, it does so by accident, and the situation follows that if the humans were to stick around, they would be in danger from the T-Rex. But these films have turned the T-Rex and raptors into "friends" of the humans, working together with them and protecting them, when there is really no basis for it. You can through as much backstory as you want at me, but when you start trying to make me categorise dinosaurs into good and bad carnivorous dinosaurs, then the franchise has really lost everything that made it fun and suspenseful.

Beyond all of the horrible new plots (don't get me started on the "clone" side-story) and regurgitated old plots, the film is well shot. Crisp and clean, the film has all the aspects of a big Hollywood film that combines dinosaurs with fast-paced action. It will keep the younger kids entertained. I feel the trailers give a false idea of what the movie is truly about only really revealing the first 20 minutes or so, but as it is just reusing the plot from Jurassic Park 2, You are going to have a pretty good idea what will happen as soon as you see the grizzled military men. Jeff Goldblum has a minimal part to play that takes up a 2-minute slot at the start of the film.

So this may entertain the younger fans of dinosaurs, but for anyone that has seen the original trilogy, Jurassic World has lost its spark and has fallen foul with lazy writing and plot convenience. I couldn't even finish it on the second viewing. It wasn't worth my time.