Justice League - Attack of the Legion of Doom review 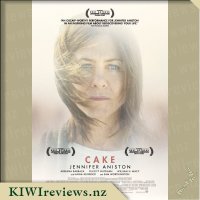 After having visions of a member of her support group who killed herself, a woman (Jennifer Aniston) who also suffers with chronic pain seeks out the widower (Sam Worthington) of the suicide. Jennifer Aniston. Anna Kendrick. Sam Worthington.Those are some pretty big names for a film. But I should have been able to better predict how I'd feel about this film by the fact that it came out last year, and yet I had never even heard of the film until a month ago. This is an indie film with hollywood actors, and I'm conflicted with how I felt about it.

I suppose I'll start with the cast. Anna Kendrick had a very small part to play in the film. Unfortunately, we never see her before the "event" so seeing a quick glance at a photo of her afterwards was not enough for me to realise her position in the film. Her later appearance in the film therefore caused a fair amount of confusion, as the lack of any effects nor surprise from the protagonist left me unsure as to what was real or imaginary. But as the film progressed, you learn to associate the character separately from the events occurring.

Sam Worthington also has a very limited role as a depressive yes man, who fails to fill any expected niche. Not really a romantic interest, a shoulder to cry on, or someone to win the trust of. His role seems rather unnecessary, beyond being a tool share backstory and to measure the progress of Jennifer Aniston's character development.

Aniston's performance was probably the most I have ever seen her act before, and while convincing, the story around the character failed to really move. You could almost say that I begun to empathise with the idea of chronic pain, because the film dragged and developed so little in the first 3/4 of the film, that it became difficult to watch.

Adriana Barraza was however my favourite from the cast. She looked like the real life equivalent of Consuela (Family Guy reference), but her character Silvana was deeply moving. Her character was the most three-dimensional, and I understood her pains and frustration. I felt the emotions that were conveyed, the need to help, the loyalty despite limited reward, the fear of constantly putting yourself at risk for another. It was the only part that made this film bearable.

This film works with a lot of subtlety. It tries to hide the back story from you. It doesn't want to tell you who the characters are. It doesn't want to let you know what occurs in real life, and what occurs in someones head. It gives you a lot of extra characters and plot lines that go nowhere, but won't let you know what can be disregarded. It constantly tries to make you think about everything that has happened up to the current point, and even after it reaches the climax, the epiphany, it doesn't celebrate it. It carries on with barely a mention.

For me, this film was a lot of work for little reward. I almost started to gain some interest in the film, but it was quickly lost. Adriana Barraza had a stellar performance; honestly I could not fault her, and I truly believed that she believed she was the character that she portrayed. It was amazing and authentic. But nothing else in the film came close.

Now Peter is in college, and his relationships with the people he cares most about are ... more...