War of the Worlds review 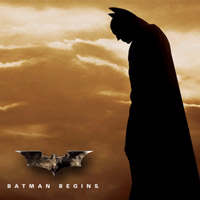 Christopher Nolan's Batman Begins explores the origins of the Batman legend and the Dark Knight's emergence as a force for good in Gotham. In the wake of his parents' murder, disillusioned industrial heir Bruce Wayne (Christian Bale) travels the world seeking the means to fight injustice and turn fear against those who prey on the fearful.

He returns to Gotham and unveils his alter-ego: Batman, a masked crusader who uses his strength, intellect and an array of high tech deceptions to fight the sinister forces that threaten the city.

Batman 1 was funny, #2 was a definite sufferer of sequelitis, #3 was just plain corny and #4 wasn't much better (Let's face it, the car was hilarious, not fearsome!) So it was with some reluctance I agreed to go see #5 despite, or perhaps because of, it's record-breaking us$100million promotional budget. General rule of thumb for me is "The bigger the hype, the bigger the chance of crap."

The Opera that the Waynes go to see before their deaths is Johann Strauss' "Die Fledermaus" (the Bat). This, and other such references, such as Bruce Wayne driving up in a Lamborghini Murci?lago (Murci?lago is Spanish for Bat), give the whole movie a slightly corny taste, but help to lighten the mood just before dramatic moments, giving a much improved 'shock' factor.

This Batmobile was built from the ground up, not based on any existing cars. Wanting to use as many practical effects as possible, Christopher Nolan told the production crew that he wanted the Batmobile to actually do its own stunts without camera trickery, CGI or models, and as a result, it really could take sharp turns at 60 miles per hour, brake to a complete stop on a moment's notice, and could even go into a rampless jump, clearing up to 40 feet in the air. They went through four Batmobiles during the course of the movie. When you consider that each one cost an estimated half a million UK pounds, that's a lot of Batmobile!

It seems while shooting on the streets of Chicago, a person actually crashed into the Batmobile. The driver was apparently drunk, and said he hit the car in a state of panic, believing the vehicle to be an invading alien spacecraft. Much of Batman's gear and apparel, including his cape and suit, is based on actual military technology, so perhaps Truth really is stranger than Fiction.

Speaking of strange, I swear that I never saw Ken Watanabe blink. It's kinda creepy, which is very fitting for his character, the most powerful assassin in the world. However, this makes the manner of his death a total anticlimax... powerful people should never die in mundane ways, no matter what side of the good-or-evil divider they reside on. But that's just my sense of dramatic justice speaking.

Also in the 'strange but funny' category, 9 of the main actors were from the UK! That's well over two thirds of the lead roles. The bit that makess it funny, is that they all played American characters, and they did it well! Christian Bale, who played the lead role of Bruce Wayne, continued using the American accent he'd adopted, even during interviews. He explained that he didn't want potential moviegoers to be confused about why Batman, an American institution, was being played by a Welshman.

Apparently, the script was written by David S. Goyer while he was also writing and preparing to direct Blade: Trinity (2004). He is a truely talented man, if that is true. Before the shooting began, Christopher Nolan invited the whole film crew to a private screening of Blade Runner (1982). After the film he said to the whole crew, "This is how we're going to make Batman." I would have to agree, the whole feel of the movie is dark, futuristic, gripping in a visceral way. it reaches down inside your psyche and gives it a good rattle, making it a highly engrosing movie indeed.

Overall, of all the Batman movies, this one is by far my favourite. It has the dark anger, the raw emotion, and none of the cornball supervillains. The Scarecrow is the only 'wierdo' in this movie, and he is revealed as a normal man, doing a job, and doing it well... but still just a normal man free of deformities. Physical ones, at least. Even if you thought the other Batman movies chomped the big kumera... go see this one. It will revitalise your good impressions of comicbook-crossovers.

"I'm feeling a little disconnected from my real life - I mean, I don't know where my body is, or where reality is, what I've actually done or not done."

"That's a great sign - the game is a lot more fun when it starts to feel realer than than real."

Allegra Geller, the leading game designer in the world, is testing her new virtual reality game, eXistenZ with a focus group. As they begin, she is attacked by a fanatic ... more...