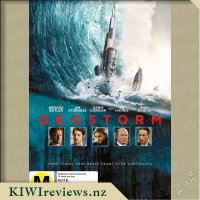 After an unprecedented series of natural disasters threatened the planet, the world's leaders came together to create an intricate network of satellites to control the global climate and keep everyone safe. But now, something has gone wrong: the system built to protect Earth is attacking it, and it becomes a race against the clock to uncover the real threat before a worldwide geostorm wipes out everything and everyone along with it.

End of the world disaster movies tend to all have the same key points when it comes to their content. Does our hero loose what's important to them? Check. Do they have an ex partner and a child? Check. Is their a family conflict? Check. Is our hero the one required to save the day? Check. Do thousands of people die? Check. Heartwarming ending? Check. Lots of destruction? Check. At least one national landmark destroyed? Check. So as you can no doubt gather, Geostorm has all the hallmarks of your typical disaster film, but in this case they've used technology to reign in our natural disasters and now it's gotten out of control. This leads our characters down a trail of murder, destruction and espionage.

Now, I don't go to an end of the world film for a good plot line, I watch it to see just how someone can dream up destroying the world with floods and ice and storms and so on and this film didn't dissapoint when it comes to variety on the destruction of the world using Mother Nature. While the majority of the film takes place in the US and in the space station, we do get to see what is getting thrown at other cities around the world. Because of the situation surrounding the station built to control the weather, the various nations each have a representative onboard which does create a smidgen of diversity but it kinda falls flat when they get such little screen time and everyone else is white.

Once things start to happen the movie flows at a fast, action filled pace with plenty to keep you watching but where it shines in explosions and destruction it fails in plot. As I said above, it meet all the traditional hallmarks of this strain of films but other than the idea of "let's save the world/as many lives as possible" you have plenty of plot holes to find if you're paying attention to the plot, though I won't go into them because spoilers... The acting is good for what it is, nothing was ever going to get this major awards, the CGI is passable but again, there are moments where it is quite clearly fake (someone should have hired a Pixar animator...). If you're happy to wile away just under two hours on a film that has some good destruction and pretty much no plot, then this could be the film for you. 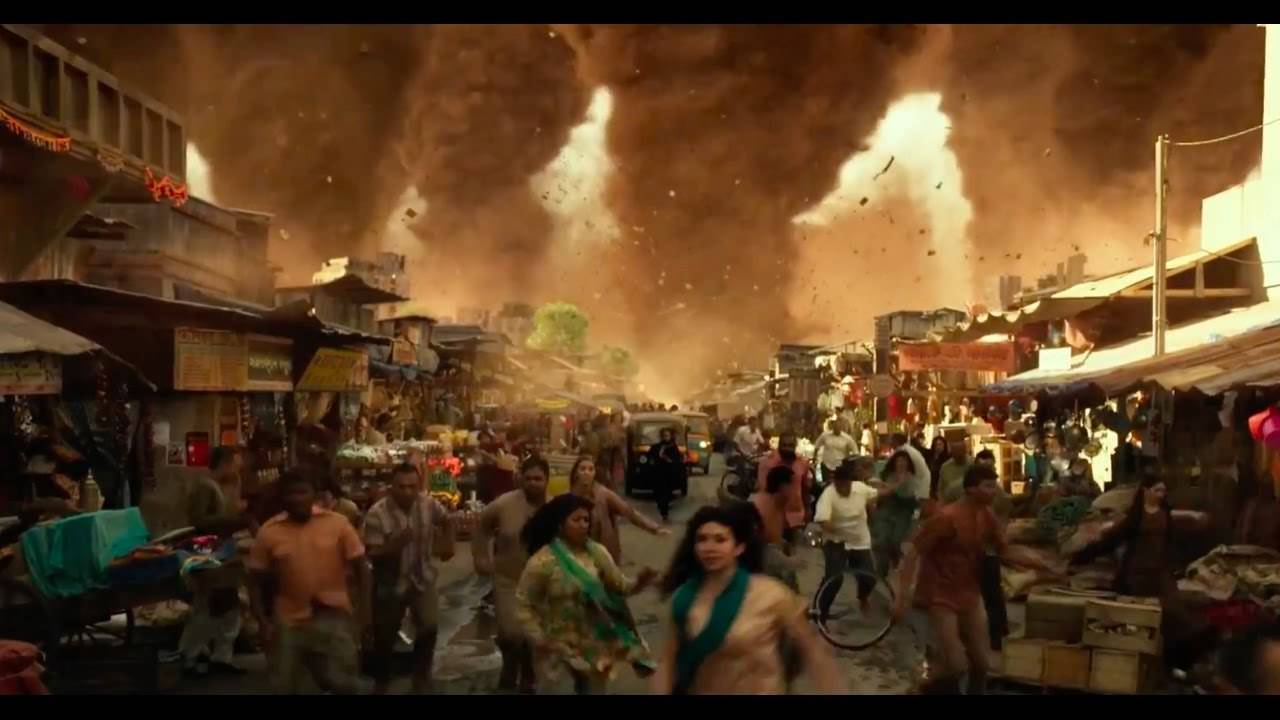 When I went to university, I studied biology not because I enjoyed it, but because I was for some reason good at it. While I was there, however, I did some general education papers in environmental science, which absolutely enthralled me, and made me change the direction of my studies towards that environmental side. So I love when movies try to incorporate such issues as climate change and environmental degradation, air and water pollution, resource scarcity. Such films as Snowpiercer, The Day After Tomorrow, even Avatar and Wall-E are examples of movies that really made you think about the importance of science, and our footprints on the world around us.

Geostorm attempts to consider the ramifications of using technology to combat climate change directly, with a global system of climate controlling satellites. The idea of using technology to directly attempt to nullify the results of climate change is a surprisingly common train of thought for those that deny climate change, believing that even if we were the cause if the climate shifts, that by the time the situation would be dire, technology would be able to fix it (and thus investing in clean technology and doing anything now is unnecessary in their eyes). What has always been missing, however, is the method that technology would take to be able to combat these changes.

The whole idea of these satellites is really what appeals to me about the movie, and I would have loved a prequel to this film, where you got to see the faux-documentary of the scientists working through the challenges of the varying scales of climate patterns, getting the international community to agree to the creation of such a system that has so much power. Geostorm skips all of that and moves straight to the planet-saving device being used to instead destroy the planet; turning what could have been a brilliant suspense/drama/thriller, into a rather bland "action-packed" disaster movie.

The film, in general, is rather simply written. While the plot is full of holes and is rather convoluted, the cast all have a purpose, and they are all extremely convenient to the plot. A case of lazy writing, with more convenient circumstances than major conspiracies that exist in the world right now. It makes it nearly impossible to engage with the characters and immerse yourself in the storyline because the characters are so one-dimensional.

The CGI was also below par. When we can get realistic looking CGI animals in the Planet of the Apes trilogy, and Disney have water animations so realistic that they specifically tone it back to make it more "cartoony" for the sake of their Finding Nemo franchise, the visual quality of the "natural" disasters throughout this movie was almost cringeworthy. When you try to get caught in the moment, in the danger, and then the abomination of a tornado or tsunami comes on screen, the magic is lost.

If you want a cheap looking movie with poor acting, and the usual Hollywood survivor bias, then this Saturday night popcorn flick is for you! If you wanted to see stuff getting destroyed, then this may be for you! If you want a film that actually makes a slight lick of sense, then keep on looking. Geostorm only works if you like watching explosions, and don't care enough to notice the obvious holes in the plot. A simple film, with an interesting premise that could have had so much more potential. It entertained me rather basically for just shy of two hours, which you can't really baulk at. But I have no urge to rewatch it.e film

Score: 7.5
Product reviews for listing 489: Home on the Range
Directed by Disney Classics

When a greedy outlaw schemes to take possession of the 'Patch Of Heaven' dairy farm, three determined cows, a karate-kicking stallion named Buck and a colourful corral of critters join forces to save their home.

The stakes are sky-high as this unlikely animal alliance risk their hides and match wits with a mysterious band of bad guys.