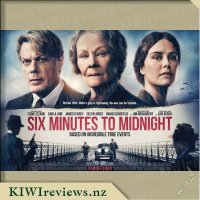 Disclosure StatementFULL DISCLOSURE: A number of units of this product have, at some time, been supplied to KIWIreviews by the company for the purposes of unbiased, independent reviews. No fee was accepted by KIWIreviews or the reviewers themselves - these are genuine, unpaid consumer reviews.
Available:
in cinemas from April 22, 2021

Summer 1939. Influential families in Nazi Germany have sent their daughters to a finishing school in an English seaside town to learn the language and be ambassadors for a future looking National Socialist. A teacher there sees what is coming and is trying to raise the alarm. But the authorities believe he is the problem. 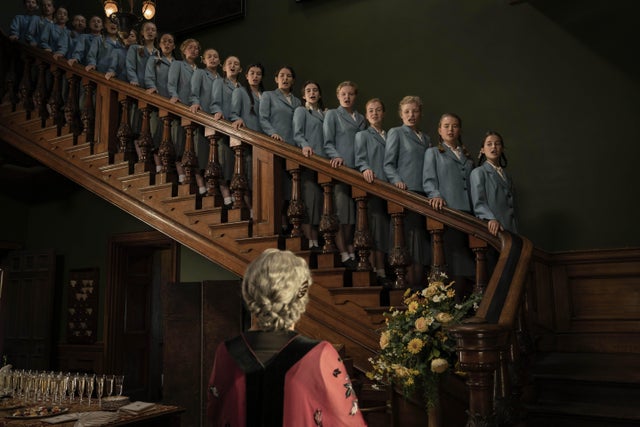 It is incredibly difficult to screw up a film with the Nazis involved. At least up until recently, there has never been a more polarizing separation of good and evil, as there has been between the Nazis and whoever happens to oppose them. Human sterilization, experimentation, forced breeding, death camps, and the slaughter of minorities, are all aspects that the world used to unanimously agree were bad things. Simply from the sight of a Nazi swastika, the audience knows who the villains are. And yet, here we are, muddying the waters by combining Nazi high command's daughters with an Anglo-German British spy in pre-world War Two times. All of a sudden, the audience is in a position that the characters need to be developed to fully recognize who is good or bad. If only Six Minutes to Midnight had made that effort.

This is one of those stories that is based on something true. Influenced by it. This is a fictional story that uses an unusual set of circumstances and attempts to use that polarizing view to build a successful, dramatic thriller. The story revolves around a finishing school in East Sussex, England, that taught young German girls how to speak English and lady-like etiquette; one of those girls being the daughter of one of Hitler's high command. A potentially scandalous situation in hindsight, but one that clearly never bore fruit, which is why Six Minutes to Midnight is noticeably fictionalized.

This project is only the third theatrical feature film to come from Andy Goddard, who has been better known for his directorship of television material, and Six Minutes to Midnight carries that television vibe. Despite the presence of cinematographer Chris Seager, who was involved with Watchmen, and The Alienist, this project comes across as decidedly bland, with desaturated colours and uniform lighting. There are a plethora of pleasing landscape shots, but they have little connection to the story and thus fail to build any emotional investment in the film. Despite his work directing some praise-worthy Marvel television series (Daredevil, The Punisher, Luke Cage), Goddard's directing style fails to create a convincing emotional narrative.

More likely, it is the lack of charisma from Eddie Izzard. His first attempt at scriptwriting, Izzard's Six Minutes to Midnight is noticeably ham-fisted and clunky, with underdeveloped characters chase scenes that employ more physical humour than tension, a cavalcade of movie tropes, and a narrative structure that doesn't flow. Those that have been rewatching Hannibal on Netflix will recognize the face of Abel Gideon, who Izzard portrayed, and be disappointed at the poor character development and lack of authenticity that Izzard has brought to this new role.

Six Minutes to Midnight makes no attempt to develop any of its central characters. With a large group of girls at this school, only three of them are even given names, let alone arcs, personalities, and opinions. It's this complete disregard for character building that prevents the film from gaining any momentum. Without any setup around the girls, there is no sense of conflict, nothing for the audience to empathize with, and certainly no stakes worth being concerned about. Goddard and Izzard simply assumed having Nazis and World War Two would mean no character development would be needed, and yet they specifically choose characters that walk along both sides of the Anglo-German boundary. Allegiances need to be established. Loves, lusts, and hates need to be on display, but all of these characters are empty; empty of emotion, and empty of individuality.

The final act does start to improve in terms of pacing, but it is too little, too late, and Six Minutes to Midnight ends right when the film starts to get interesting. The dramatic elements lack any of the ingredients to generate tension, the action sequences are sporadic, never gaining momentum, and the final moments of the film come across forced. It doesn't feel genuine, every action is specific to move the story forward, with little regard for whether it comes across as organic. No time is given for any moments to build character or allow impactful scenes to have an impact.

A potentially interesting story is wasted on poorly developed characters, with either exaggerated performances or a complete lack of emotion. Six Minutes to Midnight has been years in the making. Perhaps they would have benefited from working on the script for a few more years.

A tyrant from the future creates evil android doubles of Bill and Ted and sends them back to eliminate the originals.