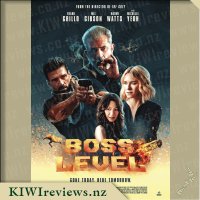 Disclosure StatementFULL DISCLOSURE: A number of units of this product have, at some time, been supplied to KIWIreviews by the company for the purposes of unbiased, independent reviews. No fee was accepted by KIWIreviews or the reviewers themselves - these are genuine, unpaid consumer reviews.
Available:
in cinemas from February 25, 2021

Roy Pulver, a retired special forces soldier, finds himself trapped in a sinister program which results in a never-ending time loop leading to his repeated death. 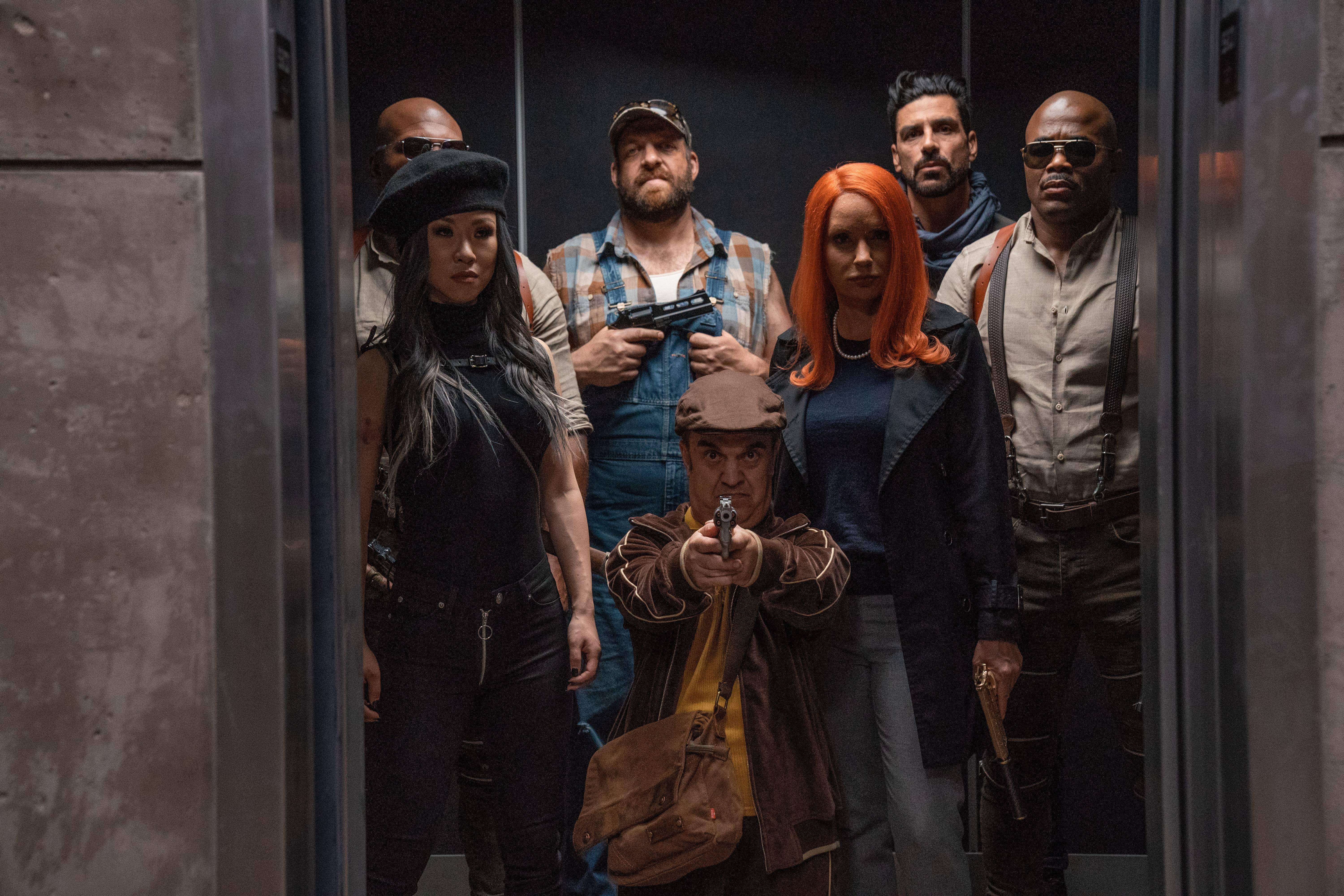 Boss Level plays with a concept that we are all familiar with, looping time, and has been successfully done in a variety of forms. Groundhog Day is perhaps the classic example of exploring the dramatic and comedic elements of being stuck in a loop, repeating the same day, with Tom Cruise's Edge of Tomorrow exploring the more tactical, action-based advantages. Enter Boss Level, which attempts to fuse action, comedy, and drama into a single film, with varying levels of success.

Selecting the wrong style of narrative device would destroy a film like this, but Director/Writer Joe Carnahan makes the smart choice by not taking itself too seriously. As the audience, we don't discover the film's quirk at the same time as the protagonist. It skips over that initial "learning" arc entirely, instead, starting when the protagonist has reached a point that he can't for the life of him surpass; literally, every day ends with his death. A common issue that occurs in difficult videogames (such as Dark Souls) where you end returning to your last checkpoint far too often, has inspired the direction of the film. Videogame-style.

Even in the opening minutes, Frank Grillo's Roy Pulver executes move after move like a well-rehearsed mini-game button combo, his apathetic attitude setting the tone for the next 100 minutes of runtime. Unlike Daniel Radcliffe's similar styled Guns Akimbo, there is no confusion in Boss Level over whether you are meant to take the film seriously or not. Pulling from other game-inspired films like Gamer and Scott Pilgrim vs. The World, Carnahan takes every opportunity to poke fun at the premise of the film, whether through creatively working around repeated scenes, gratuitous violence, specifically pointing out annoyingly repetitive dialogue and actions, and generally exploring the boundaries of the time loop in a fashion that constantly reminds the audience that our protagonist is never really in grave danger. Deadpool, if it was science-fiction instead of a superhero film.

The videogame stylings are helped further by the film's near non-stop thriller pacing. Skipping through the highlights of Roy's 140-odd "playthroughs" builds a repertoire of gruesome deaths that build a tension of constant danger and tension despite Roy's supposed inability to permanently die. Not dissimilar to the pacing of Jason Statham's Crank franchise, and 2007's Shoot 'Em Up, Boss Level does not take its finger off the trigger until the end of the first act.

The sheer number of films that Boss Level seems to be inspired by, or borrow attributes from is high, and for that very reason, the film feels very familiar. There isn't anything that breaks new ground, but Carnahan isn't going for ground-breaking; Carnahan is going for exciting and engaging.

It is the engaging sections where Boss Level starts to falter. A film cannot continue at such a fast pace throughout its entirety (no matter what Crank: High Voltage tries to tell you), but our protagonist Roy goes through several epiphanies that change the direction of the film. With each change of direction comes a change in goals and a change in where the climax of the film should be; in essence, Boss Level can't make its mind up over what the Boss Level actually is.

Opposing Frank Grillo's Roy is Colonel Clive Ventor (played by Mel Gibson), and Gibson manages to go beyond videogame villain, putting forth an incredibly ham-fisted acting performance. To be fair, the performance matches the tone of the rest of the film, but it builds up the anticipation to a level that isn't suitably resolved in the film's climax. A strong start and an adequate middle act, are let down by a final act that doesn't know whether it is coming or going.

By no means is Boss Level a cinematic masterpiece, but it manages to still put together a fun, fast-paced feature that leaves you wanting more. At 55, Frank Grillo continues to hold men to an unattainable standard of musculature and masculinity, but Carnahan manages to round off those rough edges with a character development arc that gives Roy more depth than his type of character would traditionally receive.

Ten-year-old Sophie is in for the adventure of a lifetime when she meets the Big Friendly Giant (Mark Rylance). Naturally scared at first, the young girl soon realizes that the 24-foot behemoth is actually quite gentle and charming. As their friendship grows, Sophie's presence attracts the unwanted attention of Bloodbottler, Fleshlumpeater and other giants. After traveling to London, Sophie and the BFG must convince Queen Victoria to help them get rid of all the bad giants once and for all.