ProdID: 8788 - A Call To Spy
Directed by Lydia Dean Pilcher 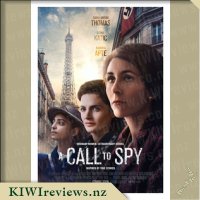 Disclosure StatementFULL DISCLOSURE: A number of units of this product have, at some time, been supplied to KIWIreviews by the company for the purposes of unbiased, independent reviews. No fee was accepted by KIWIreviews or the reviewers themselves - these are genuine, unpaid consumer reviews.
Available:
In cinemas from December 26, 2020

A Call To Spy product reviews 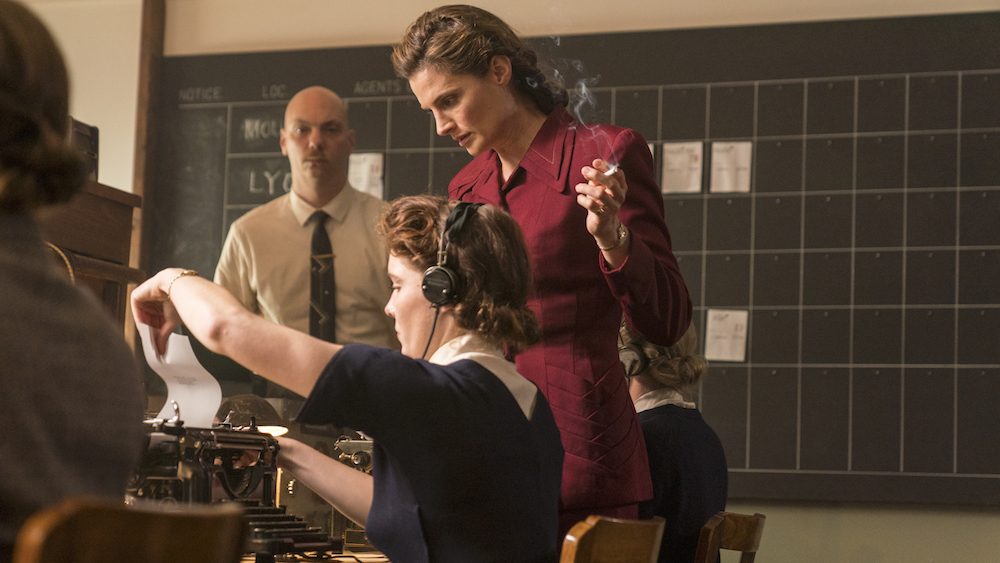 A Call To Spy strongly vibes with one of it's biggest influences, 2016's Hidden Figures; taking a well-known part of history, and revealing another side of the story that was just as significant, but is a perspective that is yet to reach the mainstream. This isn't so much an increase in stories about the supporting positions to a larger story, but stories about women that have been previously pushed under the rug to make room for the men's stories.

There is no hostility for past mistreatments, in fact, it is the constant ability of men to underestimate and misjudge women that have allowed this true story to occur. Women being able to actively sabotage Nazi Germany.

This is a story about spies, but the representation is very well-grounded. These aren't women in glitzy gowns and men in tuxedos, drinking spirits, gambling with a villain at the poker table, avoiding lasers, and getting into car chases. This is about the beginning of espionage in an occupied and war-torn Europe. Not happy to look at the program when it had worked out the kinks, A Call To Spy covers the period of time when 1 in 3 spies were killed within six months, and they do not shy away from the human cost. Granted it could have been prudent to follow more than a couple of agents, to more accurately portray that human cost, but for a feature-length film, following two agents was more than enough content.

In fact, it was a little too much content. Following the stories of two agents, and their superior back in Britain, A Call To Spy is already bursting at the seams, trying to do justice to three stories. To a large extent, Sarah Megan Thomas does a great job on the script, compacting the three stories into a 124-minute runtime. Backstories and motives are succinctly provided, and any subplots and tangents are swiftly closed off to keep the film on target. Unfortunately, three stories still mean that the audience is being pulled from one scenario to the next, in a manner that prevents them from being able to become fully immersed in any of the stories.

It is unfortunate because these are highly dramatic stories. Virginia Hall, an American amputee with a wooden leg, working for British Intelligence by forming resistance cells in occupied France. Noor Inayat Khan, a Muslim pacifist wireless operator turned field agent. Vera Atkins, a jew, unofficially coordinating the Special Operations Executive in Britain without rank or citizenship. The repetitive jumping between stories reduces their story to a highlight reel of successes or failures that don't allow the time for pressures or urgency to be organically developed; the audience simply skips on to the next plot point, ignoring the life-threatening situation that our heroines are currently in.

With the script being written by Sarah Megan Thomas, and Virginia Hall being portrayed by the same Sarah Megan Thomas, it is no surprise to find that her character gets the bulk of the screentime, with Noor gaining little more than a token mention from time to time as the film progresses. Considering the importance of her role in the successes of the resistance's operations, it is regretful to note that her character wasn't provided more than a cursory role in the film, especially when you consider the dangers that a woman of colour in Nazi-occupied-France would be in.

Nevertheless, A Call To Spy does bring these women and their stories to light. With more content available online to learn about each of these women, A Call To Spy may not have a lot of actual spying in it, and the constant jumping between individual stories may slow the pacing down in the second act, but it will pique the interest enough to warrant further research into the matter.