« Into The Darkness review 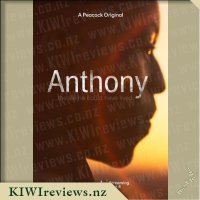 Disclosure StatementFULL DISCLOSURE: A number of units of this product have, at some time, been supplied to KIWIreviews by the company for the purposes of unbiased, independent reviews. No fee was accepted by KIWIreviews or the reviewers themselves - these are genuine, unpaid consumer reviews.
Available:
on Acorn TV from October 26, 2020

In July 2005, black teenager Anthony Walker was murdered by two white men in an unprovoked racist attack in a Liverpool park. He was just 18 years old. This film tells the story of how this talented young man's life might have turned out. 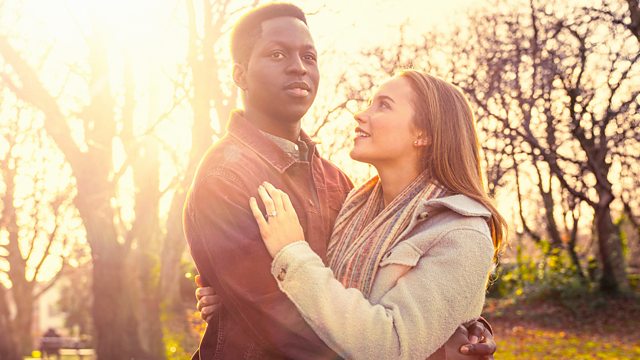 It certainly seems like the era for racial dramas. With #BlackLivesMatter attempting to bring about a revolution against the rampant inequality of care shown by law enforcement in the United States, Mainstream media has been quick to generate visual stories (both real and inspired by real events) to constantly remind the world of the difficulties that people face by the colour of their skin. More recent racial dramas come in the form of Green Book, 12 Years A Slave, BlacKkKlansman, The Hate U Give, I Am Not Your Negro, American Son, and If Beale Street Could Talk. Anthony comes at it from a fresh--albeit fabricated--angle.

Rather than a negative perspective that focuses on how the coloured protagonists struggle against microaggressions and daily acts of racism, Jimmy McGovern's script looks the other way, at the positive effects the character's life could have had on the world if it had not ceased when it did. Being accepted into a prestigious college, making a genuine connection with someone, forging a life together, having a child, and helping others; McGovern doesn't try to make our titular character--Anthony--into anything over-the-top. Achieving these milestones are but an expectation for the privileged, for a minority, they often prove impossible without assistance due to the disadvantages they were dealt.

With a narrative style that works its way backward from 25 to the age of 18, when Anthony was fatally assaulted, director Terry McDonough enacts his vision of building that sense of loss. Moving from a point in a theoretical future when Anthony's life is full, and then rewinding the clock, slowly stripping away each achievement; his charitable nature, his child, his wife, his fiance, his girlfriend, his education, and finally...his life.

Anthony has a narrative style that is easy to lose focus on; when the outcome is known, and all cards are on the table from the get-go, there is little left for the audience to invest in. McGovern's script doesn't just focus on Anthony, however, it also expands into his relationship with his friend Mick, whos alcoholism carries its own myriad of effects. The subplots provide a much-needed distraction from the inevitable whittling away of Anthony's freedoms and allow for greater character development and display of our protagonist's flaws; because let's be realistic, nobody is perfect.

While the first act can feel a little directionless, jumping from one highlight reel to the next, the second act starts to increase the tension as racial aggression starts to increase, and you can feel a sense of claustrophobia setting in as Anthony gets ever closer to the endpoint of his story. When it finally happens, it's short and is largely off-screen, but the brutality will shake you to your core. The venomous nature of the verbal attacks will leave you unsettled. The cowardice in how the assailants' fight will make your blood boil. But the visual of a mother trying desperately to embrace her son around a number of tubes and medical equipment will leave you pained and empty.

It initially feels like a slow film that lacks a direction, but Anthony has a message, and it isn't to point fingers as who is to blame. It's to think of how much good that one person can bring to the world. How their smile and love could have brought so much more than his absence.

Score: 5.0
Product reviews for listing 8720: I Am Woman
Directed by: Unjoo Moon

I Am Woman tells the story of singer Helen Reddy, who wrote and sang the song "I Am Woman" that became the anthem for the women's movement in the 1970s.