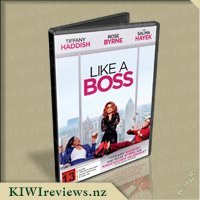 Disclosure StatementFULL DISCLOSURE: A number of units of this product have, at some time, been supplied to KIWIreviews by the company for the purposes of unbiased, independent reviews. No fee was accepted by KIWIreviews or the reviewers themselves - these are genuine, unpaid consumer reviews.
Available:
in selected stores from June 2020

Best friends Mia and Mel run their own cosmetics company -- a business they built from the ground up. But they're also in over their heads financially, and the prospect of a buyout offer from an industry titan proves too tempting to pass up. The beauty business is now about to get ugly as the proposal puts Mia and Mel's lifelong friendship to the ultimate test. 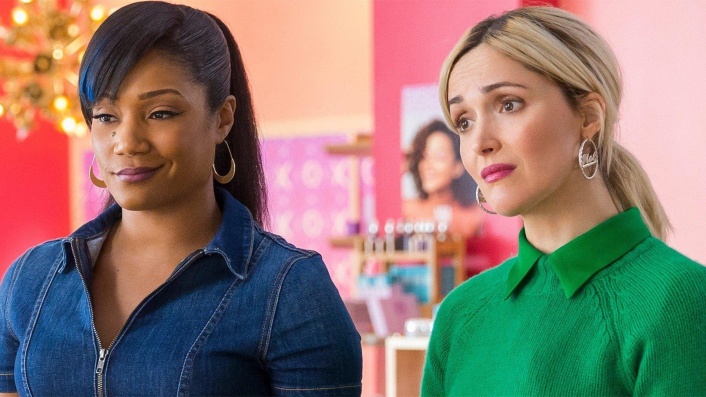 What an absolute surprise this film was. With so many films in the last year absolutely thrashing the whole "women are great" theme by bashing all of the male characters rather than building strong character development (I'm looking at you, 'Charlie's Angels' and 'Underwater'), it's nice to find a film that manages to do it right. There isn't some forced "all men are stupid" narrative in this film, and while there are plenty of silly male characters, its all played out for laughs, not at the expense of the gender as a whole. 'Like A Boss', this generic, basic, low-brow comedy, manages to find a balance that 'Ghostbusters' 2016 failed to do.

I place so much emphasis on this, because it is an ever-increasing trend at the moment of women making films with female main characters (great!) with poorly written scripts (bad!) that try to make the women seem better by forcing the men into derogatory roles (bad!), and then blame men for not flocking to the cinema to see it (understandable!). Personally, that type of aggression towards any gender affects how I view a film, and it is one side of the coin (the other being Mary Sue characters) as to why many of these films are not doing so well at the box office. [For those not in the know, a "Mary Sue" character is basically a perfect character who can kick ass at anything and has no flaws. No character flaws mean no character development, and no investment in the story].

Anyway, I digress, 'Like A Boss' has managed to be a film that clearly targets women, but is still enjoyable for men. You can expect jokes around women's hygiene and inserting objects into orifices, but it is balanced enough with low-brow and physical humour to get laughs from the whole audience. This is where the characters really excel. Tiffany Haddish and Rose Byrne play two friends, and (in the well-used sitcom formula way) they riff on each other due to the great contrasts in their character. It allows for multiple styles of comedy to be used, with various personality types to empathise with, and it forms conflict organically, which would ordinarily keep the audience completely hooked.

Unfortunately, the writing of the script is quite weak. The film overexaggerates the vast majority of the character's personalities to the point of being cartoonish caricatures, and it makes their behaviour incredibly predictable. There is also not a lot of the cinematic "show don't tell" to be seen here. This is as basic a film as you can get, as every single character spells out every detail, what is happening, why it happened, how they feel about it, what they are going to do about it. Every detail is spelt out, and it sucks away that natural enjoyment of understanding and empathising with characters because everything is just told to us.

While I certainly did get a few laughs out of this film, the script also struggles with diminishing returns. Without strong character development, 'Like A Boss' relies heavily on low-brow toilet humour and physical slapstick. Burning poop and dogs having sex may elicit laughs originally, but these things have no bearing on the story, and after a while, the audience can tell that it is simply filler.

And yet the film still had more positives than negatives for me. I simply loved that there were female characters that I liked, and humour that actually made me laugh, despite the fact that I know this way not targeting me at all. As a straight, male in his 30s, it's great to know I can watch this film with the girlfriend and not be constantly rolling my eyes. We can actually enjoy it together. So why not. check it out for a fun time.

Score: 6.5
Product reviews for listing 4204: House at the End of the Street -  Directed by Mark Tonderai

A mother and daughter move to a new town and find themselves living next door to a house where a young girl murdered her parents. When the daughter befriends the surviving son, she learns the story is far from over.