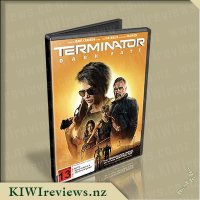 Disclosure StatementFULL DISCLOSURE: A number of units of this product have, at some time, been supplied to KIWIreviews by the company for the purposes of unbiased, independent reviews. No fee was accepted by KIWIreviews or the reviewers themselves - these are genuine, unpaid consumer reviews.
Available:
in stores February 2020

In Mexico City, a newly modified liquid Terminator -- the Rev-9 model -- arrives from the future to kill a young factory worker named Dani Ramos. Also sent back in time is Grace, a hybrid cyborg human who must protect Ramos from the seemingly indestructible robotic assassin. But the two women soon find some much-needed help from a pair of unexpected allies -- seasoned warrior Sarah Connor and the T-800 Terminator. 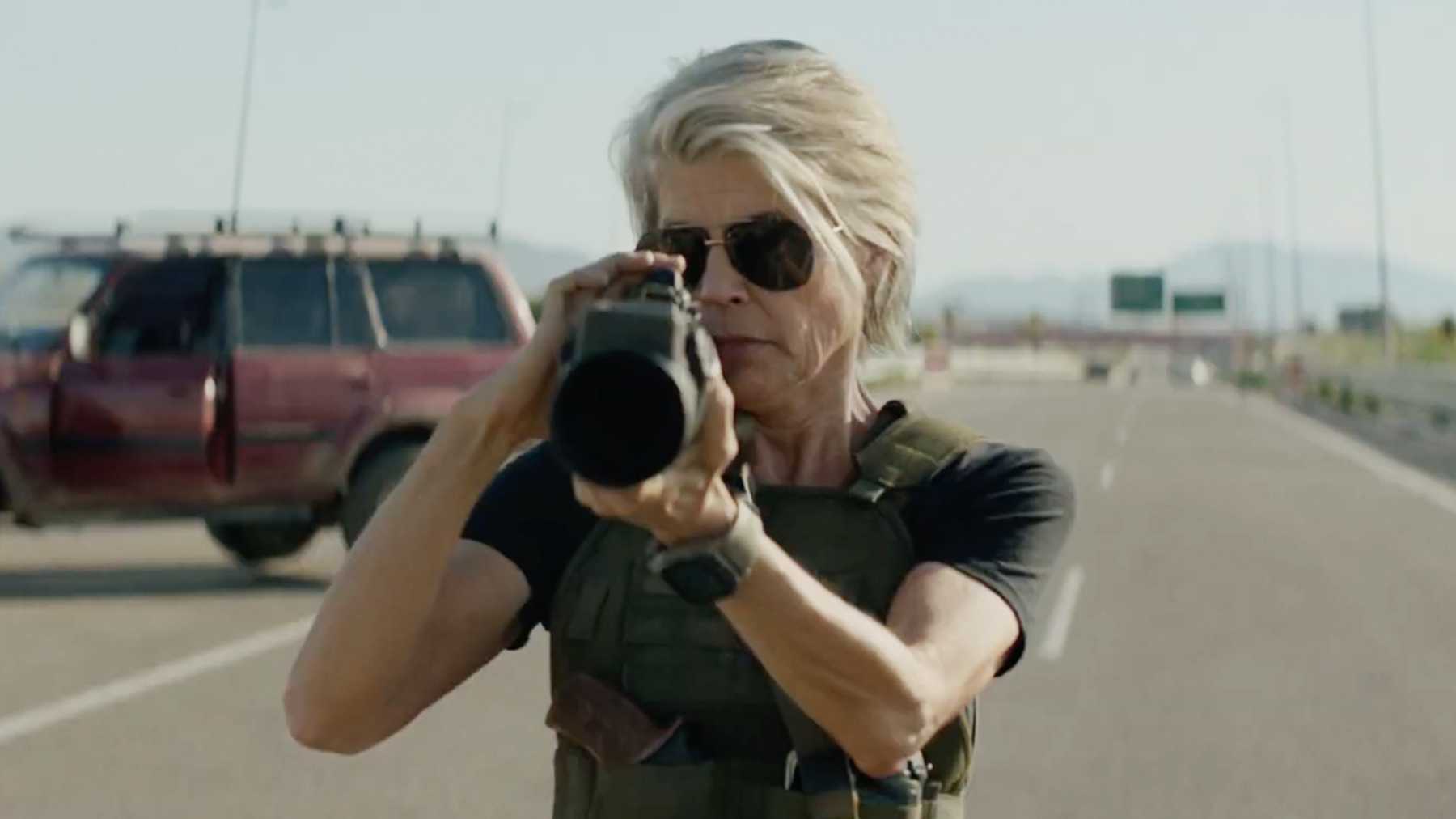 Dark Fate is the sixth film in the Terminator franchise, which seems rather excessive when you realise that it's been steadily going downhill since the first two films. Judgement Day has always been one of the classic examples of a sequel done right (alongside Aliens) and all subsequent films featuring our lovable Terminator overlords have failed to live up to that precedent.

Each successive film tries to evolve the machines further, and as Hollywood tends to do, each sequel starts ramping up the action further and further, reducing the story element, bringing the focus to the fast-paced action sequences. Combine this with constant alterations to the chronology, we end up with a franchise with a timeline that is almost as convoluted as the twelve-film X-Men franchise.

So, how does Dark Fate fare? Well, if I oversimplify my review, I could say the production values are high, and it is an entertaining film. I almost want to leave it at that, because there is so much that I can't talk about unless I want to go into spoilers. If you basically want to switch your brain off and enjoy some good action set-pieces with some pretty solid acting and nostalgia thrown in, then this will be the movie for you. If, however, you are wanting a film that rivals Judgement Day, or just want a storyline that makes sense, you're going to have a bad time.

The opening scene of the film could very well have been a stroke of genius. The decision that the writers made for that first proper scene is one of the most controversial choices made in any of the Terminator films to date. It was in a sense a brilliant idea as it opened the rest of the film to take an entirely different direction, and if Dark Fate had actually done that, then it would have been all the more understandable and enjoyable.

Instead, we end up in a situation that has rendered everything released after Judgement Day as non-canon, absolutely destroying the foundation of the franchise, but then for reasons unknown, decided to immediately rebuild the foundation using the same formula. Borrowing scenes, dialogue, and set-pieces from the other films in the franchise, attempting to cash in on the nostalgia factor while destroying the fundamentals elements that those diehard fans love.

It is this constant borrowing that leaves the viewer feeling less than excited. We are watching something old...with a twist. The more you analyse it, the more Dark Fate comes across as Judgement Day with different visuals. Change the location names, ethnicities and genders, and you have the same film, but with less convincing special effects.

There are some good aspects, though. Linda Hamilton returns as Sarah Connor, and is pretty kickass for her age, even though her role is rather minimal. Arnold Schwarzenegger also makes a return (in a manner that again goes against the precedents that have been set prior) in a minimal role as well. This makes room for a new pair of protagonists in the form of Grace and Dani (portrayed by Mackenzie Davis and Natalia Reyes). Davis' and Reyes' performances are very competent, but their characters lack any strong sense of development. Davis, in particular, is great to watch and has some exciting action scenes, but some of her most intriguing elements are not delved into deep enough. The backstory of Grace would have made a great psychological drama.

Our antagonist is played by Gabriel Luna, and he does a satisfactory job. As would be expected, his Terminator chassis has some extra moves that make you realise how much better Rise of the Machines could have been, but his capacity for damage is rather inconsistent, conforming to whatever the plot conveniently needs to happen, and his new ability was given away in the trailers.

Consistency is the biggest issue in this film. Dark Fate is stuck in limbo, where it wants to carve itself a new direction, but still wants to make frequent callbacks to the earlier movies in the franchise. If you can switch off the critical part of your brain, appreciate the well-shot action scenes, and enjoy some reasonable comedic moments, then there is definitely something worth watching here.

For 60 years a mysterious monk with no name has zigzagged the globe to protect an ancient scroll - a scroll that holds the key to unlimited power. Now the Monk must look for a new scrollkeeper. Kar is an unlikely candidate, a streetwise young man whose only interest is himself. But when he inadvertently saves the Bulletproof Monk from capture, the two become partners in a scheme to save the world from the scrolls most avid ... more...