Home > Categories > Books > Thriller > Ghosts of the Past review

ProdID: 8430 - Ghosts of the Past
Written by Tony Park 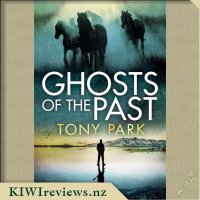 Ghosts of the Past product reviews

Intrigued and looking for distraction, Nick discovers a long-lost manuscript which tells how Blake stayed in South Africa after serving in the Anglo-Boer War and joined the Nama people in their rebellion against the Germans in South West Africa, modern-day Namibia.

In Munich, historian Anja Berghoff, researching the origin of the wild 'ghost' horses of Namibia, stumbles across intriguing letters from Irish-German spy Claire Martin, with whom Blake had an affair.

As Nick and Anja's paths cross, they find themselves racing through southern Africa, and through time, on the trail of a legend.

But they're not alone. Someone else is chasing these ghosts of the past, looking for clues for a hidden treasure worth killing for.

I had previously read Safari and Silent Predator by Tony Park and was impressed by his descriptive writing style and action-packed plots. The novels were both set in Africa and were both interesting and thought-provoking reads.

Ghosts of the Past is another entertaining read that changes tack from his previous novels. Although set in Africa, it plays out in two time periods; the early twentieth century, where we track Cyril Blake and feisty Claire Martin on their quest for justice and gold, and the present day, where we find Blake's great-great-nephew, Nick Eatwell, heading to Africa to solve a mystery. Based on real events in Namibia during the 1904 - 1906 Boer War, there is plenty of action, both in the historical tale and the current day narrative.

Whilst based on a true story, there are some fictitious elements which do not detract from this fast-paced story. I thought it was an interesting and insightful read and I found myself learning about a war I previously knew nothing about. I enjoyed learning more about Namibian and South African history and the novel gives you a detailed description of the war, the soldiers and one of the first concentration camps.

Ultimately, Ghosts of the Past is a story of love and war, of buried treasure, shattered illusions, and a quest for justice. Park once again delivers an action-packed story that had me up until the early hours of the morning wanting more. It had my attention from start to finish which is unusual as I'm not a huge fan of war-related novels. Definitely one for your bookshelf!

Heidi invented him in an emergency, to keep up with her friends' sudden and all-consuming love lives. Everyone's fallen for it - and for him. They are all messaging him with their deepest secrets... Heidi's mad online life is about to collide with her real one in a laugh out-loud teen novel.