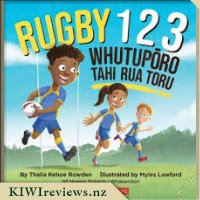 It's GAME ON! Join the rugby ruckus, boots and all, and have fun with Rugby 1-2-3 in English and Maori! Preschoolers (and even some five- and six-year-olds) will love counting from one to ten in both languages.

The Maori translation is by Ngaere Roberts, and the hilarious illustrations are by Myles Lawford. 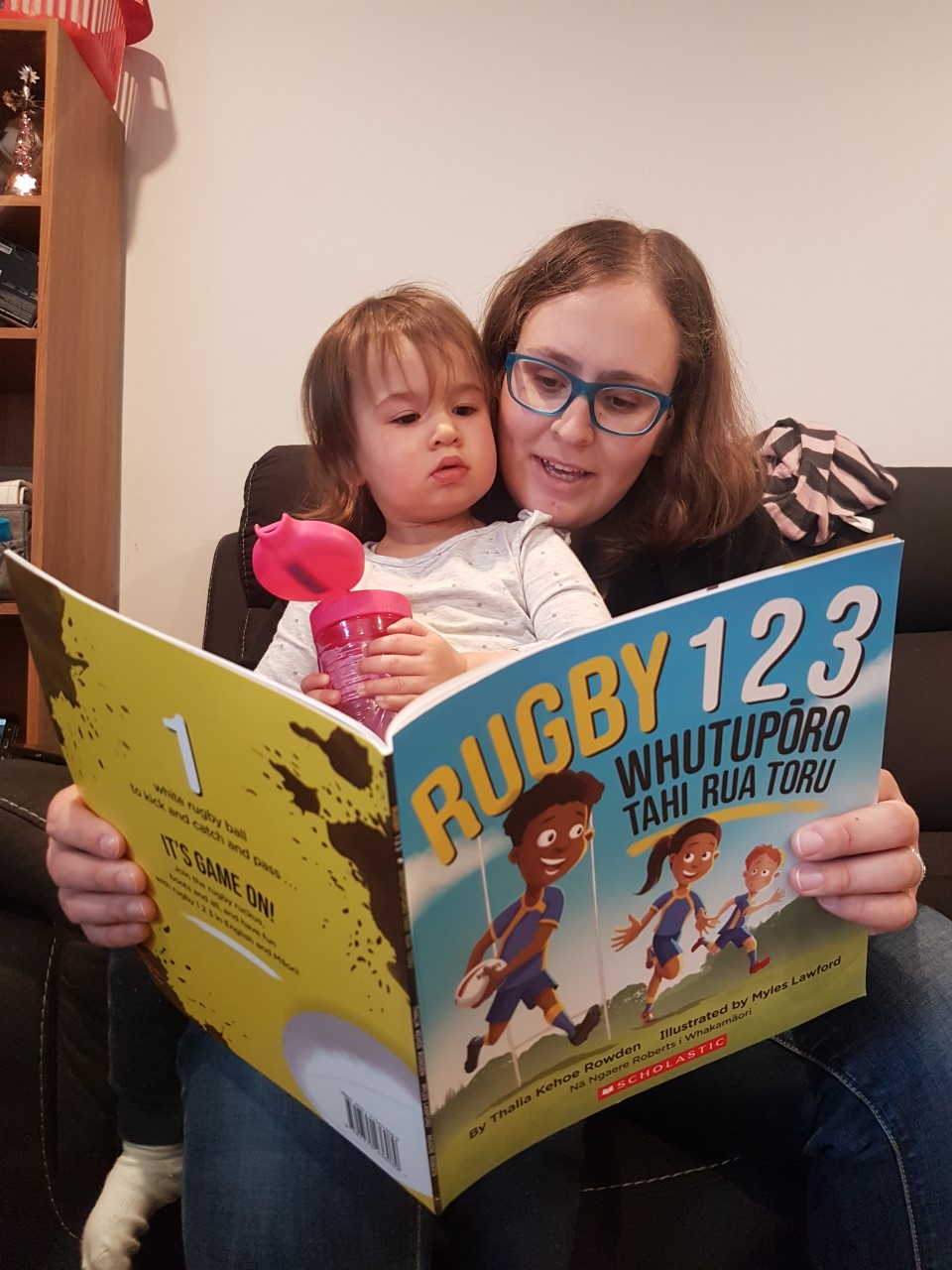 Miss Two is learning to count, always a fun time for little ones as they chant their numbers aloud with the help of the older person who is joining in with them. Having a book that is written in both English and Te Reo is even better because she is able to practise counting in both languages. It was really useful to have both versions on the same page as it reinforced the meanings of the words without any need for translation - and this, of course, is the best way to increase vocabulary. There was the option to say just the numbers, or to read the verses as well.

Miss Two's father enjoys his rugby, so he was in his element reading to her and sneaking in some of the lingo in the process. It is every rugby father's ambition to share his passion for the game with his children, so this story gave him the kick start he needed. He was able to read to her in both languages, although it was a pity that the Maori version did not rhyme because that too is a learning aid. However, the translation was reasonably faithful to the original (English) version so I guess you can't have it both ways.

The reaction from Miss Two's mother was just as positive. She was delighted to see girls in the team, having been given several kids' books for Miss Two's baby brother which are colourful and fun but tend to feature only boys. Seeing girls included in Rugby 123 was a huge bonus for her. After all, girls can do everything that boys can, and this book proves it. The reality is that girls do play alongside the boys, especially when they are young, and both sexes appear to enjoy the game equally.

Apart from the learning aspect (counting) and gender balance, I also like the diversity among the officials - three very different body shapes and sizes help to reflect better the range of adults involved in children's sports. And the onlookers - the grandparents, the cousins and the reserves - all play their part in demonstrating this diversity. It is aimed at all kids, whatever their size or race or relationship to the players, so that they can feel part of the camaraderie of a team and to encourage them to play hard.

The last picture in the book shows two of the players, totally exhausted after their efforts on the field, tucked up safely in bed. There is something most reassuring about this image; despite all the action and energy on the field, there is a time and place for all kids to unwind and just relax.

Volcanoes are erupting all over the world.

Strange golden lava is devastating everything in its path. Which evil forces are behind this catastrophe? And where have they been digging up ancient secrets? John and Philippa Gaunt must use their djin powers to find out - or the whole planet will be destroyed...

The seventh, final djinncredible adventure for the Children of the Lamp.