ProdID: 8416 - Ride Like A Girl
Directed by Rachel Griffiths 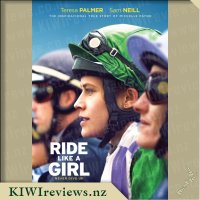 Disclosure StatementFULL DISCLOSURE: A number of units of this product have, at some time, been supplied to KIWIreviews by the company for the purposes of unbiased, independent reviews. No fee was accepted by KIWIreviews or the reviewers themselves - these are genuine, unpaid consumer reviews.
Available:
in cinemas 24th October 2019

Biopic on Michelle Payne, the first female jockey to win the Melbourne Cup. Stars Teresa Palmer and Sam Neill. This is the feature directorial debut from actress Rachel Griffiths. 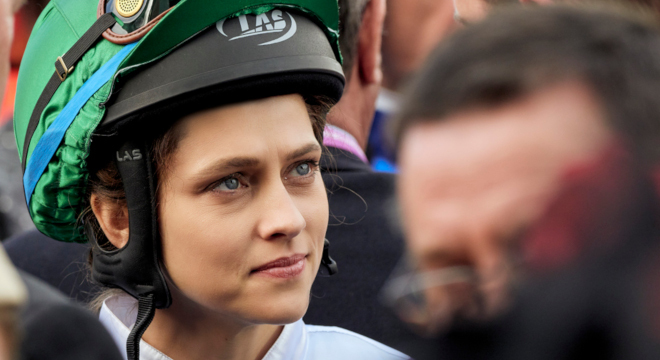 Ride Like A Girl has a lot to overcome. The horse racing industry has been under a lot of pressure from animal activists in recent years, especially with Darren Weir (one of Michelle Payne's trainers) being banned from horse racing for four years after electric shock devices were found on his property. Of course, none of this was publicly known before the film was made, so what do you do then? Hope that the line "No horses were harmed in the making of this film" which is displayed prominently before the first scene plays, is accurate.

Despite these controversies--and the fact that I have no interest in any forms of sport or horse racing--I walked away from this film with a smile on my face. It's even more of a challenge to engage the audience when the outcome of the movie is already known (and widely advertised), and yet there I am, gripping the armrests as the final race plays out.

Ride Like A Girl is the ultimate underdog film. We have our main protagonist who is the youngest of 10 siblings, who after a couple of tragedies stops receiving support from her father, and then has to try and break into the male-dominated sport of horse racing on her own. It's a situation that originally could polarise the audience but eventually has everyone on the same side. It initially polarizes, as you have to question one's motivations when you have a famous family where 8 out of 10 children become jockeys. The thought of excessive parental control (and even the concept of grooming) come into play and make you question whether you support this young woman and her goal of riding in the Melbourne Cup; specifically, whether it is truly her goal at all or something that was simply indoctrinated by her father at a young age.

As the film progresses it becomes apparent that no matter where the goal came from, she is dedicated to it, no matter the cost to herself, and that is when the audience starts getting on board. The film executes this well, by introducing the blatant sexism that goes on in the racing industry, labelling nearly every male in the film as an antagonist. Again, this builds up a great underdog character.

The cast was well chosen. The main protagonists we come across are Michelle Payne (Teresa Palmer), Paddy Payne (Sam Neill) and Stevie Payne (who plays himself). Stevie is actually one of the most endearing elements of the film. Born with Downs Syndrome, it's great not only did the film not ignore his role in Michelle's success but managed to get him on board to play himself. His ability to make jokes at everyone's expense (including himself) but also ask the serious questions, really grounds the film. There is a certain scene when Stevie and Michelle return to Paddy's house that is incredibly striking; a moment that could have reframed the entire debate.

From a visual perspective, they use a very warm colour palette, which brings that warm comfort in the rural scenes and contrasts with the vivid, oversaturated greens and colours at the racing track. The racing set pieces are, for the most part, well-executed. There are some areas that have some choppy edits that make events difficult to follow but does convey the chaotic nature of the race very well.

Ride Like A Girl does seem to follow the usually expected tropes of an underdog sports film, granted it is steeped with much more tragedy. Controversies aside, what the film does convey really well, is the love and deep connection that many riders have with their horses. It provides a greater appreciation for the amount of work that goes into training beforehand, and the strict rules during the races.

Teresa Palmer and Sam Neill have great performances, but Stevie steals the show in every single scene. He has organic chemistry with everyone he interacts with (whether it be human or horse) and his glee is compelling. Ride Like A Girl works hard to bring the audience on board, and by the end of the film, you may very well have tears in your eyes as you watch this woman overcoming the odds, again and again.

During the early days of World War II, with the fall of France imminent, Britain faces its darkest hour as the threat of invasion looms. As the seemingly unstoppable Nazi forces advance, and with the Allied army cornered on the beaches of Dunkirk, the fate of Western Europe hangs on the leadership of the newly-appointed British Prime Minister Winston Churchill (Academy Award nominee Gary Oldman). While maneuvering his political rivals, he must ... more...