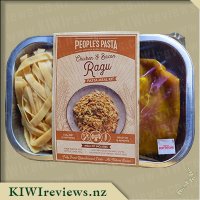 Disclosure StatementFULL DISCLOSURE: A number of units of this product have, at some time, been supplied to KIWIreviews by the company for the purposes of unbiased, independent reviews. No fee was accepted by KIWIreviews or the reviewers themselves - these are genuine, unpaid consumer reviews.
Available:
see website for stockist details

These real meals are ideal for households who love great food, care about what's in their food, but need a fast solution a few nights a week.

Simply heat sauce in fry pan, cook fresh pasta in a big pot of boiling water for three minutes, drain and toss into sauce, adding a big knob of butter to bring it all together. Serve with plenty of herbs and parmesan. Mamma Mia! These will please the children and adults alike. 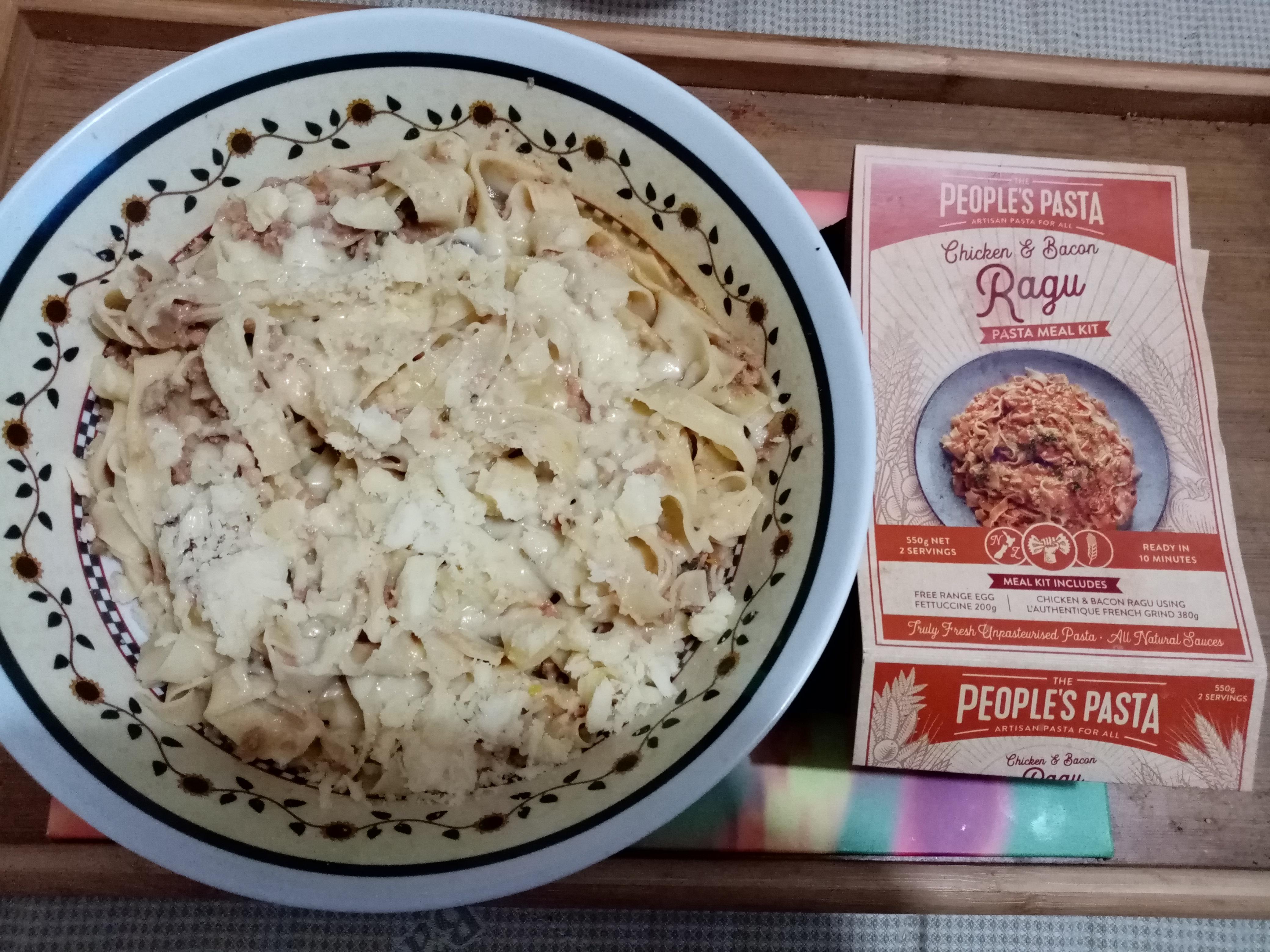 When I saw that this product is ragu with fettucine, I knew I was in for something authentically Italian because I have not heard the word ragu used in a New Zealand context before. It conjures up images of home-made Italian meat sauces used in dishes like spaghetti bolognaise, ideal for cold winter evenings when you don't have to go out anywhere. And the packet stated that the contents would serve two - perfect! We had some leftover salad which would go nicely with it.

Cooking was really quick and easy, and because the ingredients were pre-measured, there would be no waste. We were planning to leave on a trip in two days' time so did not want to leave perishables in the fridge. I followed the instructions to the letter: they could not have been more straightforward. I liked the idea of adding a little of the pasta cooking water to the sauce. That is something I have not done before, but it did make sense. The instructions suggested adding Parmigiano and freshly chopped herbs at the end, but I did not have any Parmesan so I used grated smoked cheese instead. As for the herbs, it was raining heavily so I decided to use the salad as a side dish in its place rather than venture into the garden.

We were pleased to find that the result was just as good as the home-made version (which, of course, takes much longer to prepare and often results in miscalculations as to quantities). The ragu was creamy and very tasty with just the right amount of seasoning, while the fresh pasta was at the optimum degree of firmness. The quantity was adequate for two - and we were quite hungry, so that was a bonus. Sometimes a packet will advertise the product as being enough for two people, but when you serve it you find there is barely enough for one. With the small salad, we found it was plenty to satisfy us both.

I like the idea of the product being so portable. I am often away from home for a couple of nights at a time, and having a real meat product that will travel with me in a chilly bin and not spoil, and then offer a proper meal rather than junk food at the end of the journey, is so useful. With a couple of suitable containers, this dish could even be prepared in a microwave if there were no other cooking facilities available. While this might not be ideal, it would be a better alternative to the junk food takeaway trail.

I wonder if the manufacturers might consider including a little packet of Parmesan cheese in the pack. That would be useful for times when people are travelling and don't have an alternative with them. It would be an extra touch which I for one would appreciate, and would make an already attractive product perfect.

We all love a good toasted sandwich. But sometimes we can't be bothered making them. Now Watties has solved that problem with their new range of pre-prepared Toasties.

These are a true heat and eat snack. Simply take one out of the freezer, drop it in the toaster and you're away laughing. Toasties come in a range of flavours including Baked Beans; Ham, Cheese & Onion; Cheese & Onion; Corn & Cheese; and Cheese Lovers.