« There's A Hedgehog In My Pants! review

ProdID: 8248 - The Curse of the Weeping Woman
Directed by Michael Chaves 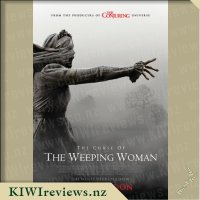 Disclosure StatementFULL DISCLOSURE: A number of units of this product have, at some time, been supplied to KIWIreviews by the company for the purposes of unbiased, independent reviews. No fee was accepted by KIWIreviews or the reviewers themselves - these are genuine, unpaid consumer reviews.
Available:
in cinemas 18th April 2019

The Curse of the Weeping Woman product reviews

In 1970s Los Angeles, La Llorona is stalking the night - and the children. Ignoring the eerie warning of a troubled mother suspected of child endangerment, a social worker and her own small kids are soon drawn into a frightening supernatural realm.

Their only hope to survive La Llorona's deadly wrath may be a disillusioned priest and the mysticism he practices to keep evil at bay, on the fringes where fear and faith collide. 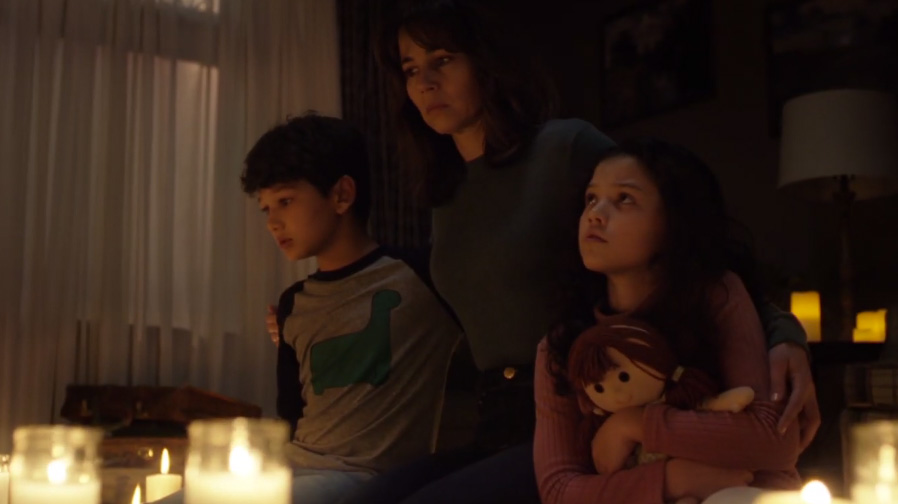 The Curse of the Weeping Woman, or The Curse of La Llorona as it's called in the overseas markets, is based on Mexican folklore; yet there aren't many Latin American actors (at least not in lead roles). If anything that would have added some authenticity to the film.

The Curse of the Weeping Woman is a very straightforward horror flick that has a very simple plot. There are no deep meanings, no real themes, and no important lessons to be learnt from it. It sets up the premise of *thing exists* quite well, and does put some effort into explaining the lore of the legend to the audience, but as the film progresses, the plot peters out as the jumpscares build in frequency.

That is the backbone of the film; jumpscares. But they take it to the extreme. Every single scene is a chain of potential jumpscare points, and you watch as the character - slowly, in dead silence, alone, unarmed, and generally in the dark - wanders straight into these danger spots. You sit there heart racing, gripping your seat, waiting to see which point will have the jumpscare, seething through the several misdirections until the scare finally happens, and it resets and starts again with no time for rest. As a result, every scene takes forever to go through and does little to build on the plot.

The length of these jumpscare scenes will either be a selling point or a breaking point. For the group of people in the theatre with me, The Curse of the Weeping Woman almost became a screening of The Room (which was released 16 years ago and still has regular screenings) because some of the characters choices are just so laughable. Once one member of the audience cries out in frustration the whole audience starts to join in; yelling when doors and windows are left unlocked, children are left unattended, or people walk into a dark room to investigate a sound. Like a strange bonding experience, the horror takes on entertainment value for those that are just looking to have fun. If you are an avid horror fan, however, you will glean nothing from this film. It has all of the horror cliches, some well done, some creative, but most come off bland, at it does nothing to add to the genre.

The casting did work quite well. Having a Caucasian in the lead role was a bit annoying as you have to waste time with more jumpscares trying to get through the "doubt" stage in the second act, but overall, the set-up of the characters did a good job at creating characters that you cared about. While there was no real stand-out performance from the child actors, they were good in that they weren't overly annoying as many kids in horror films tend to be. There were certainly some questionable decisions on their part, but in general, they were satisfactory. Patricia Velásquez and Raymond Cruz were the best performances from the side of the adults with Velásquez providing a very emotional display, and Cruz adding in some nice dry humour.

his film is a part of The Conjuring universe, but apart from a couple of scenes with a character from the first Annabelle film, The Curse of the Weeping Woman is its own standalone film.

It's well-shot with some nice cinematography and an easy-to-follow story that manages to keep you engaged right the way through, but it does not add anything new to the genre and is far too reliant on jumpscares. Nothing worth critiquing, but The Curse of the Weeping Woman is great if you want to laugh at some scares with a bunch of mates.

Inspired by the 2010 documentary, Men who Swim, this movie tells the story of Eric (Rob Brydon), an accountant in the throes of a mid-life crisis, who eventually finds new meaning to his life as part of an all-male, middle-aged amateur synchronised swimming team.

The members of the ramshackle squad slowly learn to reveal their inner lives as well as their paunches, and together they make a bid to compete at the Unofficial Male ... more...