Disclosure StatementFULL DISCLOSURE: A number of units of this product have, at some time, been supplied to KIWIreviews by the company for the purposes of unbiased, independent reviews. No fee was accepted by KIWIreviews or the reviewers themselves - these are genuine, unpaid consumer reviews.
Available:
in cinemas 23rd May 2019

Cousins Vincent and Anton are players in the high-stakes game of high-frequency trading, where winning is measured in milliseconds. Their dream is to build a straight fiber-optic cable line between Kansas and New Jersey, making them millions, but nothing is straightforward for this flawed pair.

Anton is the brains, Vincent is the hustler, and together they push each other and everyone around them to the breaking point with their daring adventure. 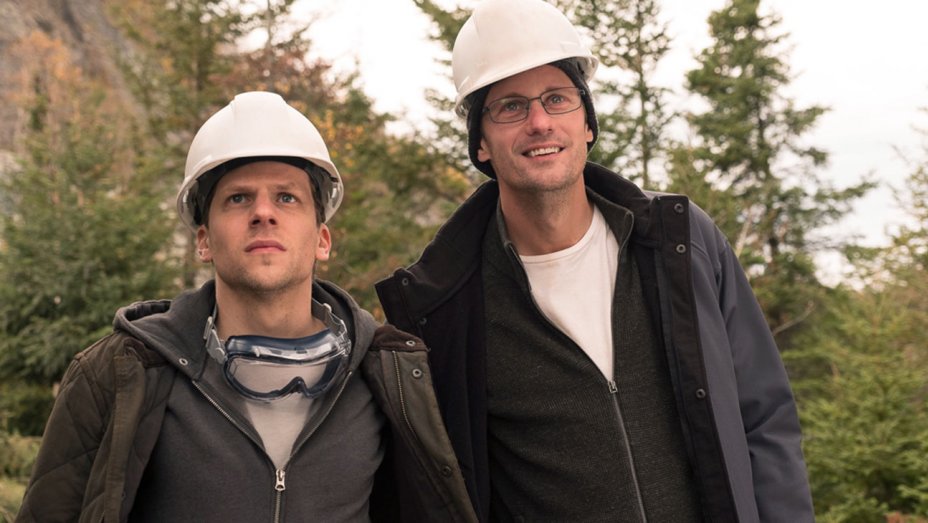 Sometimes I can't help but think that actors these days don't have to act anymore; as if they are incapable of pulling off other personalities. Every Johnny Depp character is over-the-top and maniacally delusional and can't help but gesture wildly. Michael Cera seems to only be able to play an introverted, shy kid. And here we have Jesse Eisenberg who seems to have gotten himself stuck in Lex Luthor mode from the critically panned Batman v Superman: Dawn of Justice. Seemingly skittish and slightly unstable, Eisenberg puts on another awkward and floundering performance for The Hummingbird Project.

This tech-based premise also runs along a similar vein as The Social Network; another Eisenberg film where his character also attempts to use another person's idea to screw them over, for his own financial gain. The main appeal of the premise lies in the ability to make a lot of money in a small amount of time with minimal work (after the initial set-up). Unfortunately, the reality of the technical side of things is far less appealing, and this thriller ends up with no pace to it.

Like watching the worlds slowest race, that coincidentally happens to be the most expensive race too, The Hummingbird Project is like watching an episode of Hanna-Barbera's cartoon series, Wacky Races. None of the main characters are all that likeable, and their conflicts become so frequent that the film becomes almost formulaic in its structure. I really liked how the film did go into detail about the planning and logistics of the project, following it through step-by-step, and yet the film still struggled to portray the true cost of things. Despite calling out quotes in the hundreds of thousands for every step, when you don't know the budget to start with, one cannot really gauge whether a price is expensive or not. The sense of scale is something that isn't properly portrayed.

As far as the casting choices went, I've already voiced by disinterest in anything with Jesse Eisenberg. I think this is the straw that broke the camels back, and I will be hesitant with any of his future work. Salma Hayek plays the role of Eisenberg's opposing force, and it really didn't fit her. Admittedly, the accent and the greyish highlights in the hair had her looking as gorgeous as ever, but as far as her character went, she lacked the vicious streak that the role required, and came off more like a villain from a kids movie, than a well-rounded character with a differing perspective.

The standout performances came from Alexander Skarsgård and Michael Mando. Skarsgård is near unrecognisable with a bald cap, glasses, and unflattering clothing. Combined with the eccentricities that were woven into his character, he is one of the more developed characters. That being said, his motivations were weak, and his lack of interaction with certain characters makes him unlikeable.

Mando, on the other hand, has only a minor supporting role in the film but is the only friendly face we get in the entire 111-minute runtime. He has a surprising amount of charisma and an infectious smile that grabs your attention in every scene that he is present in.

The cinematography is less than inspired, and you can tell that the film doesn't have the largest budget (and least you hope it didn't, as you can literally see the fuzz of a bug landing on the camera lens in the opening scene of the film). But even the most captivating shots can't fix a poor script, which is what this really comes down to. Nobody really wants to watch two groups of unlikeable people try to outdo each other indirectly so that they can make more money from the stock market.

A classic drama about a young, orphaned country girl, Fanny Hill, falls into prostitution and works her way up the social ladder of bawdy 18th Century London.

Based on the classic novel by John Cleland, Andrew Davies, the award-winning script writer, (Pride and Prejudice, Dr Zhivago, Bridget Jones's Diary, Tipping The Velvet), brings his good humour and naughty wit to a plot which is a seductive rollercoaster of youthful ... more...