ProdID: 8156 - Ben Is Back
Directed by Peter Hedges 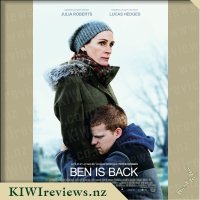 Disclosure StatementFULL DISCLOSURE: A number of units of this product have, at some time, been supplied to KIWIreviews by the company for the purposes of unbiased, independent reviews. No fee was accepted by KIWIreviews or the reviewers themselves - these are genuine, unpaid consumer reviews.
Available:
in cinemas 31st January 2019

Ben Is Back product reviews 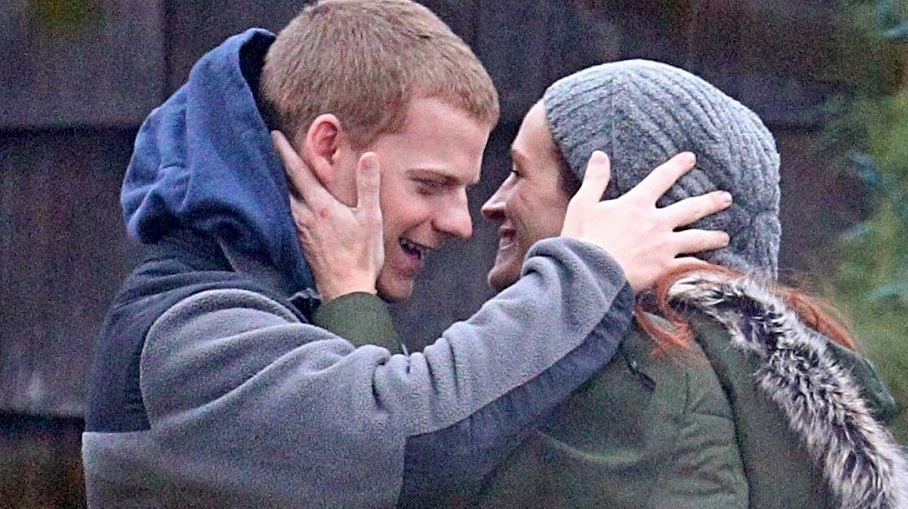 I'll be honest when I say that the after seeing the trailer, Ben Is Back didn't really hold much appeal to me. It looked like a rather by-the-books thriller. In reality, however, Ben Is Back is an incredibly powerful suspenseful drama, packed with emotion.

My hesitation could also have been put down to the presence of Julia Roberts in the lead role of Holly Burns. While Julia Roberts is an amazing actress, she is so well-known that it is hard to see her as anything other than Julia Roberts, and that makes it much more difficult to engage with a film. Lucas Hedges, on the other hand, is still early in his career, so it is much easier to see him as his character, Ben. In the end, the acting is so convincing and authentic, that I walked out of the theatre with the idea that Ben was legitimately the son of Julia Roberts. She has such genuine resolve and love towards Hedges' character that you can't help but feel invested.

The film is based around Ben, who suffers from opioid addiction and turns up to the family home on Christmas Eve when he was meant to still be in rehab. The remainder of the film looks at Ben, and how he is seen by family, friends, neighbours etc. depending on how his addiction has had a ripple effect on them.

The film doesn't get preachy about drugs being bad, which I appreciate. Instead, it simply shows that there is a problem and that even when people have the best intentions, temptations and their environment can easily draw them back in against their will. The character of Ben Burns is very well-developed, which is also rarely done in film. Usually, a drug addict is portrayed as just that. Here we are shown how his youngest siblings love him with ignorance, how his sister distrusts him, and his stepfather has been pushed to the point of near-contempt. Despite being clean for 77 days, Ben is forced to reenter that world and face and explain the consequences of his addictions head-on.

While there is certainly a tonal shift halfway through the movie, it still consistently maintains a high level of tension. Every piece of information revealed, adds to the list of questions that Ben's mother has for him. As a viewer, you end up with your eyes glued to the screen, as you watch Ben struggle to do what is right, and come to terms with what he has done in the past.

An incredibly hard-hitting drama. The realism is there. We aren't given the perfect family with the one black sheep. The family alone has so many different facets that it feels genuine. Each member of the family has their own personality that affects how they react to each situation. There is anger, compromise, fear, distrust, and a lot of f-bombs from Julia Roberts. It feels like a family that has persevered for a long time but have been pushed to the edge of what they can handle. All portrayed during events that occur over less than a day in the film. That's right, the film starts on Christmas Eve, and ends on Christmas Day. We see the effects of decades of opioid addiction throughout a community, all in a single day.

Ben Is Back does end abruptly, and while I would love for it to have continued for longer, to see what happens next, stopping as it does, leaves you with the weight of the emotional hit. Sitting in the theatre watching the credits, eventually realising you are still holding your breath, still clutching the armrests.

Her school coach, recognising Aicha's natural talent, suggests that she enlist in a local, elite level club - where the Iron ... more...