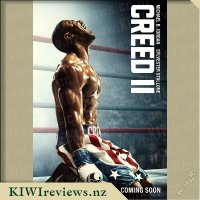 Disclosure StatementFULL DISCLOSURE: A number of units of this product have, at some time, been supplied to KIWIreviews by the company for the purposes of unbiased, independent reviews. No fee was accepted by KIWIreviews or the reviewers themselves - these are genuine, unpaid consumer reviews.
Available:
in cinemas 29th November 2018 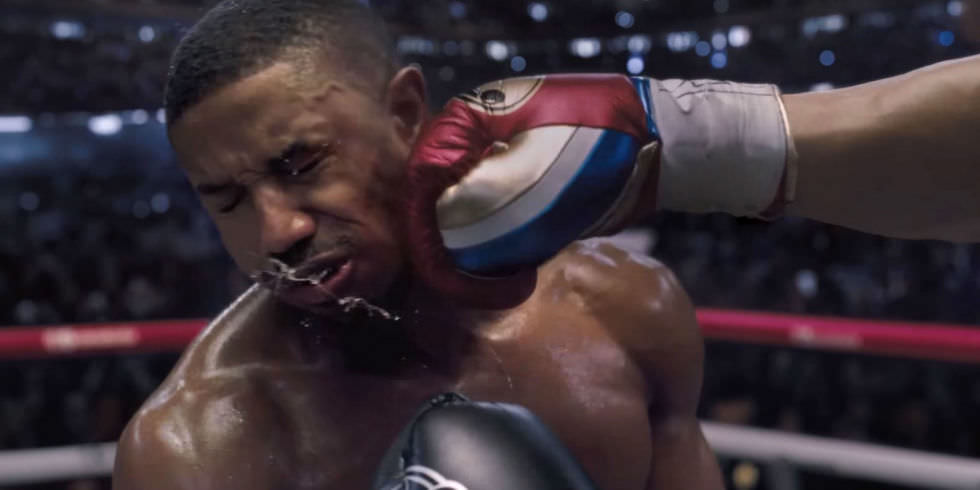 Simply put, I am not a huge fan of sports. There is many a thing that I would rather do than watch sports. So I know the film is great when I'm being drawn into it. When I start feeling emotionally invested in the characters.

In all honesty, the film does start off rather weakly. The initially heavyweight match is decidedly uninteresting, and as the first event of the film, nobody is really invested. The film uses a fair amount of narration to try and bridge the gap between the ending of the first Creed film and the beginning of this sequel, but that is a well-known characteristic of poor writing. Every character is thrust into the limelight, whether it being provided a world heavyweight title, or a recording contract, and it doesn't come off overly authentic. But as the film progresses, and we start spending more time "behind the scenes" the strings of emotional attachment begin to take hold.

The film (when you exclude the heavyweight title match in the opening scene) is well paced. There is a sense of urgency throughout, which is well-developed thanks to Russell Hornsby's character Buddy Marcelle, whose frequent appearances are a constant reminder of what the unseen public are demanding, and serve as a ticking clock.

Everybody loves an underdog story, and Creed II attempts to pull off two underdog stories in the one film, from both the antagonist and protagonist, taking a much more rounded approach to the characters. Instead of the usual "Russians are the bad guys" trope, which of course was the thing to do back in the days of Rocky IV, we get to revisit those characters and develop them further. We see the effects of the loss in Rocky IV on Ivan Drago, and his need to regain the love of his country and his wife, turned into an obsession that affected not only himself, but now included his own son. In the end, we start to feel sympathy for both sides.

All being a part of the Rocky Franchise, there is a good level of nostalgia and backstory, that is now fully inter-generational, providing another area that the audience can empathise with. Rocky movies have of course never been known for having fully fleshed out characters. A very simple boxing premise that has grown into a fleshed out alternative timeline.

While I love how the arc between Ivan and Viktor came to a close, I wish Ivan and Rocky were able to work on their own arc. The seeds of redemption have been sown and I would have loved to have seen it fully-formed, but it did fall just short in that regard. Rocky was really the only character who accomplished very little in this film; what development his character had, had no affect on the plot whatsoever.

There are many facets of the movie that I could talk about, but they would spoil the movie, and I don't want to do that. And I haven't even really talked about the action/fight side of it really. That alone tells you the emotional weight that the film carries. This isn't just an "I have to train harder to beat him" movie. The emotional aspect is as important, if not more so.

The fights themselves were very well choreographed, each hit feeling heavy and strong, with great camerawork, that showed the power of each opponent. Speed, power, and variety in strikes and styles kept everything interesting, and provided great insight into tactics behind the sport of boxing. It also placed a lot of emphasis of the dangers of boxing and the risk of death or permanent brain damage if the match is taken too far.

A well-rounded movie with plenty of action, and by the end of it, some well-rounded characters that you want to see win in one way or another. A long-term look at the consequences of one man's actions early in life effecting a broader circle of people many years down the line. An engaging movie that is well worth a watch.