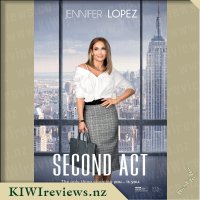 Struggling with frustrations from unfulfilled dreams, 40-year-old Maya gets a chance to prove to Madison Avenue that street smarts are as valuable as book smarts and that it's never too late for a second act. 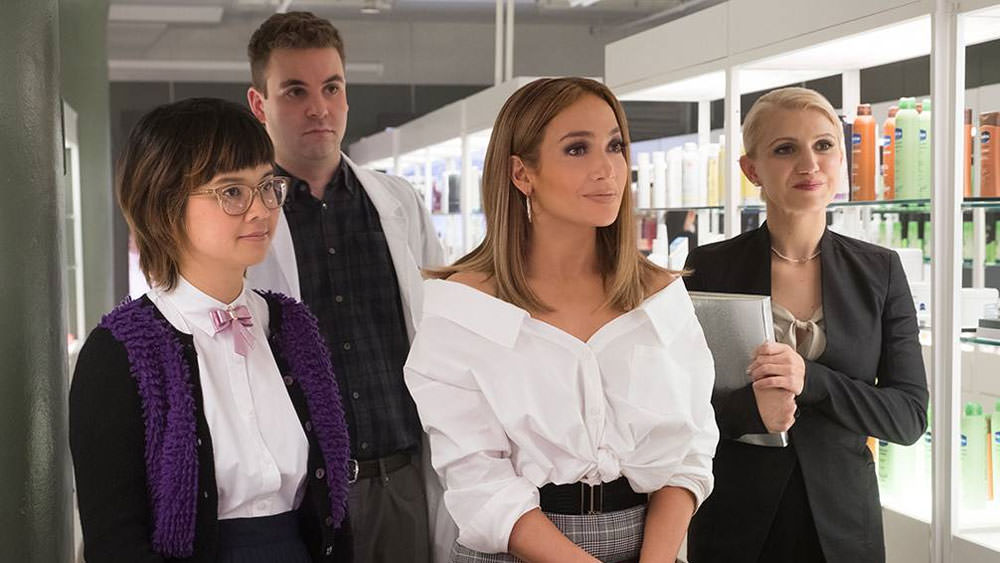 As a nearly 30-year-old male, I was unsure if there was anything about this film that I was going to enjoy. Watching the trailer, it looked like an over-the-top romantic comedy that would focus on slapstick and low-brow humour. But in reality the film was so much more than that. I came out of the theatre with a much greater appreciation of rom-coms.

Nobody doubts that Jennifer Lopez has a great pair of lungs on her, and has done well in the music industry. Where there is plenty of doubt, however, is in her acting ability. In that way, Lopez is actually perfectly cast as the out-of-place woman, trying something new in her 40's. It is quite funny that Lopez is portraying a woman that has just turned 40, when she herself is 49, but she does look great for her age. Lopez's acting has not really improved much over her filmography, but she certainly is getting better at showing a greater range of emotion in the face.

The well-done aspect of this film, is how well the rest of the cast are written around Lopez. While she is the star, Lopez is always sharing nearly every single scene with Vanessa Hudgens, Treat Williams, or Leah Remini, who constantly steal the spotlight, and take the pressure off of Lopez.

The film is quite cheesy and slapstick in its use of comedy, and there is certainly a fair amount of deus ex machina, which does lower the intelligence of the film, but the thing that I love the most, is how the real plot of the film wasn't ruined by the trailer. Sure what you see in the trailer happens, but it becomes a secondary plot. That is the beauty of the film. It makes you switch off the brain, when you see a by-the-numbers romantic comedy being advertised, and then it throws a curveball that will have you slapping yourself in the forehead.

The main plot is rather heavy handed. It is hinted at almost constantly, and while it has the viewer wondering "why is this even a necessary thing to include in the film?" it soon reveals the reason, and all of a sudden the tension is increased.

Tension is something that Second Act does surprisingly well. Right from the start, we have events unfolding that create a form of "timer". Every time a specific character reappears, you are reminded that behind the facade of the project timer, there is another timer ticking down in the background, imperative to the main plot. These multiple time constraints and double crosses create a surprisingly engaging film.

Apart from the hidden plot and the tension, the film is very much by-the-numbers. It ticks off all of the requirements, and has an ending pretty much on par with what I was expected. Granted, they did rush the climax somewhat, and left a few questions.

I did enjoy the film though, and that really surprised me. I was expecting to be rather bored, but it gave me something new. I could barely call this a romantic comedy, to be honest. Certainly an emotional film, but romance is not the primary theme that pushes the plot along. Neither is comedy it's defining characteristic. But alas I cannot say much more without giving away spoilers.The stand out cast came in the form of Treat Williams who portrayed the loving father figure, and Alan Aisenberg & Charlyne Yi who portrayed the lovable outcasts that kept the laughs coming from time to time.

A heart-warming film, that tugs at those strings, and tackles some pretty heavy moral and ethical questions. I'd recommend giving it a go.

It's 1999 and teenager (Tobey Maguire) is a dedicated fan of PLEASANTVILLE, an old TV show set in a utopian small town USA, circa 1957, where things are definitely simpler. A very different place to today with cable television, divorce and teen sex. Big fan David may be, but he didn't plan to actually be in PLEASANTVILLE!!

Incredibly, David and his sister Jennifer (Reese Witherspoon) are transported into a black and white ... more...