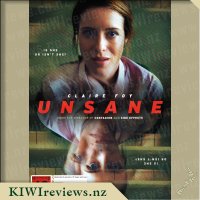 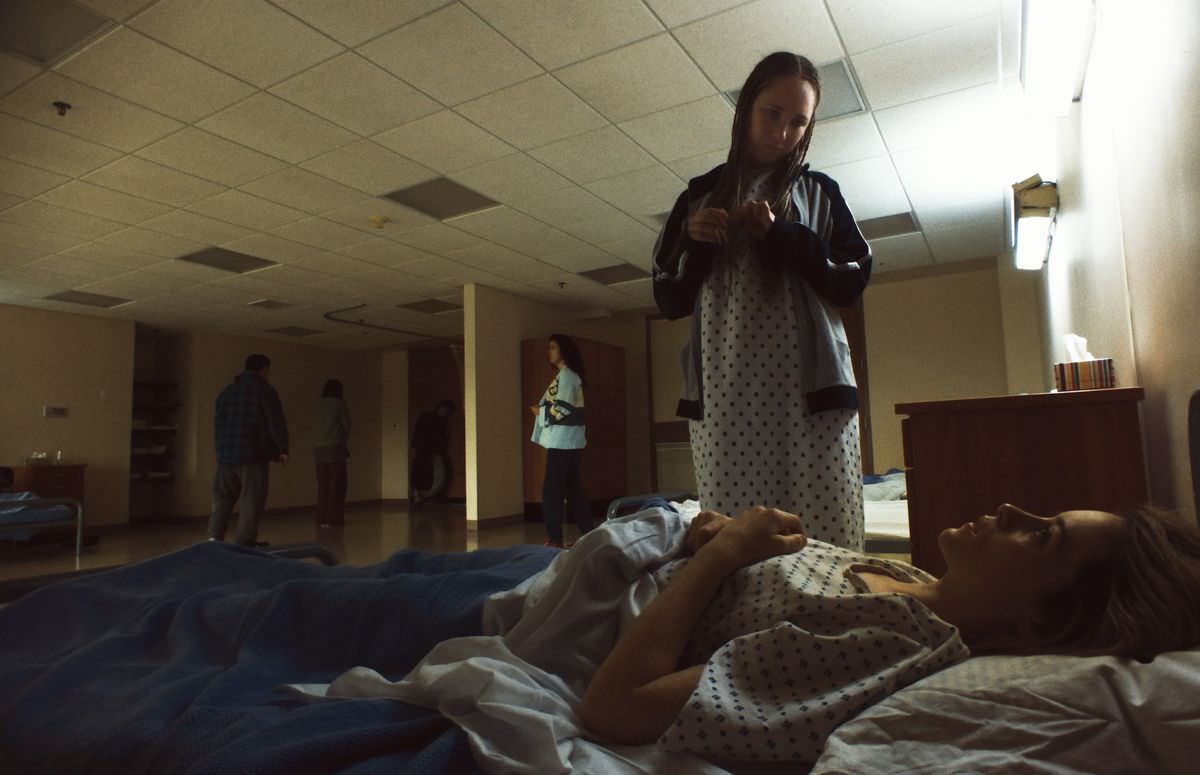 Let's start with the whole "unique" take that this film has. The entire thing was filmed with an iPhone 7+. Of course Steven Soderbergh still has all of his attachments and other camera accessories, so this isn't just someone running around with a mobile phone. The claim is that nobody will be able to tell it was filmed with a phone, and straight off the bat I can say that is not true. It is glaringly obvious that a phone camera was used. There is no depth to the camera shots, with everything coming off flat, and the lighting has much larger extremes, with light sources becoming glaringly bright throwing the rest of the scene into darkness.

But that isn't to say that it doesn't work. In a world of selfies, the new generations know all about the effect of lens distortions or the otherwise unflattering results of the front facing camera turning on too close to the face. Such views do give a more personal touch, and allow you to truly see things from their point of view. A phone can get angles that just wouldn't be easily feasible with a larger movie camera.

The film follows Sawyer Valentini (portrayed by Claire Foy) as she struggles with a situation where she feels like she is constantly monitored and stalked by someone from her past. Thanks to some misdirection, Sawyer is held against her will in a mental institute and is forced to deal with the unknown two-pronged threat of either a stalker or her own sanity. This splits the film into two halves, the first being the unknown period when either option is up in the air, and the latter half where the true threat is revealed and the film switches from psychological thriller to plain B-grade horror. Claire Foy does a brilliant job in the film, though her characters actions are questionable at times, which can lead to you disconnecting from the character at times.

When you have a movie that is based around the unknown status of ones own sanity, filming with the phone did help the aesthetic and vibe of the film, from an artistic sense. The flatness that obscures your depth perception, and the variable exposure between blinding light and murkiness that adds to that dream/nightmare/drug-trip feel. The intense presence of contrast and shadows add to the darkness of the film.

The film works best during the former half, as you as the viewer, are forced to try and determine whether or not Sawyer is sane or not. As things are slowly revealed it changes your opinions as actions change from justified to unjustified at the drop of a hat. It adds tension and keeps the viewer engaged in the film. The second half involves none of this. Once the answer is revealed, engagement switches off, until the epilogue. Nothing is required beyond watching to see what happens, and it is such a drastic change in tempo that the film loses a lot of impetus.

The writers would have been better off having the film continue to build without the answer to the question being so obviously provided. Leave it to the end. Heck, never reveal it. The lack of resolution would be a greater hook for many.

While the use of an iPhone to film is incredibly obvious, it certainly gave a different feel to the film, and makes you realise what is possible with less equipment. It serves as a reminder that anyone can make a film, and has personally piqued my own curiosity enough to make me consider making my own movie with a phone, to see if I can do it better.

Years after the collapse of civilization, the tyrannical Immortan Joe enslaves apocalypse survivors inside the desert fortress the Citadel. When the warrior Imperator Furiosa (Charlize Theron) leads the despot's five wives in a daring escape, she forges an alliance with Max Rockatansky (Tom Hardy), a loner and former captive. Fortified in the massive, armored truck the War Rig, they try to outrun the ruthless warlord and his henchmen in a deadly high-speed chase through the Wasteland.