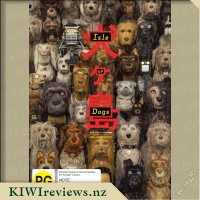 Visionary Wes Anderson's Isle of Dogs tells the story of Atari Kobayashi, 12-year-old ward to corrupt Mayor Kobayashi. When all the canine pets of Megasaki City are exiled to vast Trash Island, Atari sets off in search of his bodyguard dog, Spots. With the assistance of his newfound mongrel friends, he begins an epic journey that will decide the fate and future of the entire Prefecture.

I'd heard the hype for Isle of Dogs but the trailers never really grabbed me or the kids. I ended up winning a copy and was then begged to put it on, by my eldest who adores stop-motion films, so put it on we did. And I was very glad that I hadn't spent any money on purchasing a copy, and whilst we still have it in our collection (until the next cull) it hasn't been watched since (which is over a year ago now). The stop-motion itself was beautifully done and I always appreciate the sheer amount of work and hours that go into such animation, but that wasn't enough to save this film for me.

When it came to the voice actors, they all did their jobs as well as could be expected from any of them but it all fell so flat, there was no real feeling of emotion to it. There were a couple of moments which had me wonder how it managed to get a PG rating, the content just didn't sit quite right with me and I'm a pretty easy going parent. When it came to the actual plot, there wasn't any character that I cared about, I knew that things would work out and the day would be saved but I just didn't care, about any of it. We did watch the entire film, because it wasn't horrible enough to turn it off, but none of us were commenting on our favourite part/parts when it was done, like we usually do.

This film is one of those cases where I can easily say that I won't be watching this again, ever. 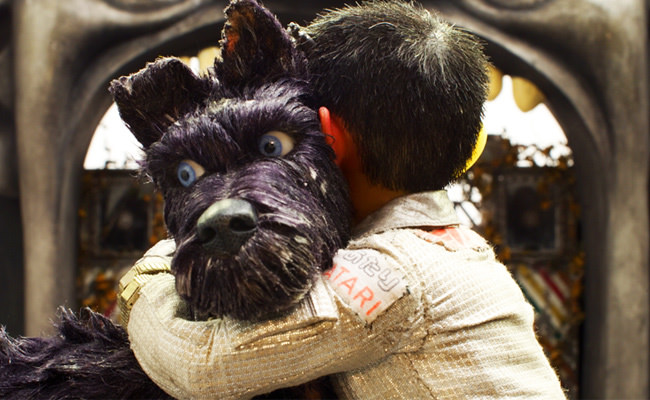 Isle of Dogs. Let's start with the title. It is descriptive of the story; all dogs exiled to a small island. An Isle of Dogs. But it is also a homophone (if a sentence can in fact be a homophone); "Isle of Dogs" spoken out loud, sounds very similar to "I love dogs", which is what this movie is largely about. A little boys love for his dog Spots.

The film is a stop-motion animated film by Wes Anderson. So a similar style to that of Fantastic Mr. Fox, but something that is more beautifully crafted. Whether technology has improved, or more effort and money was put into the animation team, the film is much more polished, with better details and smoother animation. The intricacy of the environments and the characters is amazingly built, and you soon forget that the film has been physically built piece by piece, not a computer generation. Visually, as is Wes Anderson's style, the scenes are symmetrically shot, which is appealing, but oftentimes unnecessary.

That is the crux of the Wes Anderson style. Sometimes it works, and sometimes it doesn't. The central symmetrical shots look nice, but never add to the story. The characters suffer from a case of stilted dialogue, where they sound like the actors have spoken their lines with no sense of context. There is no sense of emotion from any of the characters (apart from Chief and Atari, voiced by Bryan Cranston and Koyu Rankin respectively), so really the presence of an all-star cast including Scarlett Johansson, Bill Murray, Jeff GoldBlum, Edward Norton, Tilda Swinton, and Liev Schreiber is entirely wasted.

Apart from Atari and Chief, there is no character development from any other characters, and no other story arcs that go through to completion from any of the "minor" characters. Just a single, straight forward arc. The story in the film is basic, but has several layers of narration and unnecessary unfinished side quests and love interests to make the film feel fuller. There is no need for love interests in the film, the 12 year old boy Atari does not need an 18 year old American exchange student pining over him (weird and wrong in so many ways?!), and Spots, doesn't need his own arc, with a love interest either. Both could be scrubbed from the film, with no effect on the story.

One of the most noticeable elements of the film is it being based in a fictional Japanese city. This means all the humans speak Japanese. Yet all the dogs speak English, and they don't understand each other. With only certain parts translated by an onscreen human translator, and other parts paraphrased by a secondary dog character, much of the scripting is lost due to a lack of subtitles, or potentially biased paraphrased translations. Subtitles are simple enough to get used to, and having certain things translated by other characters leads to miscommunication, doubling up of some plot points, and missing other points completely. It is a mess.

The movie would almost work better without any dialogue at all, rather than having such extensive narration, storytelling, and translations throughout the story (and lets not get into the characters specifically telling you how they feel about every little aspect).

The story seems really poorly written. The characters (apart from Atari and Chief) are unrelatable and show no emotion at all in their voice acting. Visually, Isle of Dogs is stunning. But not enough attention was paid to creating a story worth telling.

Her school coach, recognising Aicha's natural talent, suggests that she enlist in a local, elite level club - where the Iron ... more...