ProdID: 7960 - The Shape of Water
Directed by Guillermo del Toro 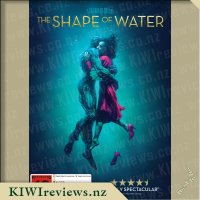 The Shape of Water product reviews

From master story teller, Guillermo del Toro, comes THE SHAPE OF WATER - an other-worldly fairy tale, set against the backdrop of Cold War era America circa 1962.

In the hidden high-security government laboratory where she works, lonely Elisa (Sally Hawkins) is trapped in a life of isolation. Elisa's life is changed forever when she and co-worker Zelda (Octavia Spencer) discover a secret classified experiment. 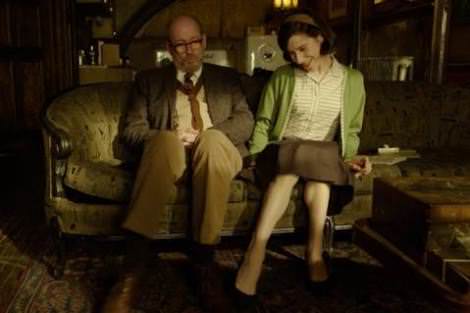 This was a movie that I've wanted to see since I saw the trailer, pretty much, if it's a Del Toro film I wanna see it, so I was delighted to get this on DVD.

I sat down to watch this with my mum, knowing to expect a love story and some Cold War tension with some fab acting and I wasn't dissapointed. We're introduced to the main characters and there is a great mix of characters here, they're all so different. We have a mute woman, a black woman, a closeted gay man, a man who rules by fear, a Russian and The Creature, such a big range. Beyond them, there isn't a huge cast and most are just there for a short time, meaning we are really concentrating on the six characters, especially The Creature and Elisa and their growing relationship.

The plot flows at a good pace, the race between the Russians and the Americans provides added tension without taking control, whilst the blooming love goes at a good pace and builds as we go along. Strickland is a terrifying character, you know there are people like him, have been and will be, and his descent along the way is well played. Zelda (Spencer) is wonderful and I love that whilst she is just a cleaner they haven't stereotyped her. Giles (Jenkins) was lovely as an older gentlemen who still hasn't found his feet in life and struggles with who he is outside of Elisa.

Our two main characters are mute, other than some chittering and such noises from The Creature the two of them never utter a word and this means we get so much in the way of facial expressions which tell their feelings so well. Added to this, it means Elisa uses sign language and through this we get Giles and Zelda acting as translator for her and I love the interactions between each friend, further upon that she's never treated as stupid because of her inability to speak. There are a few moments of nudity with Elisa (I guess we could say that about The Creature as well, since he never wears anything at all, though his anatomy is different to our own) and a moment with Strickland and his wife (which also provides more insight into how mentally unstable he is). A couple of moments had us cringing but they weren't done out of character.

The DVD comes with some special features, there are three theatrical trailers, one of which is the main and two which are red band trailers (if you don't know what that means, it means they're not suitable to watch with kids around). There are four small behind the scenes which range from the musical score, set designs, the plot and the creature design (which I particularly enjoyed watching). There are all short enough that you don't get bored but have plenty of information and interviews with the main cast.

My mums summary of the film was that it was a lovely movie, she liked the added dimension that the Russian subplot added to film. She loved the friendship between Elisa and Giles in particular and thought that the dream sequence was really cute. My eldest had asked why I was so excited to watch this and I replied it was due to the creatures Del Toro brings to life, his response was to tell me that I must tell him if I liked the film as much as I had hoped and I can easily say to him that I did, I really enjoyed it. Whilst no moment had me going all soppy or teary, I did find myself on the edge of my seat and hoping for a happy ending (and yelling at the tv because Zeldas husband was being an arse).

If you like Del Toro or anything that's out of the ordinary (whilst paying homage to old B-movies) then this is a must.