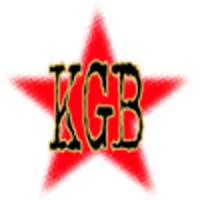 KGB Vodka Lemon is a blend of 100% premium vodka and lemon. It is lightly carbonated, refreshing and full of zest. The brand KGB was launched in Australasia in late 1997 and since its release, it has taken off with phenomenal success. Moving from strength to strength, it is now exported to countries as far afield as Brazil and China.

KGB is packaged in a stylish white-sleeved bottle that is easily recognisable.

i am not the biggest drinker of alcohol, however If I was to drink while socializing RTDs and Cider would be my drinks of choice. KGB Vodka and Lemon is a very delicious flavour combination made with 100% premium vodka and zesty lemon there is nothing not to like. The taste reminds me of lift but obviously with the added taste of alcohol.

KGBs are certainly very easy to drink (though I'm not quite sure that that is a good thing?). It has a smooth zesty lemon taste which just slides down, a 4 pack does seem to disappear really quickly. KGB has brought out some other flavours over the last few years raspberry flavour and apple flavour, however neither of them are quite as good as the real thing.

For the price you pay you really are getting a great deal as $9.95 for a 4 pack only adds up to about $2.50 a bottle which is a great price. The bottles are convenient, no need to measure and pour your own drinks, they fit easily into the fridge and are great poured over ice on a hot summers day. They do tend to be targeted more at a female audience than at males though my partner will happily drink them if this is the only alcohol in the house at the time.

I am not a big drinker, in fact I am not really a drinker at all. I drink socially on very rare occasions. Generally family get togethers, friends party's (House Warmings and birthday party's, not just because party's), and our traditional Boxing Day party, held at our home every year.

When I do drink, I tend to just grab whatever per-mix pack is on special at the time, or the cheapest. KGB lemon is quite often that drink. For many years ai had an aversion to Vodka, brought on by it being the drink responsible for my first (and last) ever 'embarrassing and horribly' drunk moment on my 18th birthday. It was a terrible experience lol and I vowed never ever to touch vodka again.

This lasted for a few years, and then I needed a cheap and easy drink for a 30th one year and I grabbed a 4 pack of KGB Lemon. It is an easy drink to consume, possibly a little to easy. I am glad that I only grabbed the one 4 pack, or I could have possibly found myself in a state similar to that of my 18th. Decent sized bottles. Decent price. Decent flavours. Easy to drink. What more could you want.

KGB Lemon. I haven't had this drink in a few years now. When I was a teenage, I loved it. It was the first thing in my mind that told me I was growing up. I was drinking Vodka! It was very sweet and lemony, and went down so smooth, that they would disappear very quickly.

I bought this because the advertising was aimed at me and people my age at the time, so everyone was drinking it. But as I grew older, I got bored of drinking the same thing. The other flavours did not appeal to me, so I tried other things outside of KGB.

It was then that I realized that KGB was nice, but it wasn't anything special. It was the first RTD I had tried, and that's why I loved it, but there were so many better brands and flavours out there. I tried it again after many years of not drinking it, and it was quite shocking how sweet it was. It was like drinking Lift or Sparkling Duet; nice and flavourful, but potentially dangerous in an alcoholic drink when you can't taste the alcohol. Certainly nowhere near the bottom of the ranking, but also nowhere near the top.

I agree with the last review this is very easy too drink, perhaps too easy! It is nice and sweet and does not have an alcohol taste at all it almost tastes as though you are drinking a bottle of lift. It is nice and fizzy too so is even refreshing on a hot day. These are a really good price on special you can get a box of 12 for around $20, or a four pack for $9.99 so with the bigger pack you get more for your money. The four pack is convenient to get for a good night in, four is about all you need because although they do not have a high alcohol volume they are so easy to drink they certainly do have an effect after only a couple of drinks.

They in my opinion are definetly more a drink for the girls than the boys and are quite an appealing drink to have on a Saturday afternoon with a couple of girls around not quite as sophisticated as a nice bottle of sav though. All in all they are a great tasting drink, low on price and great value for money. Just be careful you don't have too many or drink them too fast seen as they go down so easily.

This is very easy to drink, sometimes a little too easy :) You cant knock the convenience of an RTD, who wants to be mixing drink after drink when the work has already been done for you in a very handy premixed bottle.

Like most RTD's they can be pricey but you soon forget about it once you take your first zesty sip.

I highly recommend that you try an ice cold KGB... you wont be sorry

I love having a nice refreshing KGB on a hot summers day, its the perfect summer drink i think, to me it sings socialisation and summer fun, its easy to drink and so relaxing to have at bbqs

This is my favourite drink. I can not get enough. I love the lemon flavour. The packing is awesome. The price is great. I will keep drinking them as long as they are made. They could have more vodka in them to what is but I find them really refreshing and easy to drink. I love the simple easy to recognize packaging. I love to take the labels off when finished and make art work out of the labels when emptied.

This is your Average Vodka and lemon drink. Like others, it's got a good taste, it doesnt't leave an aftertaste, and is easy to consume.
The main appealing factor of this drink for me is, the vodka and lemon flavour. Generally I like vodka, especially vodka and lemon, and this filled my needs.
The price is acceptable, I wouldn't object to a couple of dollars being knocked off the price, but c'est la vie.
Overall a good drink, I'd drink it again, but I wouldn't travel halfway round the world to get it.

(NZ grapefruit) - The huge PMO grapefruit is traditionally found in New Zealand backyards. It is a sweet and rich fruit that in its liquid form gives your tongue a wake-up zing.