« The Hobbit: Battle of the Five Armies (Extended Edition) review 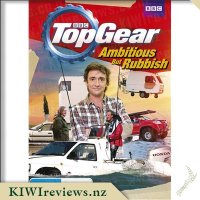 Can you build your own amphibious car? Can you make a space shuttle from a Reliant Robin? Can you destroy a Toyota Hilux pick-up? In the course of finding out, Jeremy Clarkson, Richard Hammond and James May have risked their limbs, their lives and what little is left of their dignity.

Top Gear: Ambitious But Rubbish re-lives many of the greatest and boldest endeavours in all their splendour. Richard Hammond presents each of the famous creations from the past 21 series of Top Gear, introducing memorable Top Gear builds to fans old and new, including the Train-Cars, James' Caravan Airship, the Hammerhead Eagle-i Thrust and the Hovervan. 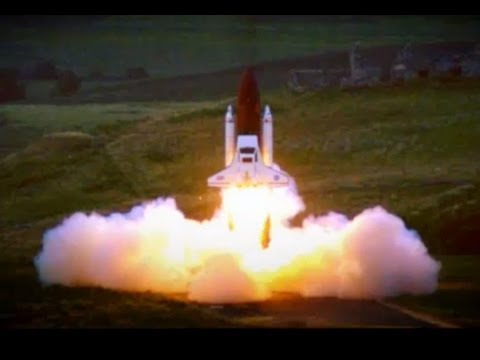 Many great inventors started out making utter rubbish, but they kept trying new things and eventually came up with amazing and useful things by learning from their mistakes. These three chaps never seem to learn, and just keep bollixing it up to the delight and entertainment of the viewers, and the horror and anger of innocent passers-by.

Some of the creations the lads have slapped together actually performed far better than expected... I suspect due in large part to some heavy-duty professional assistance off-camera, because the 'barely holding together' jobs the lads do by themselves show up plenty, yet suddenly vastly superior version spring from the workshops at the last minute - a prime example being the Hovervan. First version sinks without ever hovering on water... but a "slight tweak or two later" and the second iteration looks pretty high-tech and actually worked... until the lads got behind the controls. Then it was a bad day to be trying to have lunch by the canal-side or enjoy some peaceful boating in anything short of a warship.

While I absolutely loved the clips, and the zany antics and ideas of the lads, I have to admit to being dumbfounded by the sheer stupidity of the producers. Having been a regular watcher of the show, I know that some of the 'creations' were rejigged years later with greater success - eg. the amphibious vehicles, where cars and a ute were converted to be water-worthy as well. First iteration: utter rubbish. Second iteration: Slightly less rubbish, and one of them actually managed to work far better than expected... so WHY ON EARTH did the producers think it a good idea to put the SECOND version on the discs BEFORE the first version?! It boggles the mind, and gave a jarring break in the flow of the clips.

Compiled and released after the demise of the show due to Clarkson's infamous outburst, this collection is fronted by Richard Hammond alone. The BBC won't pay Clarkson to appear in front of a camera ever again, and I suspect James May has slithered off in shame, to focus on his foodie tours or something. I don't mind, I think Hammond was awesome as a host, and despite being second-fiddle to Jeremy and often the target of ridicule for his car choices and his short stature, he always struck me as the host I could connect with the most. Less of a limp facecloth than James, and far less abrasive than Jeremy. I am also a huge fan of his science series, which I find just as entertaining and informative, because of him as the host.

Overall, ignoring the annoying chronology glitches, and the odd continuity error, this is a series to be loved by any Top Gear fan, but also for any madcap inventor who wants to see what's possible if you have the ideas, the tools, and the budget to just let your imagination go wild. My favourite - the Space Shuttle!

99.9% of creatures that have ever lived on this planet are now extinct. Imagine if you could travel back in time and see them. And what if extinction didn't have to be forever? What if you could bring them back to the ultimate wildlife sanctuary...to Prehistoric Park?

Nigel Marven does just that as he travels back to prehistoric times to rescue some of the most magnificent creatures that have ever walked this Earth. Once ... more...