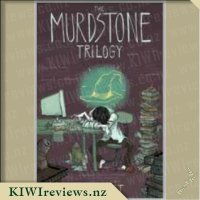 As a young adult novelist Philip Murdstone has won all the prizes, but his sales are miniscule and he loathes himself. Does he suffer a nervous breakdown or does he get drunk at his local Devon pub, accidentally fall asleep in a stone circle and summon Pocket Wellfair, a fantasy character who dictates inkage, which proves to be world bestseller fantasy material. BEWARE This novel contains foul language and foul thoughts.

The idea around this book intrigued me. As a male that consumes more than his fair share of alcohol, and also writes a bit of literature himself, I could instantly feel a stab of empathy towards the protagonist described. The story follows a character that struggles with social anxiety, depression, and has in-depth knowledge of autism. This leads to a story that splits itself into many different parts; the story he wants to write, the story he is told to write, the story he is given, the story he attempts to escape from, and the story he is forced to write. All occurring within the same timeframes as his own life becomes nothing more than an inconvenience.

The protagonists preference to writing novels for the young, autistic, socially awkward children, comes through at the start of every chapter, with a very in-depth cacophony of descriptive adjectives, metaphors, illustrations, representations, and interpretations, that paint a lucid, if sometimes disturbing image. Some of the imagery is so vividly accounted that it could bring about an involuntary gag reflex.

When researching the book, I was rather interested to see that this was the authors (Mal Peet) first attempt targeted at adults, rather than his entire works before that had been targeted at the young adult. This is a focal point that is very much replicated in the novel, and is quite on the nose with it. Unfortunately, I also learned that the author has since passed away, and this was his final works...which could in fact lead to more similarities between real life and the novel that he has created.

The story itself, can be disruptive to read. A normal story book will only focus details on the parts of the story that will be important to the progression of the story. In the murdstone trilogy, the details are trivial, but become themselves a part of the story, an indicator if you will, or the direction of the plot. Beyond the opening descriptive stanzas, the novel takes up the usual story-telling narrative, almost feeling like a completely separate book.

A very interesting read, that ends in a unconventional way. With the regular changing of narrative origins, as characters come and go, I'm still unsure as to whether, I would call this novel's direction genius or idiocy. It certainly provided much of what was expected, and everything that I wasn't. Switching between focus points, providing a plot device, and then not using it again, clarifying a truth, and then proving it false. The lines between the reality and fiction quickly blur, and it is a challenge to comprehend in the traditional sense. But it is a fun story. Not too long, not too short, and it provides exactly what the world needs; an original, unpredictable story.

I was intrigued by this book when I first saw it. The blurb about foul language and thoughts was enough to make me want to read it. I read a lot of young adult books anyway, because I'm not big on the type of gore and violence that comes from more adult books. I'm also quite into fantasy novels. I like Eddings and Pratchett and a few other authors.

As I started to read this book, I immediately felt that it was familiar but different to anything I had read before. There are swear words within the first few pages, and many sexual references as well as not quite gory but certainly disturbing imagery - this is definitely not written for your tween reader. The story drew me in, and the rich characters were all deeply flawed. This gave way to plenty of comic relief despite the horrors that are going on.

Even after reading the book, I'm not sure what was real and what wasn't. I'm not sure if the main character was just going completely mad with schizophrenia. Or if he really had stumbled upon some kind of weird portal. I was left with a lot of questions, though none that needed answers as such. I'm just glad that I finished reading it during a break at work, because I can't imagine what my sleep would have been like if I had read it into the night.

The prose in this book is highly descriptive. For me this wasn't a problem, though I found it slightly more difficult to read because of it. It seemed to take a while for the action to get going because of all the surroundings being careful laid out. This is an on-going thing, the imagery of the words seem to be paramount. Glimpsing into the minds of Murdstone and other characters was fun. It was really cool to see how his madness was being interpreted by others in his wee village and in the outer world too.

I would say that if you enjoyed Ben Elton books then you might enjoy this. I have read a lot of Ben Elton, and while Peet doesn't meander off topic and digress, his style and black comedy reminded me of Elton. I'm definitely going to be encouraging my husband to read this one next.

A Child's First 123 Counting: In this enchanting counting adventure, follow the dreams of a sleeping girl and meet favourite characters from fairy tales and folk stories as you journey from one to ten and back again.

A Child's First ABC Alphabet: B is for boy...but in Alison Jay's ABC, B also stands for basket, beehive, and butterfly! Simple in format, with a letter and word on every page and bright paintings of ... more...