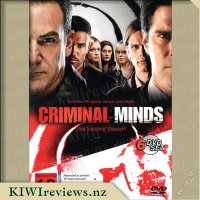 Criminal Minds revolves around an elite team of FBI profilers who analyze the country's most twisted criminal minds, anticipating their next moves before they strike again. Special Agent Jason Gideon (Mandy Patinkin) is the FBI's top behavioral analyst and he joins the Behavioral Analysis Unit lead by Special Agent Aaron Hotchner (Thomas Gibson), a family man who is able to gain people's trust and unlock their secrets.

Also on the team are Elle Greenaway (Lola Glaudini), an agent with a background in sexual offenses; Special Agent Derek Morgan (Shemar Moore), an expert on obsessional crimes; Special Agent Dr. Spencer Reid (Matthew Gray Gubler), a classically misunderstood genius whose social IQ is as low as his intellectual IQ is high; and Jennifer "JJ" Jareau, (AJ Cook), a confident young agent who acts as the unit liaison for the team. Each member brings his or her own area of expertise to the table as they pinpoint predators' motivations and identify their emotional triggers in the attempt to stop them.

Season Two packs a punch, following on from the cliffhanger of the previous season we see a team member fighting for their life and then later we loose a member of the team, gain a new one, have one abducted and tortured, another has a huge secret revealed and another looses someone close to them. We learn a lot about some of the team and their history and past, so not a season you want to miss if you want to learn more about them all. We're also not limited to one town or city, travelling all across America and dealing with people from different backgrounds, rich, poor, living on the street and so on, showing that, of course, no one is immune to someone with death on their minds.

"Aftermath" is a good episode for showing PTSD and how wrong things can go when not treated after an officer has been in a bad situation. "The Last Word" provided some amusement with two serial killers competing with each other, dobbing them in to the police etc. There are quite a few good episodes this season, all follow on well from the other and most are done well enough that you don't need to see them all but it does help if you can see all the episodes in order, especially when it comes to more of the team relationships.

Looking forward to seeing season three and how everyone recovers from the final episode of season two.

When the generator goes down in the middle of the night, the crew has to crawl through the mile-long labyrinth of service ducts to restart their engines. On their journey they discover a few surprising things about one another - including what Lister once did on top of a crate of canned asparagus.