How to Speak Dolphin review 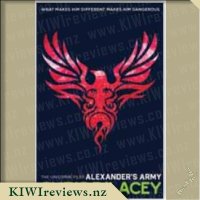 I have not read the first book in this series, but it was not important - this is very much a standalone novel and I found that not having prior knowledge did not matter at all. I liked the opening paragraphs: from the very first word the reader is catapulted into the story, becoming an honorary member of the Malone family as he or she follows the adventures of Michael. Magic abounds in this tale: it is all too easy to suspend disbelief and go along with accepting Michael's special powers, the ability of two-dimensional characters to suddenly come to life, and the whole concept of transforming from one life form into another.

The very idea of a young boy being recruited by the Unicorne organisation because he is the only person with the ability to carry out a mission for them (because of his special powers) is in itself an interesting idea. But throw into the mix a shop that sells unusual comics, a girl who is sometimes a bird, and a couple of highly unusual father and son conflicts, and you have the makings of a first-class spooky adventure story.

I found the main characters believable (sometimes scarily so) and actually started to feel sorry for Freya. It was difficult to know who Michael should trust: every character seemed to be hiding something and it was often hard to know what was real, what was fantasy, and what was outright lies! It would be quite unnerving to live in a world where you could not be sure just who you could trust, and have to constantly be on your guard against concealed weapons and hidden threats.

An air of normalcy, provided by the characters of Michael's mother and his know-it-all little sister, prevents the story from becoming too farfetched. There are times when even this down-to-earth pair is under suspicion, but luckily they come through as the only characters who keep Michael grounded. For a fantasy to work, there needs to be just enough mundane content to anchor the reader to the real world.

I like the way that the author describes the "auma" rather than using the word "ghost". It somehow makes the whole idea of "haunting" more poetic as it refers to a certain feeling or impression rather than a supernatural being. And it makes it slightly more plausible for the sceptics. The style is generally quite informal, using jargon only occasionally to illustrate a point. This means that the story is accessible to the average young reader.

Having finished the book in record time, I am now intrigued to follow Michael's adventures in the third book of the series. I look forward to reading it and finding out what happens as he embarks on the next step of his assignments for Unicorne and his quest to find his father.

The fairy people have wiped all knowledge of their world from the brain of the only human they're scared of: criminal genius Artemis Fowl.
But now they need him - and fast.

Evil pixie Opal Koboi is planning world destruction. Stopping her will involve clearing Captain Holly Short's name of murder, springing a kleptomaniac dwarf from jail and convincing a super-intelligent centaur that he doesn't know it ... more...