« The Day of the Triffids review

ProdID: 628 - In Your Honor
Performed by The Foo Fighters 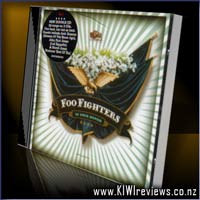 In Your Honor product reviews

'In Your Honor' is the 5th studio album from the Foo Fighters and is a work of extreme contrasts. It's a double CD: one disc is the Foos at their most powerful - a rocking collection of tracks that Dave even calls "brutal" and "aggressive". The other disc, an Acoustic affair, is the exact opposite, but perhaps could be seen as the yin to the yang. Dave refers to this disc as "delicate" and "beautiful". Grohl's philosophy behind the approach was that by polarising the discs in this way, it allowed them to fully explore the true nature of each song. Rather than forcing a gentle acoustic song into a rock format and vice versa, or worse still, trying to combine the two styles and have the song uncomfortably sit somewhere in the middle, this approach allowed much greater freedom for the band to produce an album without compromise.

The album also features some amazing guest performers including the very talented Norah Jones and one of Dave Grohl's musical mentors - John Paul Jones from the legendary hard rock band Led Zeppelin. Jone's played on three tracks with Mandolin, Mellotron and Piano, respectively. Grohl describes this as one of the musical high lights of his life!

"Best Of You" is the first single from 'In Your Honor' which rocks in true Foo Fighters style - the power and the hook to satisfy your senses and a little bit of lyrical questioning to keep our minds in check too.

Foo Fighters wanted this album to be the one they are remembered for in 20 years time, and i think it will be. probably would of prefered if they only made the rock side, as the accustic is just a bit too mellow for me (hense the low score in composition). But the fact that they made an accustic side adds to the whole appeal of the album. The rock side, to me is pure brilliance each song has its own feel yet not going far from the Foo Fighter style of past albums, any one of them could do well in single release.
10 songs on each cd is another good feature as you dont end up with an overload of music from the band, as some cds with 15 songs per disc is a bit much
presentation of the whole cd is great, everything is well laid out and looks like they spent a bit of time on it.